The West is exposed to its naivety about Russia, its history, its culture, and motives. The West tried its best to first wipe euros from Russian coffers by imposing a spade of sanctions. And now, it wants Russia to lose its standing as an international colossus, and the fig leaf of “great culture” 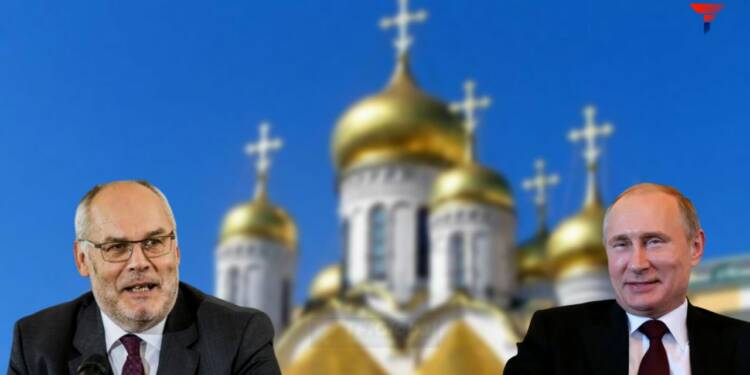 Alar Karis: The Russian Orthodox Church (ROC), alternatively legally known as the Moscow Patriarchate, is the largest autocephalous Eastern Orthodox Christian church. It has 194 dioceses inside Russia. The primate of the ROC is the Patriarch of Moscow and all Russia.

From displaying Russian artworks in museums to following Russian culture and language, all is being viewed as a community stability threat in these nations. Hence, they are now demanding a breakaway from the Russian Orthodox Church.

From Lithuania to Latvia and now, Estonia every nation has demanded the separation of their Orthodox churches from the Moscow Patriarchate. The Lithuanian Prime Minister requested the separation of the Lithuanian Orthodox Church from the Moscow Patriarchate to the Patriarch of Constantinople on May 18, 2022. The Latvian Saeima then passed a bill on the independence of the Latvian Orthodox Church on September 8. Additionally, on October 12, the Estonian government gave the head of the Estonian Orthodox Church instructions to denounce both Patriarch Kirill’s comments on the fighting in Ukraine and Russia’s invasion of that country.

Read More: Estonia’s actions are on the verge of pushing it into non-existence

The public and the administration have been venting out their frustrations and are fighting Russian culture in most of the EU nations but in Estonia things seem to stay in place.

Alar Karis, the president of Estonia, disagrees with recent anti-Russian statements made by Ukraine and the neighbours of the Baltic nation, saying there is no need to “fight” the Russian language. His remarks follow the Tallinn government‘s adoption of language standards for education aimed at the nation’s one-fourth of residents who speak Russian at home.

Multiple languages is a good thing, “until they put chips in our heads and we can understand others automatically,” Alar Karis told the ETV broadcaster in an interview recorded on December 29.

“Language is a tool,” he said. “I see no reason to fight against languages. Russian itself is a language of culture. And Russian, unfortunately, you need to start learning earlier than other languages, because it has a different alphabet and it is more difficult to master. At least that’s what the teachers say.”

In light of the turmoil in Ukraine, officials in Kyiv had just made a demand for a boycott of Russian language and culture when he made his remarks. Simonas Kairys, the cultural minister of neighbouring Lithuania, has argued that an outright ban on Russian culture would be “authoritarian” and has suggested a “mental quarantine” as an alternative.

Alar Karis claimed he knew ethnic Russians who now refused to speak Russian due to the conflict in Ukraine, but described this as a “passing phenomenon.”

“You shouldn’t blame the language for anything,” Alar Karis added.

Alar Karis addressed the language issue in part because of Estonia’s campaign to exclude Russian from school settings. By 2024, all kindergartens and elementary schools will solely offer teaching in Estonian, thanks to a plan approved by the education ministry on December 17. The national language proficiency of all instructors will be a condition for employment.

Read More: EU’s sanctions on Belarus are as real as ‘Count Dracula’

Alar Karis argues the wiping of Russian culture won’t do any good, which indeed is true. Now here’s a moment of truth. The West is exposed to its naivety about Russia, its history, its culture, and motives. The West tried its best to first wipe euros from Russian coffers by imposing a spade of sanctions. And now, it wants Russia to lose its standing as an international colossus, and the fig leaf of “great culture”.

Russia is a champion against fascism and for the rights of former colonies, and the West wants to see all that blowing away. But, Russian culture has come a long way and it cannot be easily wiped off.