In Sahel, the distrust and resentment against the West and pro-Russia sentiments are already growing and it is bound to have its implications for Chad too in the coming days 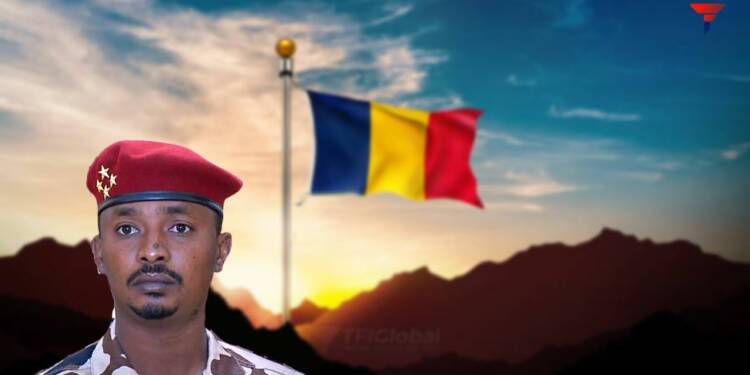 Recently, as per a report, Chadian security forces have foiled an attempt by a group of army officers to destabilise the country and undermine constitutional order.

The government in a statement said, “This plan was devised by a restricted group of conspirators composed of 11 army officers,”. At their head was Baradine Berdei Targuio, president of the Chadian Human Rights Organisation. Security services have been arresting people linked to the plot since Dec. 8 and have seized military equipment it said.

Chad saw an unprecedented political crisis after the battlefield death in 2021 of longtime ruler Idriss Deby, after which his son, Mahamat Idriss Deby seized power. The opposition parties in Chad have denounced this “institutional coup”.

Protests have also taken place in the country demanding the military to cede power and transition to civilian rule. Some 50 people were killed and 300 injured when hundreds took to the streets to demand a quicker transition to democratic rule. However, the government described it as an “armed insurrection”. But according to human rights groups, the unarmed civilians were massacred as security forces brutally cracked down on protesters. After promising transition to democracy Mahamat’s regime has thus shown its true colours and his autocratic tendencies have signalled that democracy is not around the corner in Chad anytime soon.

Let’s understand here that if the Mahamat’s regime has unleashed such brutalities on protesters and is still running with impunity, it is because the West has let him. Chad’s loyalty and its geopolitical importance to the US is what has saved it from facing US sanctions.

The current Chad leader, Mahamat Deby established a transitional government with a promise to bring back democracy and restore civilian rule. However, it saw a two-year extension of the transition and Mahamat Deby announced himself as the head of the government. Deby also scrapped the constitution, dissolved the parliament along with suspending elections.

While Guinea with a similar political crisis was punished by the West with sanctions, Chad was spared and instead received financial assistance.

Further, the US also can’t afford to lose Chad as this is the last hope for the West through which it can stay relevant in the Sahel region. Thus the West wants to use Chad as its base in the region to fulfil its geopolitical objectives, especially after its debacle in the other African countries in the region like Mali, Burkina Faso, Niger etc.

Read More: French are truly and fully out and Mali is a Russian ally

The popular sentiment in Chad is clearly not in favour of its military ruler. There is growing resentment against this regime which is increasingly becoming oppressive. Opposition groups and civil society have taken to the streets to protest against this regime however it has been met with severe suppression with mass arrests and even killings. As per reports, scores of pro-democracy demonstrators were killed and injured in some of the worst repression in the country’s history. Thus, it can be inferred that with the recent development this government will not last long. Along with it, the West may also have to face resistance from Chadians and its interference will have to stop. In Sahel, the distrust and resentment against the West and pro-Russia sentiments are already growing and it is bound to have its implications for Chad too in the coming days.