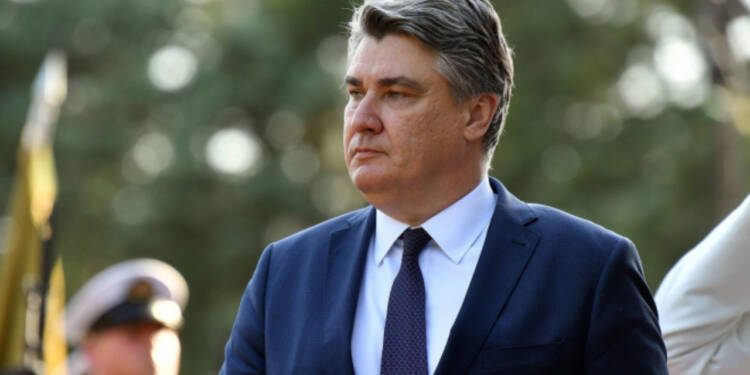 Croatia adopting Euro: Croatia has landed into a kerfuffle recently. The country has joined the single currency area for the first time ever since it became an EU member in 2013. Croatia is finally going to switch to the single currency and is taking steps in the direction of European integration but is it really as incredible as it sounds? Well, the move has met with the public’s ire. They argue that the adoption of Euro will destroy Croatia.

Croatia was hit by price increases just 48 hours after adopting the euro, infuriating the populace, and consumer advocacy organisations. The latest price increases directly associated with the move to the single currency sparked significant outrage on the third day of Croatia’s eurozone membership.

On January 1st, Croatia became the twenty-first country to join the eurozone, and Sunday saw a brief visit to Zagreb by Ursula von der Leyen, president of the European Commission.

In spite of prior guarantees from the government and the central bank that there wouldn’t be any upward rounding off of prices once the euro became legal tender, several citizens noticed price increases from merchants and service providers on Tuesday.

But there isn’t much celebration going on in Zagreb, the country’s capital. The people of Croatia are angered over the move. The switch to the euro may result in a lack of currency for some people, especially coins. Others are almost convinced that it will raise costs because merchants would round down prices that were previously indicated in Kuna. This will increase inflation, which peaked in November at a high of 13.5% year on year.

A hairdresser named Ivanka Popek, says that she is most concerned about conversion during the first two weeks of January since people will still be able to pay in the national kuna currency, but change must be given back in euros.

Read More: Why did the EU open its borders for Croatia, but blocked it for Romania and Bulgaria

“My biggest worry is that people may come with 200 and 500 kuna notes and expect me to return the entire change in euros, almost treating me like an exchange office,” Popek said.

The central bank announced in a statement to EURACTIV that all ATMs would be prepared to issue euro notes starting on January 1 and that “most of them will be operating immediately,” while minor issues with ATMs and banking software may arise during the night of December 31 and January 1.

Another significant concern for citizens is whether prices will increase with the introduction of the single currency.

Indeed, a manager at one of the leading retail chains in Zagreb confirmed that. Speaking to EURACTIV on condition of anonymity, he said that  “in the last three months, there has been an extraordinary hike of prices, and it was not all related to inflation but more likely to the euro”.

“For example, energy input rises 10%, and prices are raised by 30%. Or energy goes up 5%, and prices rise 15%. And now, in the past month, we have also seen the rounding off of prices, to make it easier to calculate in euros.”

The government vowed to control the situation on the ground to avoid unwarranted price hikes. In reality, however, that did not happen.

Moreover, the adoption of the single currency comes at a time when the country’s economy is already in shambles. Not just Croatia but the whole continent is now bearing the brunt of its own actions. European nations are already struggling with skyrocketing inflation. The purchasing power of people has already weakened and hence the people are now worried about what ensues when the Euro comes. They are now considering the step of adoption of the Euro as a big mistake.