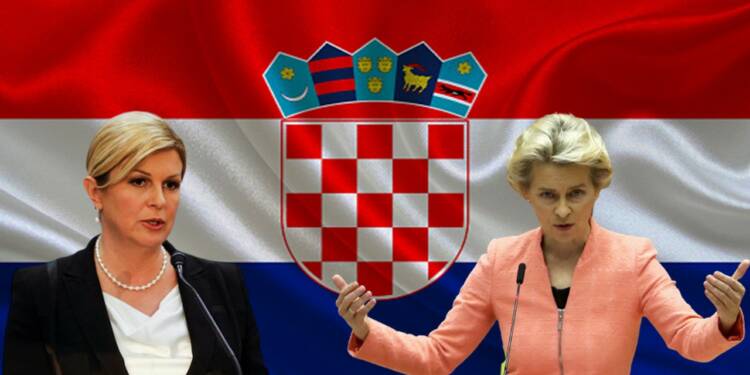 Schengen visa: It is a well-established fact that the US is fighting Ukraine’s war against Russia but is the US alone in the drill? No, it has somehow propelled the whole West to accumulate their powers and sabre-rattle Russia. Many prosperous Western countries have shattered into pieces owing to this bid of the US but some very smart nations have pulled their strings from the warfare, who are now facing fierce pressure from the European nations.

One such nation is Croatia. The EU recently fulfilled Zagreb’s dream by accepting it in the Schengen zone, ignoring two other Balkan nations in line. But, this was no favour on the EU’s part, in exchange it asked for its same old long-standing demand which came crashing down on Croatia. The EU and the US have been pushing the nation to take on the path of assuaging Ukraine’s military needs. And how did Croatia respond to the EU’s demands? By saying a clear ‘NO’ to it.

On Tuesday, Croatian President Zoran Milanovic stated that Ukraine “is not an ally” of his nation and warned against bringing “war” to the Balkans. “Ukraine is not an ally. It’s being forcibly made into one. It was cynically granted the status of an EU candidate. That’s what the EU is today: squalor, zero.”

In a press conference, he also slammed Prime Minister Andrej Plenkovic’s intention to train the Ukrainian military in Croatia. According to Milanovic, such a move would “bring war” to the country. “You keep pushing moral blackmail,” he addressed Plenkovic, “but you have no morals yourself. Go to Ukraine and fight.”

You see, the West has been funnelling aid to Ukraine on America’s orders without realising that their own military resources are getting exhausted. These countries are now facing a shortage of weapons except for those who decided to stay neutral and look for their nation’s interests first. The EU and the West have been compelling the neutral breed of countries like Greece, Spain and now Croatia to join them in their pro-Ukraine propaganda.

Speaking of the Croatian military’s preparedness to fight, Milanovic noted it had a shortage of anti-tank rockets, for example. “We have Americans, who will defend us the way they defend the Ukrainians. Great!” he said sarcastically. The president’s remarks came after Croatian MPs failed to pass a motion to join an EU programme aimed at training 15,000 Ukrainian military people to confront Russia. Only 97 Croatian MPs out of 151 voted in favour of the measure last week, falling just short of the two-thirds majority required to approve.

Milanovic, Croatia’s commander-in-chief, warned ahead of the vote that joining the programme may make Zagreb a target for Russia. Whereas, the country’s prime minister Plenkovic, whose cabinet supported the mission, accused Trump of harbouring “pro-Russian attitudes.”

The EU by fulfilling Croatia’s Schengen visa zone dream, thought that it could gain the support of the country in fuelling the war but alas! Its dream got shattered by the country’s president.

Recently, Croatia was given the green light for Europe’s Schengen visa-free travel zone starting from January 1.  But Romania and Bulgaria have been denied approval. With Schengen visa, member states have the chance to prosper in a unified visa policy for international travel since it is a component of the EU’s broader area of freedom, security and justice policy. While blocking Romania and Bulgaria, the EU opened its borders to Croatia. The Council of the EU, which represents EU countries, revealed the decision last Thursday with the ambition of fulfilling its underlying agenda, but little did the EU know that Croatia, unlike other nations, is in no mood of pushing its fate into the abyss.

The world has witnessed that every nation which joined the Russo-Ukraine war is now facing a crisis of sorts. These nations are already struggling to store gas and oil for winters and putting daily bread on the household tables. But still, they don’t have the guts to toe a fine line between their national interests and that of the US. But, countries like Croatia are smart enough to comprehend that sending any aid to the war-torn Ukraine directly implies having Russia come knocking on its doors.