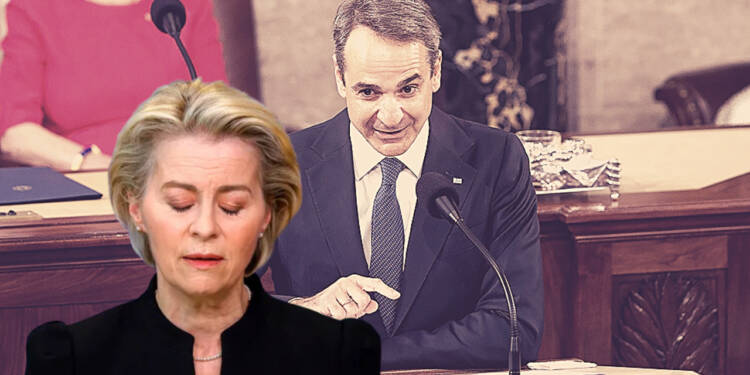 The Russo-Ukraine war apart from opening a pandora’s box on the West did reveal some harsh truths that the US is finding hard to digest. The West has always been at swords with Russia as it can’t tolerate Russia’s hegemony in the world. The whole West spared no effort to counter Russia but did it actually succeed? The answer lies within the fact that the US along with it propelled every single nation to fight Ukraine’s war and still Russia continues to stand rock steady in the cyclone. The war traversed from Russia Vs Ukraine to Russia Vs the whole West, which itself proves our claim.

Despite facing extensive pressure from the European nations to join the war, some countries resorted to staying neutral and toeing a fine line between the West and Russia. Evidently, they are now reaping the benefits of that neutrality. By detaching their strings to the warfare they are thriving and flourishing. But, this is irking the nerves of the European nations who have put their souls with their resources out for winning the war which is not even theirs.

And now they are forcing prosperous European nations like Greece and Spain to assuage Ukraine’s military needs.

The Greek government is now in a diplomatic bind as Washington pressures Athens to supply Russia-made S-300 anti-aircraft missile systems to Ukraine while remaining silent on replacing them with US-made Patriots.

According to the news website News247, Washington is forcing Athens to send the S-300s to Ukraine while refusing to replace them with their own Patriots. As per the reports, Defense Minister Nikos Panagiotopoulos has left the possibility of providing S-300s to Ukraine on the condition that the US first deploys Patriot missiles on the island of Crete and integrates them into the national air defence system.

He also stated that the same procedure would apply to any other Russian air defence system that the US wishes to deliver to Ukraine. This comes amidst Greece-Turkey’s enmity escalating, which is why Greece needs to ensure that its defence capabilities are not jeopardised.

While the US is pushing Greece to supply the Russia-made missile systems to Ukraine, the country is facing a fierce warning from Russia against the move.

“We consider the provocative intentions to supply the Kyiv regime with the S-300 and other Russian/Soviet-style air defence systems openly hostile to Russia,” said Russian foreign ministry spokeswoman Maria Zakharova.

Zakharova added that one should have no doubt that all military equipment sent to Kyiv will be “promptly detected and destroyed by the Armed Forces of the Russian Federation”.

“Before it is too late, Greece can abandon the dangerous plans. Once again, we warn the Greek leadership of its responsibility”, she added.

Now, the government of Greece is facing a diplomatic deadlock. You see, the rich European nations who have put their resources at stake in the war are now scrambling to push growing nations like Greece to empty their coffers too.

We know how Greece paid back the dues it owed to the EuroZone nations when the rest of Europe was bleeding money in the war. And the startling fact about it is that Greece has paid back ahead of schedule 2.7 billion euros ($2.87 billion) in loans it owed to eurozone nations as part of the country’s initial bailout during its ten-year financial crisis.

In exchange for tough austerity measures, the Eurozone and the IMF jointly loaned Greece more than 260 billion euros during the crisis that began in late 2009.

While the West is grappling with several crises, Greece is prospering as it took a path less travelled. And, the guts to take that path has reaped benefits for it. Greece played absolutely smart throughout the war and now it’s richer than ever. But, that newfound prosperity of Greece is giving sleepless nights to the rich nations in Europe. They are now in a bid to thwack Athens to their levels.