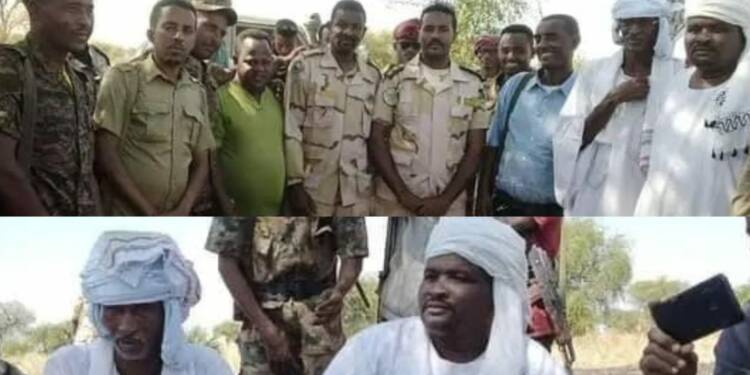 Ethiopia and Sudan border dispute: Western nations’ parasitic practices have long prevented African emerging countries from fairly participating in the wealth of their own natural resources, jeopardising their efforts to pursue emancipatory economic and social development programmes. The West has historically pillaged Africa. African servitude was the foundation of Western riches. Because of the world’s unfair treatment, particularly by the West, African nations have realised the importance of self-sufficiency, self-determinism, and unification in today’s geopolitical atmosphere. Many nations in the region have recently made it quite clear that they will not stand by while Western powers continue to exploit them.

African leaders have started to work together for their continent’s growth and development. They have begun to solve long standing issues and are stressing on areas of cooperation. Even the African citizenry have started to shed off their ethic and cultural differences and follow a path of unity in diversity.

Recently, Ethiopians residing in Western Gonder, Quara district and the Sudanese residing in Ankurana and Kerchedi villages held people to people discussions aimed at addressing root causes infrequent insecurities and to guarantee security and cementing lasting peace in their borders.

According to information from the Amhara regional state Communications Bureau the dialogue was held among the neighboring communities with the presence of the security forces and community leaders from both sides. The participants have discussed on how to ensure lasting peace, preventing animal theft and tackling human trafficking, it stated.

Desalegn Moges, head of the Quara District ruling Prosperity Party, said that the people-to-people discussion has aimed at resolving security challenges among these neighboring communities, especially to halt human trafficking and animal theft.

Similar discussions held previously have helped exchange stolen animals on both sides, he said, adding that, by continuing such discussions, in addition to preventing animal theft and human trafficking, peaceful relations should be established between communities of neighboring districts.

However, tensions along the border areas and subsequent accusations against Ethiopia and Sudan seem to have subsided lately. On 18 December, the two countries have exchanged soldier prisoners who were arrested during the clashes that took place between the two countries around the Al-Fashaqa border strip, which is currently controlled by Sudanese forces .

Beginning in the 16th century, exploitation by powerful imperialist western nations became the new world order, resulting in pervasive exploitation of native populations and the inhumane treatment and deaths of millions of people. Even while much has changed since then, the industrialised world’s continued exploitation of the African countries hasn’t altered.

This is essentially what the West wants—to keep these under-developed nations perpetually reliant on them so they may continue to fill their riches by exploiting the vast resources of the continent. An empowered Africa would never be advantageous to the West. Africa’s enslavement served as the foundation for the riches of western nations.

Exploited and abused for millennia by white colonial powers and deceptive economic structures, there is a growing sense of solidarity and indications of resistance in the African continent. They would not succumb to the treacherous game played by the West anymore. African leaders and citizens alike understand that a holistic approach is required to usher in a new era of development in the continent and to begin with any such approach, all the regional differences should be put to rest.