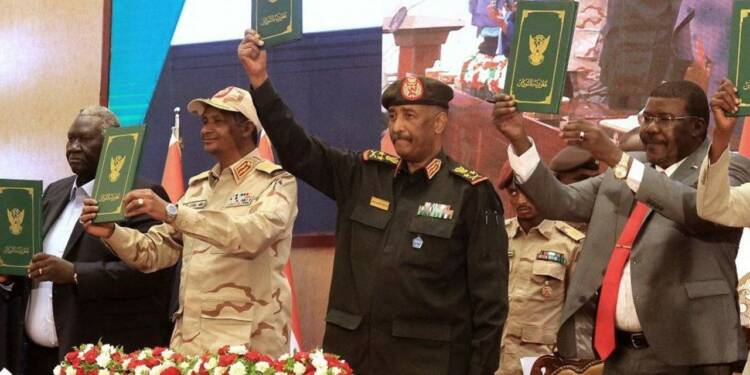 Sudan final political agreement: 2018 to 2022 will be remembered as one of the darkest periods for the Sudanese populace. A significant change in Sudan’s political landscape that began with nationwide street protests in December 2018 and persisted for almost eight months changed the nation forever. The protests ended with a coup d’état that toppled President Omar al-Bashir after thirty years in office. Al-Burhan abolished the Sovereignty Council, which had previously divided authority between the military and the people of the nation, when the military overthrew the government in the October 2021 coup.

Till Today, Sudan continues to face intersecting political and economic challenges, coinciding with increased violence involving paramilitary forces in peripheral areas as well as ongoing anti-government demonstrations in Khartoum. However now, the people of Sudan may take a little breather as a ‘final political agreement is on the way. Now, will the agreement serve the purpose of the return of peace? Let’s figure it out.

Almost a month ago, the military leadership of Sudan agreed to hand back power to civilian groups in a significant move to end the ongoing political crisis. A transitional two-year period led by civilian leaders was agreed upon in a deal unveiled in the capital, Khartoum. At that time, the pro-democratic protesters, who have been staging regular street protests against the army, rejected it. However, after a month-long tussle, the final phase towards civilian rule has formally started.

The final phase of the political process in the country is going to get facilitated by the tripartite mechanism of the African Union, the Intergovernmental Authority on Development (IGAD), and the United Nations. The final political agreement has several key points the civil forces and pro-democracy groups are calling to stress upon are as follows:

There are talks that the Sudanese who were severely harmed and exploited after the 1989 coup in Sudan need to be served justice and hence, the civil forces and protesters have decided to stress the issue.

However, what this overhaul holds for Al-Burhan, is currently in a predicament as the pro-democracy faction definitely does not want Burhan to take the charge of the military again.

The agreement was solely to resolve decade-old conflicts in Darfur, South Kordofan, and Southern Blue Nile led to the displacement of millions and the deaths of hundreds of thousands between both nations.

Now the signatories want a firm commitment to preserving the gains of Conflict-affected areas and women included in the Juba Peace Agreement.

Now, the June 30 regime’s institutional framework must be dissolved in a way that upholds the rule of law and respects fundamental rights in order to create a state that serves Sudanese society without discrimination or intrusion. The new peace deal is therefore also focused on this.

Read More: Sudan is mass producing gold and yet it remains impoverished

So, the final stage of the political process includes five axes, representation in justice and transitional justice, security, military reform, review, and evaluation of the peace agreement, the dismantling of the June 30 regime, in addition to the issue of eastern Sudan. Now, on each of the five issues, conferences and working groups will meet in turn, and the conclusions of these debates will serve as the foundation for a fair and final political agreement. The Sudanese appear to benefit from this deal. But its execution is where it all hangs. The Sudanese people want democracy to return as soon as possible. But frequently, the Al-Burhan government in Khartoum vehemently suppresses this demand.

Currently. Al-Burhan is advocating for democracy in Sudan, but will it happen? If it does then the end to the country’s military rule has arrived. Democracy will prevail. It’s time to work together to implement confidence-building initiatives as well as to construct an integrated democratic vision.