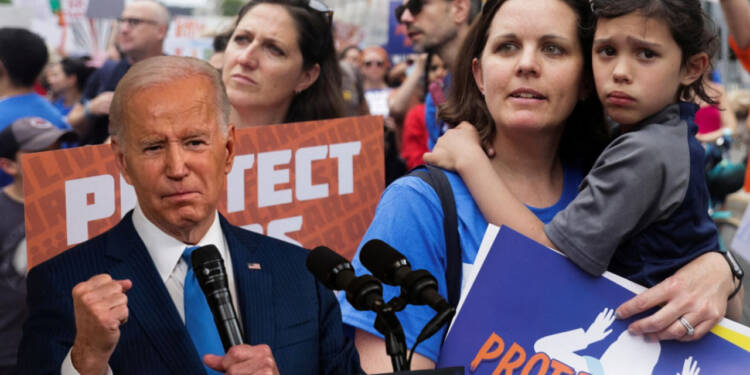 House Bill 5471: Can you imagine a country where a 6-year-old is brandishing guns and perpetuating crimes? No, right? But, surprisingly this is becoming commonplace in the US. The country’s laws allow its people to carry firearms in public for self-defence, which leads to more people being legally armed.

Everybody is aware that guns are deeply ingrained in American society. Americans have the right to keep and carry arms under the Second Amendment of the U.S. Constitution, and around one-third of American adults report doing so personally. This has led to extensive gun violence ranging from rising murder rates in some major cities to mass shootings. In a bid to counter that, some US states are now actively participating to ban the purchase. It might be music to Americans’ ears but the devil lies in the details.

Recently, Illinois announced a plan. A plan to ban the purchase of some armaments. On Tuesday, the Illinois House passed House Bill 5471, or the “Protect Illinois Communities Act,” described as “one of the strongest assault weapons bans in the country” by Democrat leaders in the state.

According to local news, the House Bill 5471 creates an “immediate ban on the sale and possession of defined assault weapons, although current legal owners may continue to keep their weapons under a grandfather clause. The ban also includes .50-caliber rifles and cartridges and rapid fire devices known as ‘switches.’ Magazines will have a limit of 10 bullets for long guns and 15 for handguns.”

The Illinois Senate passed the House Bill 5471 on Monday, and with the House’s Tuesday vote, the bill is expected to be signed by Governor JB Pritzker.

The House Bill 5471 also extends the period of time during which a person who has been flagged by the state’s “red flag” statute is prohibited from obtaining a handgun. With this step, Illinois is making gun laws a model for the nation. With the passage of this legislation, Illinois will become the ninth state to forbid so-called “assault weapons” and the fourteenth state to limit ammo and magazine capacity nationwide.

Then where do you think the weapons and ammo being produced at home will be sold? Either illegally at home or in neighbouring countries.

Gun sales in the US have been brisk in recent years. From 2010-2019, an average of 13 million guns were sold legally in the U.S. each year. In 2020 and 2021, annual gun sales sharply increased to 20 million. While the U.S. does import millions of weapons each year, a large number of firearms sold in the country were produced domestically.

According to a recent report from the Bureau of the ATF, the U.S. has produced nearly 170 million firearms over the past three decades, with production increasing sharply in recent years. Now, with domestic sales getting banned, the US is sure to try its luck internationally. The United States is notably not just by far the world’s largest military force, but also by far the largest supplier of arms. Whenever there is a state of war in any part of the world, we know the US jumps in to act as a proxy and keeps on fuelling the war by supplying armaments like that in Ukraine.

Read More: The celebrated US Howitzers sent to Ukraine have turned defunct

With Illinois banning the purchase, it is sure to create a domino effect in the country with more and more states coming forward to adopt the law citing the increased violence. And if that happens, the USA will lose its domestic market and will shift to an international one. As America is now exacerbating the war in Ukraine by supplying arms, who knows which country becomes the next war site? Perhaps, it can be Africa or any European country. Supplying weapons to terror outfits and military factions worldwide is what best suits the persona of the US. There have been instances when America sold its weapons to Saudis and Emiratis and they ended up being in the wrong hands.  Some ended up in the possession of Al Qaeda combatants. The rebels who are supported by Iran now possess that weaponry as well.

This is why the American gun culture has been troubling not just the Americans but its international partners as well. States in the USA have finally resorted to dealing with it but it seems to now be ringing the death knell worldwide.