St. Vincent and the Grenadines is troubled by rising homicides committed by illicit guns trafficked from the US. For a long time, Washington took no measures to put an end to the problem 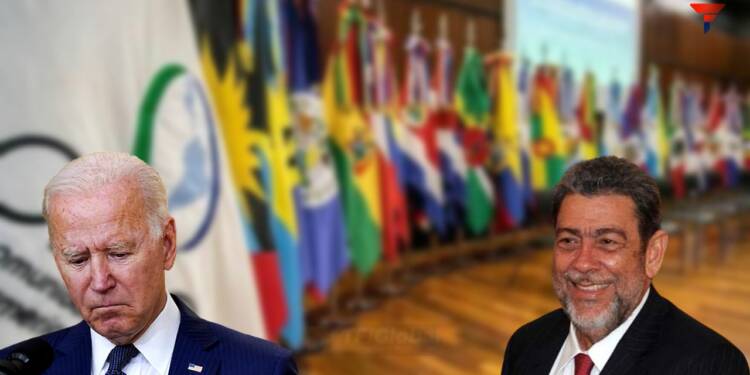 The government of St. Vincent and the Grenadines is making efforts to assume the presidency of the Community of Latin American and Caribbean States (CELAC). In fact, prime minister, Dr Ralph Gonsalves, announced in December last year about his plan.

However, it will receive hindrance from Brazil, which has re-entered CELAC following its withdrawal by former leader Jair Bolsonaro in 2020. Because the new president of Brazil, Luiz Inacio Lula da Silva, is a US-puppet.

Now, St. Vincent and the Grenadines is grappling with the problem of a large number of illegal firearms from the US. In fact, the skyrocketing homicide rate as well as illicit drug trade in the nation has been linked to guns exported from the US.

Unfortunately, a majority of murders in St Vincent and the Grenadines occurred inside a 20 square mile area, where around fifty five to sixty thousand people reside. The CELAC stated that though the Latin American and the Caribbean region represents 8% of world’s population, it is struggling with 37% of world’s crimes which are perpetrated by guns trafficked from the US.

So far Washington has not taken any step to curb their flows.

In response to the arrogance generally exhibited by the US, the St. Vincent and the Grenadines took measures which have been perceived as “threats” by the Biden administration.

As in November last year, it received the single largest shipment of urea from one of the primary rivals of the US, Venezuela. Despite US sanctions barring trade with the Latin American country, St Vincent and the Grenadines established a consolidated partnership with Venezuela.

Continuing its anti-US stance, St. Vincent and the Grenadines’ leader, Dr Ralph Gonsalves, also condemned the US for circulating a propaganda campaign against the Cuban regime. He made these remarks while meeting with Miguel Diaz-Canel, who was on a tour of Caribbean nations.

Similarly, St Vincent and the Grenadines announced that it is planning to drag rich and powerful Western countries to the International Court of Justice for disregarding environmental laws and not fulfilling their promises to developing nations.

Read more: St. Vincent and the Grenadines ditches US and re-dials Venezuela

And finally on 10th January, Gonsalves condemned the US for the prevalence of guns in the Caribbean country and the subsequent violence committed by them.

While speaking during a radio program he emphasised that despite having more than enough resources, the Biden administration is not taking any meaningful measures to curb the flow of firearms in St. Vincent and the Grenadines. He stated that Mexico introduced a draft in CELAC on this matter which will be discussed at the 24th January meeting of the regional bloc.

He noted that the draft provides a plan to the members of CELAC to consolidate their national efforts to strengthen mechanisms to crack down on the transfer of firearms in St. Vincent and the Grenadines and other nations. In addition, the draft resolution is also calling on the gun industry to develop technology which will facilitate in tracking of illicit weapons.

This explains the reason why St. Vincent and the Grenadines is eyeing for the presidency of CELAC.

However, unfortunately, Gonsalves is not only fighting a battle against the US, he will also be confronted by Brazil. As aforementioned, Brazil is now under the control of a left-wing president who believes that the presence of the US in CELAC will attain its purpose. On the contrary, the original goals of CELAC are to eliminate the political hegemony of Washington in the region and promote the sovereignty of Latin American and Caribbean nations.

St Vincent and the Grenadines announced that it is planning to drag rich and powerful Western countries to the International Court of Justice for disregarding environmental laws and not fulfilling their promises to developing nations. Therefore, if it manages to achieve the chair of CELAC, then St Vincent and the Grenadines foremost priorities will be driving  the deplorable superpower out of the region and safeguard its interests.