PM Gonsalves even warned of rising sea levels in the 21st Century due to heavy human activities, and here he blamed the US, EU and China for the emissions 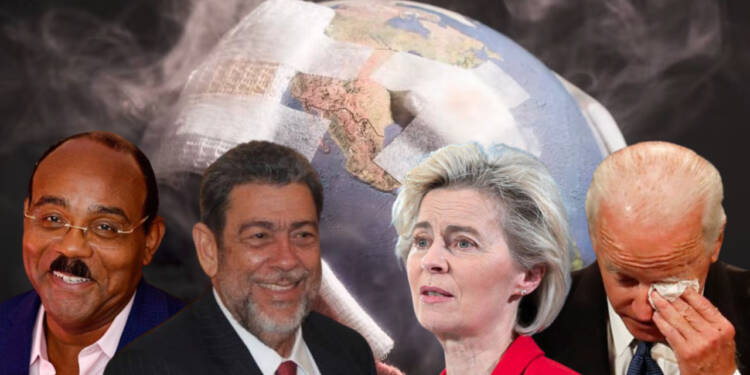 St Vincent and the Grenadines PM Ralph Gonsalves is aiming to go to the International Court of Justice if the environmental norms are not adhered to. Looking at the current situation he highlighted concerns about people and societies getting vulnerable day by day due to the adverse impacts of climate change.

PM Gonsalves even stated about the country taking loans frequently from the World Bank for its development where he was frustrated with the callousness of this Western institution in the provision of loans through low-interest rates and long repayment periods, which makes it difficult for the country to handle its finances in a timely manner.

Along with this, he even raised concerns about 60 per cent of the nation’s budget going into the repairs pertaining to climate change and here, Kingstown even provided EC$ 25 million on two small pieces of sea defence.

PM Gonsalves even warned of rising sea levels in the 21st Century due to heavy human activities, and here he blamed the US, EU and China for the emissions as per I-Witness News. If this issue doesn’t fall in place, then definitely everything may go out of hand.

He even pointed out the hypocrisy of the West where they promise magnanimous funds but those funds never get delivered. Here, he also noted that the West committed to providing USD$ 100 billion towards climate change and its challenges post-2020 in the 2009 Conference of Parties, Stockholm

The hypocrisy of the West is now under check from developing countries who are questioning their status of reducing greenhouse gases. The average temperature mentioned in the Paris Agreement of 2015 was 1.5 degrees and, in his statement, PM Gonsalves gave a figure of 1.1, 1.2 for his country’s temperature but in his perspective, why are other countries especially European and US not motivated towards doing the same?

Gonsalves has found inspiration in Antigua and Barbuda PM Browne and PM Mottley, with the latter supporting fair practises and norms in institutions that are pledging to work towards Climate Change. They are constantly putting pressure on the West to come to terms with their mistakes.

PM Gonsalves even quoted articles from the UN Charter in his argument on this issue. He quoted Article 65 where state obligations have been mentioned under treaties such as the UN Convention of Laws of Seas, and the International Covenant on Political, Social and Economic Rights. He is of the opinion that an advisory panel is needed to oversee the status of these treaties and how they are useful in preventing any harm to the ecosystem or societies.

Small Island countries will play a key role in issuing alarm bells through multiple lashings on the West which has been using blame games on them for decades on the issue of climate change and development.