St. Vincent and the Grenadines has jump started trade with Venezuela after an embargo and has defied US sanctions 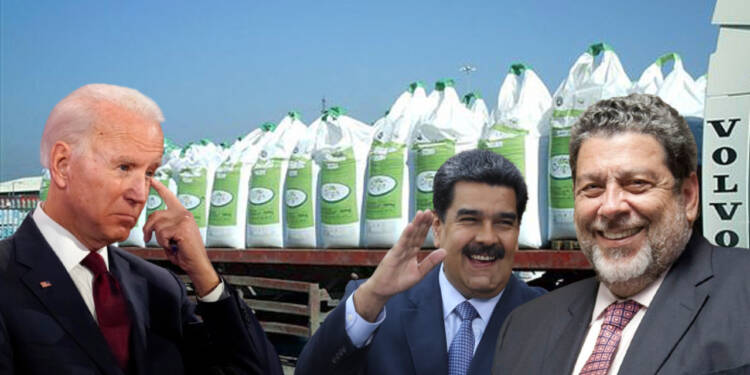 US sanctions on Venezuela

The US pushed hard for regime change in Venezuela. It doesn’t support Venezuela’s “authoritarian” leader Nicolás Maduro and Venezuela’s current government under President Maduro is considered illegal and corrupt by the US.

Washington in 2019 placed sanctions on the country’s vital oil sector to cripple its economy and signaled its strong opposition to Maduro. In the past, Venezuela had also accused US of plotting a coup against Maduro.

As the small Caribbean nation couldn’t defy the US sanctions, trade between Venezuela and St. Vincent and Grenadines also declined in 2019.

The United States has routinely used its economic, military, and political influence to pressurize Caribbean states into aligning with its interests. Recently, Trinidad and Tobago, another Caribbean nation, also had to face the possibility of US sanctions on account of a controversial shipment of fuel from Trinidad’s Paria fuel trading company to Aruba, which then was sent to Venezuela.

Now, it seems after depending on the US for too long for its economic upliftment, Saint Vincent and the Grenadines (SVG) is finally exploring other options and forging new ties that can actually contribute to its growth. SVG is now on schedule to receive 40,000 sacks of urea as a gift from the Government and the people of Venezuela.

The cooperation and solidarity between the governments of SVG  and Venezuela are very crucial and can bring significant benefits to the people of both countries.

Dr. Hon. Ralph Gonsalves, Prime Minister of St. Vincent and the Grenadines, successfully negotiated support for the agriculture sector in the form of both technical and fertilizer support from Venezuela. This has resulted in the largest single shipment of urea to SVG.

Apart from tourism, agriculture is one of the country’s two main industries, which employs 26% of the population. In 2021, the share of agriculture in St. Vincent and the Grenadines’ gross domestic product was 6.46 percent. Improving its agricultural sector is also important for the country to lessen its high food import bills.

Saint Vincent and the Grenadines minister, Caesar, has encouraged farmers to meet with the owners of unused land and work out lease arrangements so that they can advance the exponential increase in production needed to reduce their food import bills and increase exports while also declaring that the country is in a “Food Production Revolution” as per a report.

The small Caribbean nation is aiming for self-sufficiency, and thus, is finally looking to reduce its dependence on imports especially those that are coming from the US and European nations. Deepening its ties with Venezuela to safeguard its own national interest will definitely help it in achieving its goals.

Xi all set to nationalize every Chinese business