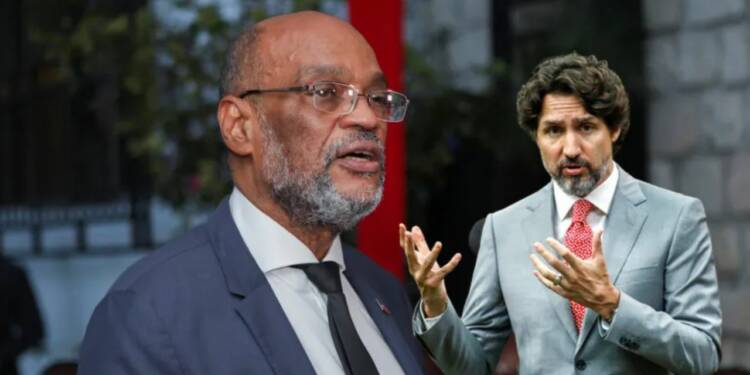 Different levels of eagerness always influence the outcome; if your eagerness is ambitious, the outcome will always be favourable to you. However, if you’re not willing to try, things will always go wrong. Canada has been doing everything it can to distance itself from the disaster in Haiti for a very long time.

The situation in Haiti is getting worse and worse every day, and Canada is making every effort to stay out of Haiti in order to avoid repeating their 30-year-old mistake.

Prior to trying to blame Europe for helping Haiti, Canada attempted to obstruct the Haitian debacle through a sanctions regime. But none of these methods worked. Now that Canada is completely fed up, it is at the Caribbean’s door to enter Haiti with approval and legitimacy.

On 11th January 2023, Canada deployed more armoured vehicles to Haiti to fight gang violence. Reportedly, to help combat criminal gangs as the Caribbean nation faces a humanitarian crisis, the Canadian military aircraft has made the delivery to the Haitian National Police in the capital Port-au-Prince.

The Haitian gangs have seized control of much of the country since the 2021 assassination of President Jovenel Moise, leading to routine gun battles with police. Ottawa has also sanctioned Haitians accused of gang ties, including a former president, two ex-prime ministers, and three high-profile entrepreneurs.

Canada and the United States provided tactical and armoured vehicles and other supplies in October after Haiti urged the international community to send in a “specialized armed force.” However, these measures have not worked out.

So, it appears that the cute face Prime minister of Canada has decided to up his game in Haiti.

During a meeting with US President Joe Biden and Mexican President Lopez Obrador, Canadian PM Justin Trudeau announced that Canada is working with allies including the United States to prepare for “options” if the situation in Haiti deteriorates. So, from denying a military intervention, Trudeau has now started preparations to re-enter Haiti.

Canadian PM Justin Trudeau has stressed, “We are working with partners across the Caribbean and indeed, with the United States and Mexico to ensure that if the situation starts to deteriorate, we will have options,”

Trudeau has also stressed that the western leaders are all very aware that things could get worse in Haiti and that’s why Canada and partners, including the United States, are preparing various scenarios if it does start to get worse.

For this, it appears Canada has now arrived at the Caribbean’s door gaining a legitimacy certificate for future actions. Over the last few days, Canada has suddenly become quite active in the region.

In December 2022, Canadian PM Justin Trudeau spoke with the Prime Minister of Barbados, Mia Mottley. The ongoing humanitarian and security crisis in Haiti was also a topic of discussion between the two leaders, who emphasized the necessity of a strong Haitian-led solution to bring about the nation’s long-term stability.

Barbados’ PM thanked Canada for taking the initiative to bring together partners to aid Haiti. The Caribbean Community (CARICOM) was praised by Prime Minister Trudeau for its offer to host discussions between Haitian stakeholders in support of political consensus and stability in the nation.

Whereas, on 12th January 2023, Canada’s Minister of International Development and the Minister responsible for the Pacific Economic Development Agency of Canada, Harjit Sajjan arrived in the Caribbean islands of Barbados and Jamaica, which undoubtedly are one of the biggest stakeholders in the Caribbean.

During his visit, Singh focussed to increase commitment to these countries, demonstrating support for local and regional priorities in the Caribbean and increasing Canada’s role in restoring peace in Haiti.

Now, when you connect all these activities with Canada’s activities during In the last two days, it all will make sense.

While Ariel Henry gears up for a second term as president, Canada appears to be preparing for a “direct intervention” in the situation in Haiti. However, another unsuccessful intervention would be the ideal pretext for the rest of the world to criticize Canada. In the event of failure, the humiliation would be less severe with the support of Caribbean islands and the world. So, all of this is a ruse to give the intervention “legitimacy”.