Geopolitics of the 21st century: Fisheries dominate the powerplay 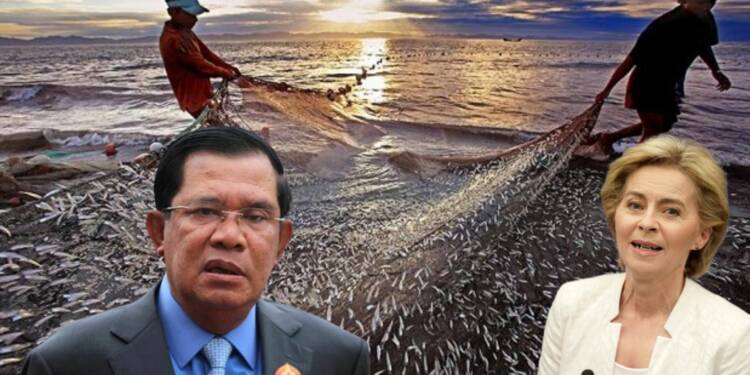 Fishing Business: The world is plunging into a food crisis but what’s more surprising is the parallel between geopolitical powerplay and economic play that goes on around the world. The stronger have always tried to repress the weaker in multiple ways and such is happening with fishery-driven economies now.

Wild-caught and farmed seafood are a significant source of animal protein for over 3 billion people worldwide. Seafood is the most traded food item in the world, supporting billions of people worldwide. Fish stocks are essential to food security because they provide billions of people with food and income. Over 870 million people, or 10 to 12 percent of the world’s population, depend on fisheries and aquaculture for their livelihoods.

When individuals or businesses remove more fish from the water than can be reproduced, this is known as overfishing. Fishing restrictions imposed by the government can be used to manage and even resolve this issue. However, merely instructing fishing vessels to limit the number of fish they take from the water is not sufficient to address the issue; Boats from a small number of nations dominate 64% of ocean waters that are outside of national jurisdiction. Additionally, many nations are reluctant to impose fishing restrictions.

The problem has become even more pressing as a result of globalization and the rise of developing nations, which have a severe shortage of fish. Local fishermen’s livelihoods are being threatened by illegal fishing, particularly in East Africa. Overfishing has the geopolitical effect of encouraging larger nations’ fishing fleets to look for untapped resources in the waters of weak or dead states. This happens a lot, especially in Africa, where it is common to bribe local authorities, which makes corruption worse and keeps things the way they are.

One major example of this dominance is Cameroon now. Even though Cameroon has catch certificates that have been validated by the national authorities, the commission gave Cameroon a “red card” and stated that EU member states would reject seafood shipments from Cameroon. Along with Cambodia, St. Vincent and the Grenadines, and Comoros, Cameroon is one of four non-EU nations currently on the commission’s “red card” list. The Associated Press looked into 14 Cameroonian-registered fishing vessels that had been accused of being unlicensed and illegal, and they turned out to be owned or managed by companies in EU member states.

Fishing losses would rise as a result of declining fish stocks without subsidies. This would eventually result in fewer boats on the seas, which would aid in the recovery of fish stocks. Subsidies typically granted through lobbying efforts break this natural economic cycle. As a result, unsustainable economic and environmental activities are supported. National governments and regional fishing organizations, not independent experts or international organizations, would determine whether fishing is legal. It is probably unrealistic to expect other members to take this on.

Ocean fish are an illustration of “the tragedy of the commons,” a typical economic issue that was looked at in a previous report about poaching wars in Africa. Users have the incentive to exploit resources as quickly and extensively as possible before others do the same when they are free and unowned. Forget the colonial centuries of the 1800s and 1900s, it’s time to reflect on where is the 21st century heading, yet another possible colonization through geopolitical methods by more economically developed countries on the less developed ones.