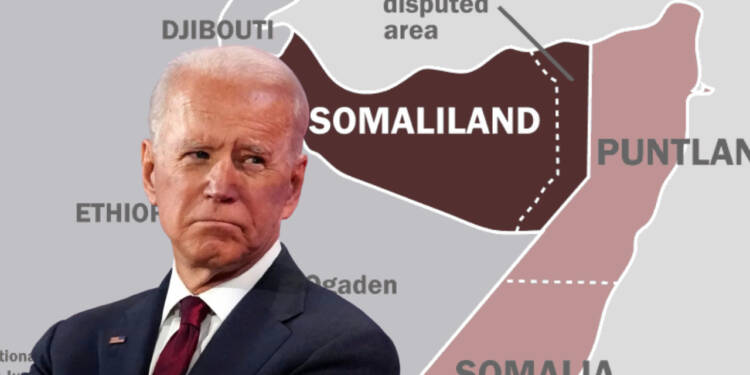 Puntland independence: Puntland is a region in north-eastern Somalia, bordering Somaliland in the west, centered on Somalia’s Garowe. Puntland’s leaders declared it to be an autonomous state in 1998. It is officially known as the Puntland state of Somalia. The Puntland region was once touted as the success of the “building blocks” approach to re-establishing national stability in Somalia. It was also widely viewed as one of the most prosperous parts of Somalia, Puntland has the lowest rate of poverty in Somalia at 27%, compared to 50% in Somaliland. However, now as Somalia and Somaliland conflicts have escalated recently, the Puntland region in Somalia has also dissociated itself from Mogadishu. However, keeping in mind the ongoing interference of the West, the role of the West in triggering this animosity can’t be ruled out.

The government of Puntland has virtually declared “independence” from Somalia. The powerful government of the semi-autonomous state of Puntland announced in a statement on January 9, that it is now acting as an “independent government.” It has said it is waiting for a federal constitution for Somalia to be completed.

From the outset, the Puntland government’s communiqué emphasized its commitment to Somalia. Signing its three-page justification as the “Puntland Government of Somalia,” it recalls its “efforts over the past 18 years” to “lay the foundation for building the federal system” and its “financial and military” support for successive governments in Mogadishu.

Tensions have been growing in recent months between Mogadishu and Puntland over the distribution of political, judicial, and security powers, the use of the ports of Bossaso and Berbera and natural resources, and the right to enter into foreign partnerships, especially for oil development, as per the report.

However, the timing of the escalation of tensions and Puntland dissociating itself from Somalia certainly raise doubts as this has happened just after the interference of the Western powers like the US and UK in the issue of Somaliland.

The Issue of Somaliland and Western Interference

The conflict between Somalia and Somaliland has simmered since 1991. The conflict is over Somaliland’s demand for independence from Somalia. It last escalated into armed clashes in 2018 after which it has mostly remained relatively calm. However, recently the tension had once again escalated into armed clashes where 20 people were killed. Further, these clashes had taken place just after Somalia had rejected an “illegal claim“ by a British company Genel Energy to oil exploration and exploitation rights in the country’s Somaliland.

Thus, just after Somalia stood up to the predatory tactics of the UK, the US also jumped in to add fuel to the fire in Somaliland. The US too bullied Somalia and forced it to accept the West’s hegemony thereby urging Pentagon to deepen its security partnership with Somaliland. With this, the US had practically marked a departure from its “One Somalia” policy and has made an awkward attempt to appease the de facto state of Somaliland.

Therefore, if we connect the dots, it can be inferred that the crisis has also reached Puntland which had remained mostly calm and politically stable. The Western countries to maintain their dominance and to fulfill their selfish interests have instigated a crisis in Africa in the past. Considering the scenario, the escalation of such tensions between Puntland and Somalia is likely to be just another western “experiment”. However, Puntland must be wary of such neo-colonial intentions of the West and should take steps to fix its internal issues on its own. The West has always taken advantage of the prolonged internal crises in African countries and used it for their own geopolitical goals and Somalia or Puntland must not fall prey to this.