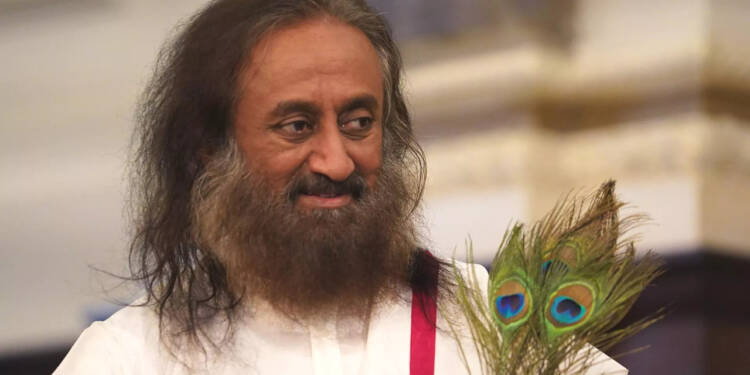 As religion as part of life has started taking a backseat, people seem to want a spiritual practice to relax them and give them some respite from the craziness of daily life. We are aware of the benefits of meditation in assisting us in letting go of our worldly concerns and ties, but it seems strange that meditation could be so important in resolving a nation’s ten-year conflict.

“World peace is impossible without individual peace. We must achieve inner peace if we hope to achieve outer peace.” This quote has been taken from the golden pages of Sri Sri Ravishankar’s path to peace, an Indian spiritual Guru or Guruji or Gurudev who is considered worldwide for his inspiring ideas. His approach toward humanity and relentless work to bring peace to every heart have received recognition worldwide. No one would have ever wondered if spirituality and meditation could help see an end to terrorism. But, surprisingly, it did. It did end the longstanding Colombian conflict of 1964. The country was caught in the grip of violence that came out to be known as a ‘Forever war’. But, that ‘Forever War’ did reach its dead end. All thanks to Sri Sri who worked hard to unite the hearts and minds of Colombians.

The longest ongoing civil war in existence at the time was the Colombian armed conflict. The establishment of the two distinct guerrilla organisations, the FARC and the ELN, marked the official start of the Colombian armed war in 1964. But the bloodshed in Colombia had begun much earlier. A decade of violence known as la Violencia began in 1948 with the murder of anti-establishment Liberal Party presidential candidate Jorge Gaitan. This followed several civil wars among Colombian elites in the second half of the 19th century. More than 200,000 Colombians died at this time, mostly farmers.

Despite the fact that two guerrilla movements were established in 1964, the bloodshed had already started years before. After multiple failed attempts, the Colombian government and the FARC successfully launched a peace process in 2012, and a final agreement was signed in November 2016. Although la Violencia had started as a popular uprising, the Liberal and Conservative landowning elite were behind it and used it to advance their own political and economic objectives.

Marxist-Leninist guerrillas, known as the Revolutionary Armed Forces of Colombia-Army has been fighting in Colombia since 1964. The FARC-EP was formally established in 1966 from peasant self-defense organisations created in 1948 during the “Violencia ” as a peasant force advancing an agrarianism and anti-imperialist political stance. In addition to more unusual tactics like terrorism, they are known to use a range of military ones.

The FARC-EP was able to support its operations through kidnapping and holding people for ransom, illegal mining, extortion, taxing different types of economic activity, and the cultivation and trafficking of illegal drugs. They are but one player in a complicated battle in which the government, right-wing paramilitaries, and left-wing insurgents, including the ELN, M-19, and others, have all committed crimes. According to estimates by Colombia’s National Centre for Historical Memory, between 1981 and 2012, paramilitary groups were responsible for 38.4% of civilian fatalities, followed by guerrillas at 16.8%, the Colombian Security Forces at 10.1%, and unidentified armed groups at 27.7%.

Clearly, Colombia was having a tough time all these years. The Colombian army and military were fighting dirty. This cold war was born in Colombia and soon echoed not only across the mountains of Colombia but also in theatres throughout Latin America and the Caribbean. But, then an Indian spiritual Guru entered the picture as a ray of hope. Taking the message of peace, he reached the country. The Indian Gurudev’s recognition worldwide is such that even his name rekindled hope in the hearts of millions across the country.

He played a key role in the Colombian peace process. The founder of The Art of Living was a major player in ending the 52-year-old civil war formally with the signing of the peace agreement between FARC and the Colombian government in Cartagena de India on September 26, 2016.

Read More: And India beats the hell out of China yet again at the Indo-China border

After the event, President Santos told Sri Sri: “Thank you for everything you have done for the peace process. You have been a great support and friend of this process. All your help is very useful and your spiritual guidance is so important and I’ll be grateful forever.”

Describing it as a moving moment for the people of Colombia and FARC, Sri Sri said the accord gave peace a chance.

During his visit to Colombia, Sri Sri also addressed 500 social leaders, inviting them to cultivate inner peace and support the peace process. At his meeting with the Minister of Post Conflict Rafael Pardo, he discussed ways to build peace and reconciliation.

Spiritual leader Sri Sri Ravi Shankar has been conferred Colombia’s highest civilian award for his contribution to peace issues around the world, particularly in the Latin American country. The award is in recognition of Sri’s peace work around the world, with special reference to his work in Colombia through his foundation.

“When the conflict is between justice and peace it is a humongous task to reconcile the two. Only a spiritual dimension can ease the situation,” said Sri who has worked in conflict zones across the world.

In September, The Art of Living facilitated a meeting between FARC leaders and the families of 12 deputies who were kidnapped and finally killed by FARC ( only one survived). During this meeting, families of the deputies expressed their suffering to the perpetrators who said, “Today  with sincere humility, we would like to publicly recognise our responsibility and ask for forgiveness.” The meeting ended with the families and FARC leaders holding hands and praying. “Our effort to fly victims to Havana for a forgiveness programme was important in turning the tide for a yes to the referendum in Colombia,”

Gurudev has been in a series of conversations, including keynote addresses, discussing topics such as peace, social justice, the environment, mental health and wellness, meditation, and the power of breathing using the Sudarshan Kriya technique.

He constantly keeps on reminding the people of Colombia that peace begins from within and each one of them has the power to unite the society when they stand up for peace. This is how an Indian spiritual Guru instilled brotherhood within the warring communities and succeeded in achieving what was like a cold day in July for a number of decades. He succeeded in decoding the fact to people that deep within, we aspire for that which is our true nature and everybody wishes to be happy and joyful.