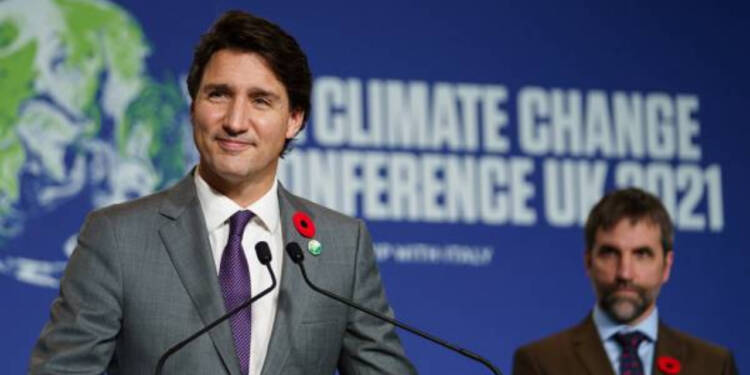 Carbon Tax Canada: While Canada plans a greener future, its economy and people are plunging into darker times. Surely enough, the government seems to be pushing the limits of its “green goals” which ultimately is giving pain to the people of Canada.

Indeed our world is sinking because of climate change but what’s dropping more are the Canadian government’s tactics to extract money from average Canadian households where a day without a new green policy is surprising. This time the “not so friendly” surprise comes in the form of a possible carbon tax that the government can impose.

Read More: Trudeau’s “Just Transition” is hurting Canada and it should be abolished

According to the Canadian Taxpayers Federation (CTF), even after rebates are distributed, the typical Canadian family can anticipate paying up to $847 in carbon taxes. “The Parliamentary Budget Officer (PBO) shows politicians are using magic math to sell their carbon tax,” said CTF federal director Franco Terrazzano. The government of Prime Minister Justin Trudeau has insisted that the federal carbon levy was a net financial benefit to Canadians, despite the findings of the PBO. The Conservatives have urged the federal government to eliminate the carbon tax, citing the impending recession and the rising cost of living.

On March 25, the Supreme Court of Canada upheld the Trudeau government’s 2019 implementation of the Greenhouse Gas Pollution Pricing Act in an effort to slow climate change. In an effort to reduce emissions by at least 30% below 2005 levels by 2030, this act implements a carbon tax that places a price on carbon.

Now, how does this impact the average Canadian?

Carbon taxes have the potential to harm families with lower incomes when implemented on their own. Compared to households with higher incomes, these ones typically spend a higher proportion of their income on high-emission activities like heating their homes and traveling. It has been suggested that people with more money may not be able to effectively reduce their use of fossil fuels because they can afford to pay more. Carbon taxes have been criticized as a plan that continues to be run for profit.

The carbon tax was contested by the governments of Saskatchewan, Alberta, and Ontario, in addition to a few other political bodies. They challenged the federal government’s authority over carbon pricing in separate lawsuits. All of their arguments revolved around the assertion that the division of power between the federal and provincial governments was unconstitutional and that the province should decide whether or not to impose a carbon tax because natural resources are a provincial issue.

The burden of higher energy costs on households may be a disadvantage of carbon pricing, particularly for lower-income families who spend a greater proportion of their income on energy. The impact of carbon pricing on industrial competitiveness is another concern, particularly for energy-intensive businesses competing in global markets like chemicals and metals. A model for how this approach could be utilized globally is provided by Canada’s experience, where governments have the flexibility to meet higher-level carbon pricing requirements.

Read More: Trudeau tried to spread his woke agenda on Japan’s LNG supply but Alberta Premier puts him in place

The possible implementation of further carbon taxes can be dangerous for the public and the economy. While the world eyes Canada as a prototype of the tax’s effective implementation, the real responsibility falls on the liberal government and the greater risk on the citizens.

If the system of the Carbon tax in Canada continues to be implemented senselessly, it needs to take care of the disposable income of the people first.

If things don’t get under control, the more Carbon Tax is used to achieve climate goals, the more detrimental it will be to the Canadian economy. Canada sits on a time-ticking bomb ignited by the liberal government’s aggressive green agenda.