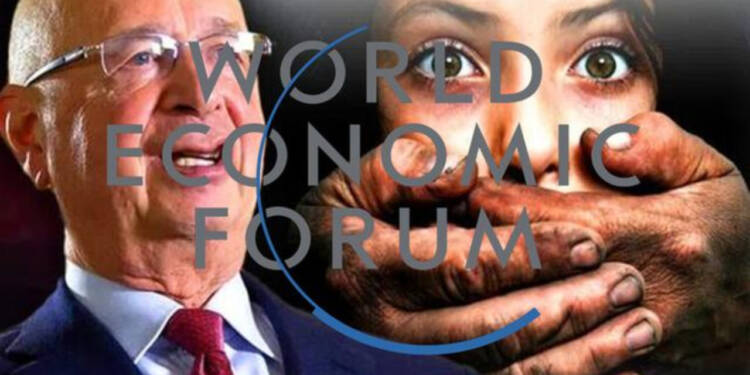 One of the most influential forums for economic discussions in the world is the World Economic Forum (WEF). Over the years, dignitaries at the WEF have shared some truly amazing economic concepts that have altered the course of history.

The WEF was intended to serve as a platform where top political and business figures from around the world could interact to bring capitalism to life.

However, the WEF has never been the ideal venue for economic discussion. Instead, the conference serves to advance wokeism and headless agendas. Now, what interesting information we have for you today is going to blow your mind, so stay with us.

According to an interesting media report by the Express, as the World Economic Forum (WEF) 2023 commenced in Davos, nearly all of the Davos-based escort agencies got fully booked. Would you like to know who booked them? The WEF delegates.

The real story of the World Economic Forum (WEF) is that all of the body-hugging service providers are completely booked before the summit even starts.

Business tycoons and international leaders frequently request sex workers during the five-day conference, and they eventually find them here in Davos.

The dark side of Davos

Several escorts from Davos have revealed through their statements on Social media that almost every delegate of World Economic Forum (WEF) has a sexual orientation and they usually come to Davos just for pleasure.

“Date in Switzerland during #WWF means looking at the gun muzzles of security guards in the hotel corridor at 2 a.m. – and then sharing the giveaway chocolates from the restaurant with them and gossiping about the rich… #Davos #WEF.”

Another escort named “Liana” told the German newspaper Bild that she dresses in business attire to blend into the crowd of elites while at the summit. She said her client is an American who attends the meeting. She charges 700 euros per hour and 2,300 euros for the whole night.

Nearly 100 additional sex workers travelled to Davos, where prostitution is legal, to provide services for clients during the week-long event, according to a senior Swiss police officer.

An official driver for the forum also stresses that several escorts are picked up from one of the delegates’ hotels to others. A distressed sex worker also claims that she had been forced by her “boss” to sleep with a client who was much older than she had expected.

The economics of Sex

The dark side of Davos was primarily revealed by the Times. As per their undercover investigation, Sex workers ply their trade in delegates’ hotels and in bars along the town’s streets.

The World Economic Forum (WEF) officials are so perverting that businesswomen attending the annual gathering of global leaders in Davos have often claimed that they are “routinely harassed” by wealthy men.

But, these reports have never come out in the open because obviously how can the liberal media houses like CNN and ABC raise their fingers at their masters.

Though spokesmen for the World Economic Forum (WEF) have often stressed that they have a zero-tolerance policy towards harassment during the annual meeting and it was not responsible for the conduct of official delegates away from the Congress Centre, these reports certainly prove how big liar Schwab and his henchmen are.

Read More: Spying, mind control, and other things: The five most dangerous ideas discussed at the World Economic Forum

In any case, there have always been doubts about the World Economic Forum (WEF). The WEF’s desire to control human bodies through pills and microchips has been covered in our reports on numerous occasions. It also seeks to influence people’s minds through propaganda, censorship, and sound waves.

But really Klaus Schwab? That’s how you treat women who are bound to sex work? Women are one of the greatest creations of the almighty. She is equally as capable, clever, and assertive as men. But does Schwab think that women are devoid of dignity?

If we are talking about equality, Klaus Schwab and his so-called great forum are a disgrace to humanity. They are frikking perverts who are fooling the world with their own sexual agendas in the name of economics.

France’s Caribbean Agenda: Exploring the Reasons for its silence on Haiti