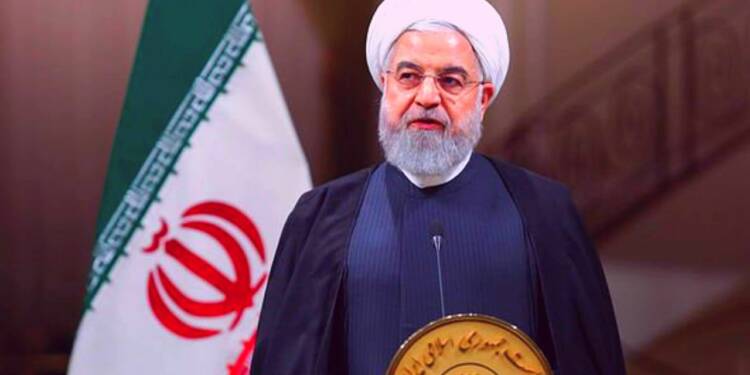 In the list of victims of the US’s false propaganda and crimes against humanity, Iran tops the list. On the path to attaining its ulterior motives, Washington has, for decades, shamelessly never stopped plotting against the rise of Iran.

In its latest ploy, the US has employed the anti-hijab movement as a tool to weaken the diplomatic, financial and political interests of Iran.

During the Iranian revolution against the regime of Mohammad Reza Shah in 1979, Iran’s Revolutionary Guard Corps were on a quest to eliminate any sign of American influence. Iran’s anti-US environment resulted from the US’s unlawful interference in the troubled Middle Eastern nation for a long time.

In such a backdrop, after the rise of Ayatollah Khomeini’s rise into power in 1979, Iran was subjected to unprecedented levels of diplomatic and political isolation at the hands of the US in the international arena. The period of the Iranian revolution coincided with heightened Cold War tensions when the CIA was quite successful in infiltrating the intelligence system of several nations.

However, the notorious American intelligence agency, which is responsible for many regime changes, was unable to successfully intrude on Iran’s intelligence structure. Irrespective of this, the US kept trying to get somehow involved in the internal political, military and social domains of Iran in order to destabilise it. That is why during the Iran-Iraq War of 1980-88, the US even backed Saddam Hussein. The same Saddam Hussein who later turned out to be one of the primary rivals of the US in 2003.

How the West destroyed Iran?

Throughout the years, the US damaged and hurt the political, economic and diplomatic interests of Iran. Washington along with its allies which include the UK, Canada etc created a misinformation campaign against Tehran on the geopolitical stage.

In addition to persuading other nations to suspend trade, military and other bilateral ties with Iran, the Western superpower bullies imposed sanctions on Tehran and banned it from the international financial market. The West also embraced Iranian dissidents in order to ascertain what is happening internally in the nation.

Unfortunately, the US and its allies’ measures culminated in adverse repercussions for Iran. The country is not only abandoned by rich and powerful nations but also the regional powers such as Saudi Arabia.

But the probability of lights at the end of the tunnel was evident during the signing of the landmark Joint Comprehensive Action Plan (JCPOA). As per the agreement, Iran would allow extensive international inspection of its nuclear program in exchange for billions of dollars worth of sanctions relief. The agreement marked a sea change in how Iran, the US and other regional states interacted.

However, sadly the US withdrew from this remarkable accord in 2018 under the Trump administration. Not only the US resumed its diplomatic onslaughts on Tehran following this humiliating withdrawal, but it also attacked several prominent Iranians.

In these unpredictable circumstances, the killing of Mahsa Amini by Iran’s morality police for not wearing hijab further plunged the nation into a deep political turmoil. As hundreds of thousands of Iranians took to the streets against the regime of Ebrahim Raisi, the US, Canada etc saw an opportunity to interfere in the internal affairs of Iran. Biden, Trudeau and their allies soon joined the destructive anti-national forces to defame Iran, annihilate its sovereignty and destroy its political stability.

The sudden interest of Justin Trudeau, Joe Biden and Emmanuel Macron in Iran’s social, religious and political affairs is a clear-cut sign that they are using the anti-hijab protest as a weapon to hurt Iran.

Tehran fights back against Western atrocities

However, the Iranian government is also not backing down in light of such baseless attacks on its credibility by nations whose own track record is questionable. Despite widespread systematic misinformation campaigns by the Western mainstream media and leaders, the Iranian authorities are leaving no stone unturned to avert any endeavour to incite a political crisis in the country.

It has ended up arresting a lot of foreign nationals who took part in the massive anti-national protests disguised as advocating for a woman’s right to wear a hijab. But in reality, these so-called expressions of civilian dissent are the West’s strategy to destroy Iran. Earlier, the US and EU diplomatically isolated Iran, destroyed its economy and now they are creating trouble internally.

But simultaneously, Iran is not letting the West dictate it on how to govern itself. For a long time, Tehran avoided any major confrontation with the US. However, as Washington and Ottawa have crossed all the limits, Iran is compelled to crack down on spies and moles who have disguised themselves as peaceful demonstrators. Iran is taking all measures to protect its espionage system from the vicious attempts of the West to infiltrate it.