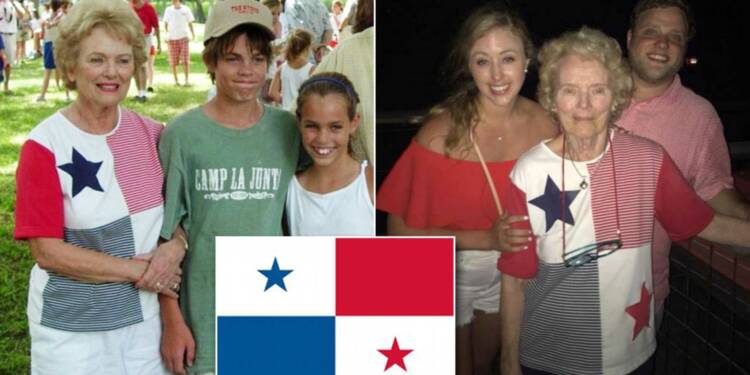 The flag of Panama consists of a divided rectangle of four quarters: the upper field closest to the pole is white with a five-pointed blue star. The upper right area is red. The lower region closest to the pole is blue. The lower field on the right is white with a five-pointed red star. Since the year 1904 this flag has been flown in Panama since.

The flag of Panama reflects the culture and history of the country. It is one of the most recognizable symbols of Panama and is often flown in public places throughout the country. It represents the independence and unity of Panama as well as its commitment to justice, peace and patriotism.

Flag of Panama: Meaning and Symbolism

Flag of Panama: History with Timeline

In the year 1821 Panama as Isthmo Province in the Republic of Colombia. The flag consisted of three horizontal bands of equal size, with yellow at the top, aqua blue in the middle, and red at the bottom. Additionally, the centre of the flag features a circle with a cornucopia in the middle.

In the year 1834 Pan Ama as Isthmo Province in the Republic of New Granada. The flag had three vertical stripes of equal size. It had red on the right, bright blue in the middle and yellow on the left. In the middle is a circular emblem depicting an eagle with a red, white, yellow and blue banner. Around the emblem are the words Republican de Nueva Granada.

In the year 1855 Panama as a state in the Grenadine Confederation. This flag is similar to the flag with the vertical red, blue and yellow stripes on top. However, the words Confederation Granadina replace Republican de Nueva Granada around the emblem.

In the year 1903 From November to December, the country hoisted a new flag. This flag had four quadrilaterals of equal size. Upper left was blue. The upper right was white in colour with a red star, the lower left was white with a blue star, and the lower right was red.

Flag Day is an important celebration in Panama that is celebrated annually on November 4th. The holiday on this day is for the adoption of the flag of Panama, which was first established in 1904. During this day citizens gather to show their patriotism and pride for their country by hosting flags in cities and towns across the country.

On this special day, citizens hold military parades along with other festivities such as sporting events, concerts, and cultural performances, honoring the importance of the national symbol that unites all Panamanians. Various government buildings, such as schools and public spaces, are filled with colorful decorations depicting scenes from Panama’s history or iconic images associated with the country’s culture.

Flag Day serves to remind everyone how far Panama has come since its independence from Spain 200 years ago, while also looking forward to a future filled with hope and prosperity for generations to come.