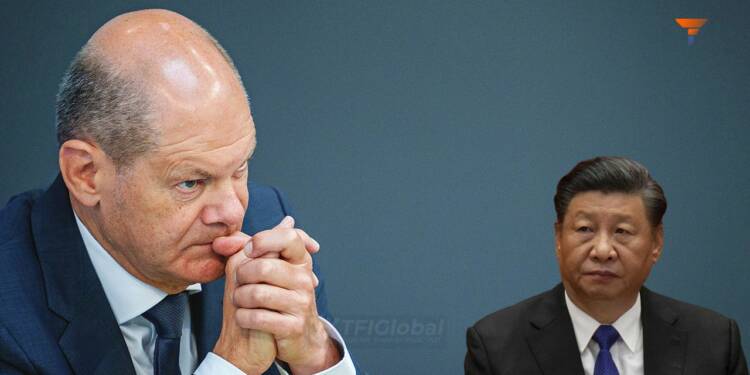 The Russia-Ukraine war has sent shock waves across Germany. The nation, which supported Ukraine during the initial phase of the war, has since distanced itself from picking any sides. Germany suffered severe consequences for its involvement in the war, some due to the economic instabilities which hit globally. Majorly, it was its excessive dependence on Russia for natural gas which caused it severe problems.

Hence, it is no surprise that the recent skirmishes between Taiwan and China, have only added to Germany’s fears of repetition of its situation with Russia. While its trade with Russia was limited to gas, its dependence on China includes a whole range of raw and natural products essential for manufacturing of goods.

Janka Oertel says, “If you look at the coalition treaty from eight years ago, China was lauded as an important strategic partner for Germany. The last coalition treaty, from four years ago, still mainly refers to the economic dimension of the relationship, which it frames as a strategic partnership. Now, systemic competition is referenced in the introductory section of the coalition agreement. In the few sections that are allotted to foreign policy directly, the situation in Taiwan, China’s human rights violations in Xinjiang, and its policies vis-à-vis Hong Kong are prominently mentioned. That’s not only new. That is surprisingly clear.”

Further, its difference with China on the autonomy of Hong Kong and the treatment of Uyghur Muslims in Xinjiang has only increased animosity between the two.

Earlier, China’s President, Xi Jinping invited European leaders to visit China. Only Olaf Scholz, Chancellor of Germany accepted the invitation. This created domestic problems in Germany for Scholz’s coalition government. Anti-China politicians from the coalition parties attacked the government for allying with China. Germany’s apparent closeness with China has cast suspicion over its honesty in relations with the US and other European counterparts.

Now, Olaf Scholz’s government, in a bid to curb tensions at home and abroad, is trying to distance itself from the dragon nation.

Germany is preparing to toughen its China policy in key areas like trade and technology as a part of a broader hardening of European powers’ approaches to Beijing. According to officials who are familiar with the paper, some of the more drastic recommendations include restricting investments in China and requiring the government to monitor German businesses that rely excessively on China for their operations. The goal is to lessen China’s influence in the German business scene over time.