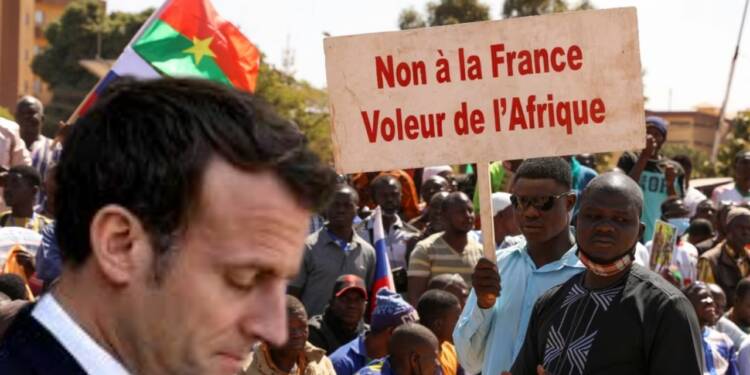 It is well-known that relations between France and Burkina Faso have been steadily declining. Although so far, there were speculations that Burkina Faso might invite the Russian mercenary Wagner group, nothing was official yet. France tried its best to stay relevant in the country and even assured Burkina Faso of its commitment to fighting the insurgency. However, nothing seems to have worked in France’s favor. So, after Mali, France is finally asked to leave Burkina Faso too.

There have been growing tensions between Burkina Faso and France and anti-France sentiments have significantly increased since the September 2022 military coup in Burkina Faso. The tension has revolved around the failure of France’s military intervention to improve the security situation in Burkina Faso.

As violence continued in the Sahel, Burkina Faso had asked for the departure of the French ambassador from the country recently. Although France later tried to calm the situation and a French minister even assured Burkina Faso that her government would not stop supporting the country in its fight against Islamist insurgency and also expressed willingness to remain involved despite growing diplomatic tensions. However, everything went in vain.

The decision to depart from Burkina Faso follows after hundreds demonstrated against France in Burkina Faso’s capital Ouagadougou. In addition, anti-France slogans were chanted, wielding placards calling on the French army to “get out” of Burkina Faso.

As per further reports, some even set fire to French flags or used them to collect rubbish. A similar reaction was recorded wherein angry mobs had previously targeted the French embassy, cultural centre, and military base.

Thus, France’s departure from Burkina Faso is now certain. This has come within two months of France leaving Mali after a growing Russian presence in the country. We at TFI had previously told our readers that the interim President of Burkina Faso, Captain Ibrahim Traore, has been invited by Moscow to the next Russia-Africa summit scheduled for July 2023. Russia’s invitation has come after Burkina Faso was snubbed by the US and barred from the US-Africa summit recently. Therefore, in all likelihood, France’s exit from Burkina Faso will pave the way for Wagner to further consolidate its hold in the country after Mali.

Although what comes next for France’s military posture in West Africa remains vague, but, it is likely that France would be ready to redeploy to neighboring Niger, where 2,000 French troops are already stationed. However, Anti-French sentiments have surged even in Niger. Moving forward, for France, the way ahead will be extremely thorny.