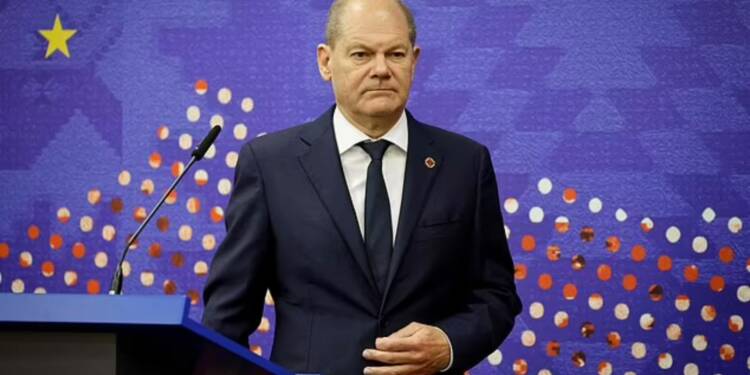 Coup attempt Germany: We have come to a point in a life where we have seen a pandemic, an economic downturn and a war in our life. And we have also seen how a political leader, the leader of community performed during these hardship days.

In Germany, Angela Merkel was undoubtedly a really-really popular leader, Olaf Scholz, however, is definitely out of her league. German Chancellor Olaf Scholz has lost almost all of his support during his two years in office.

Nobody knows how to rescue Germany from its current rut. However, Germans are very aware of the best way to overthrow their government, which is through a political coup. Folks, another political coup attempt just occurred in Germany, but the international media is completely silent.

On 24th January 2023, German officials charged five suspects in a plot to kidnap the country’s health minister, stir civil unrest and violently overthrow the government. Yes, you heard it right.

Reportedly, Germany’s public prosecutor has charged a group of five Germans who had planned to blow up power infrastructure, “trigger civil-war-like conditions” and paralyze the democracy. The scariest part of these reports is that the suspects were aware that the attempted overthrow might result in fatalities.

The woman, who was in charge of plotting the coup attempt believes that the modern Germany state lacks legitimacy. Instead, the group argued that the country’s true system of government was the German Empire of the 19th century and that an authoritarian ruling order should be reinstated.

Germany: Another coup attempt in 45 days

Now for those who are unaware, this is the second such coup attempt that has been uncovered.

German Special Forces and police detained 25 people nationwide in December 2022 for plotting what the authorities described as a coup attempt against the Germany government.

The plot, which was at once evil and ridiculous, called for the murder or exile of current political figures including Scholz as well as the destruction of the electricity grid; many of the conspirators were also stockpiling weapons.

A member of one of the royal families of the former German Empire, Prince Heinrich XIII of Reuss, was envisioned as the nation’s leader. There were also reports that they were funded by Russia to do so. But, there has been no concrete evidence.

Read More: Germany and France are Capitalizing on China’s Silence on UNSC Permanent Seat for Africa


But Germans literally don’t care much about the coup attempts against their ‘democratically’ elected leader and this shows that even they want something new for the leadership in Germany. Well, the German chancellor is one of the most unpopular leaders of Germany.

If his approval ratings are to be mentioned, the German chancellor has a 33% approval rating which is almost half of what he used to have prior to the Ukraine war.

Scholz is so unpopular that the leader was also heckled by Germans over protests for cost of living. His coalition partners’ condition is also similar. Robert Habeck was Germany’s most popular leader once, now, his own partymen are in no favor to support him.

Read More: Poland makes a mockery of Germany over tanks to Ukraine

Scholz came out of Merkel’s shadow with an aim to provide better days for Germany. But, after Russia’s invasion of Ukraine, things turned upside down for Scholz. Even though the west and the global left label these coup attempts as “far-right” conspiracies, they cannot deny the fact that people are ‘silently’ supporting them because they are so sick and tired of Scholz’s Administration. In Germany, coup attempts have become the new norm due to Scholz’s ignorance.