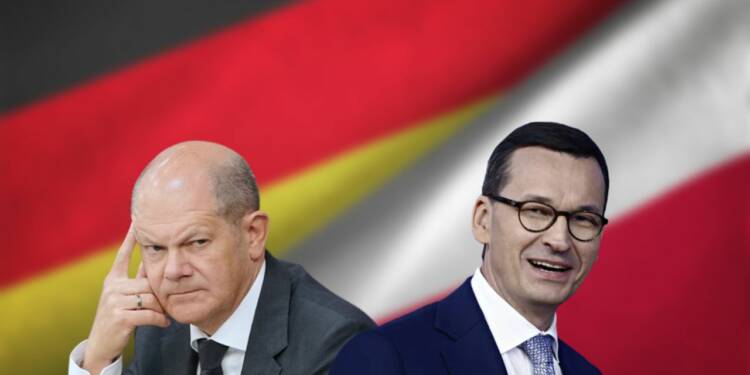 Ukraine Tanks : Tensions are brewing between European powers and Germany over the latter’s stand on the Russia-Ukraine War. In the past few months, Germany has been at loggerheads with other nations over helping Ukraine defend itself against Russia

Now, Poland is capitalizing on Germany’s hesitance to intervene in the war.

But what does Poland gain from it? And why is Poland picking fights with Germany?

In the midst of Kyiv’s increasingly desperate requests for heavy weapons, which it claims are necessary to turn the tide against Russia’s invasion, Warsaw and other NATO allies have been pleading with Germany to grant them permission to deliver the German-made tanks to Ukraine. Berlin is in charge, because it must approve foreign donations of the German-built vehicle to Ukraine as well as handles its own stock of Leopards. In addition, 13 European countries possess Leopard tanks.

Though, Germany has now finally relented into giving permission to Ukraine, its behavior has created a shadow of doubt about its commitment to NATO and allies.

In the beginning of the war, Germany assisted Ukraine by sending arms and ammunition. But with the war dragging on and its own economy in shambles, it has since distanced itself from picking sides.

Ukraine’ hopes, that Germany would finally decide to supply contemporary battle tanks to army of Ukraine on 20th January, were dampened by German Defense Minister Boris Pistorius, who claimed there was still no international consensus on the subject. Thus, its allies in the region are miffed and tensions are mounting with US.

Despite the German stand, Poland’s Prime Minister, Mateusz Morawiecki went ahead and said that the country would take an independent decision, if deemed necessary. He said, “Permission is a secondary matter. We will either get it quickly or do what we see fit.” Deputy foreign minister, Pawel Jablonski even discussed the potential for sending tanks to Ukraine, even in the face of German opposition, “I do not rule out that we are ready to take such a step.”

By cornering Germany, Poland has taken advantage of this opportunity to undermine Germany’s position within the European Union. It is trying to take the center stage in Europe for fighting against Russian aggression. The nation has emerged as a crucial NATO ally in resisting Moscow’s attacks and of the United States in the region since the beginning of war. More than 7 million refugees from Ukraine have entered Poland. All diplomatic, armed forces, and humanitarian routes to Ukraine currently run through Warsaw.

It has been at the vanguard of encouraging Europe to impose drastic sanctions against Russia. As a pillar of Western solidarity and security, both Brussels and the United States have embraced Poland’s right-wing populist administration.

Poland sees Ukraine war as an opportune time to rise among the European ranks. And, Warsaw won’t shy away to fight and disregard Germany to attain it. Further, European countries would be forced to contemplate on what defense equipment to buy from Germany in the future.

The whole incident raises a significant question on Germany’s stability and credibility of its foreign policy in the region.