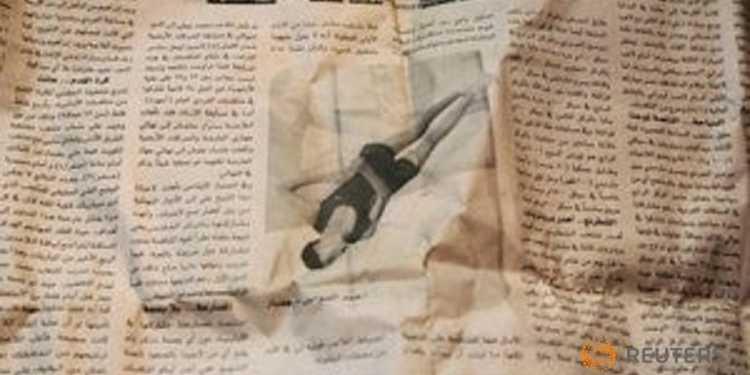 Back in 1990, when India was still a de facto Soviet client state and it cost INR 10 a minute to call someone on the phone, there had been a war, now known to us by the First Gulf War.

The build-up had begun long ago, in the 80s when NATO-backed Iraq had declared war on the newly re-organized Theocratic Republic of Iran. The War had lasted 8 long years and resulted in hundreds of thousands of deaths- and ended in a bloody stalemate despite the heavy odds in NATO- that is, Iraq’s- favour. Needless to say, Saddam Hussein might have felt entitled to certain privileges because of his sacrifices for the ‘democratic’ cause.

One of these privileges was Kuwait- which Iraq invaded in 1990.

As a build-up to the NATO entry into the War, a sophisticated public propaganda campaign was built up, mostly organized under the so-called ‘Citizens of a Free Kuwait’ public relations campaign. Readers here should note that Kuwait was and is not a Republic. Years later, it would turn out that the CoFK was a front built up by the American publicity firm Hill and Knowlton, backed by the Kuwaiti government- and ‘others’.

The centerpiece of this public campaign was the Nayirah testimony.

Wiki puts it best: – ‘The Nayirah testimony was a false testimony given before the Congressional Human Rights Caucus on October 10, 1990 by a 15 year old girl… Nayirah. The testimony was widely publicized, and was cited numerous times by US senators and President George HW Bush in their rationale to back Kuwait in the First Gulf War…’

Nayirah, in her speech, had claimed that the invading Iraqis were torturing the Kuwaitis and committing Human Rights abuses- including taking babies out of hospital incubators and smashing their skulls. Her description of such atrocities would prove to be the major rationale behind the First Gulf War- much as the prospect of Iraqi WMDs would be in the Second.

No babies were being ‘taken out of incubators’ and murdered. Nayirah turned out not to be a ‘free’ Kuwaiti citizen- but instead ‘al-Sabah’, the daughter of the Kuwaiti ambassador to America. Charges that the Iraqi army had stolen medical supplies and sent them back home was fabricated as well. Thus, the First Gulf War was- as would be the Second that followed it- illegal. Wiki, again, puts it best: – ‘The Nayirah testimony is regarded as an example of modern atrocity propaganda’.

In modern times, it is easier to move the population into War through Peace than it is to move them into Peace through War.

The reason for this is simple.

In older times, life expectancy was low and Women’s Rights were non-existent. Thus, the principal demographic a budding warlord needed to control in order to further his goals were- young unmarried men. As civilization progressed, living conditions improved and women were given more protection- and so, the concept of society building shifted from allowing young men full reign to be barbaric to accommodating the protective instincts of established married older men and women. These demographics would only be moved to War if and only if they felt War would further the cause of Peace. Also- as civilization progressed, the focus of warfare shifted from the martial prowess of young men to organized disciplined tactics- which derives strength from the financial resources controlled from older settled men and women. In older times, the prospect of ‘Zar, Zan, Zameen’– ‘Women, Wealth, Land’ as the Afghans once put it- would have been enough to bring hordes of young warriors pouring across the borders. These days, one must work hard to convince the middle-aged taxpayers to fund F-35s to carpet-bomb a bunch of tents in the middle of nowhere.

This is, as the Berber philosopher and historian Ibn Khaldun wrote in the Al Muqadmiyah over 700 years ago, the basis of ‘Asabiya’.

Since moderners- despite our expensive educations- know little of culture and how it works, we find that the wisdom of the old philosophers remains as relevant as they were all those centuries ago. No better example of that can be found than with the ‘Refugee’ contingent for the Olympics that we have been hearing about.

It has already been described in multiple media outlets- even those in the West such as Brietbart- and independent journalists like Lauren Southern that the vast majority of the so-called ‘refugees’ aren’t Syrian but actually from Pakistan and Africa. So conflating the Refugee crisis with the Syrian war is intellectual hypocrisy of the highest order already. But the reason for such become clear from a brief perusal of the coverage. In Jared Malsin’s article for the Time, the journalist writes- ‘<the refugee athlete> could have been drafted into the Syrian government military, the same force the regime employed to fire on protestors and shell civilian neighbourhoods.’ There has been repeated coverage of the Syrian refugee swimmer Mardini and her religion, Christianity, and how it is at risk in Syria. But this also goes hand in hand with writing such as Philip Olterman’s article in the Guardian calling her inclusion ‘a potential propaganda coup for Assad’s regime.’

Such articles in Western media are hilarious.

One- the Assad regime is, for all practical purposes, the only force preventing a complete Islamist takeover for the Mashriq. It is the only declared secular power between India and Europe, not even Turkey or Israel qualify as such- and has been at the forefront of defending minorities such as Christians over the past many years. Two- isn’t it a bit rich to accuse Assad of ‘attacking civilians’ when NATO and its leaders routinely blow up grandmothers and children with drones?

Such attacks upon Assad’s legitimate rule in Syria are not new. A well-known (in Western media) ‘humanitarian’ NGO working in Syria is the ‘White Helmets’, otherwise called the ‘Syrian Civil Defence’. But despite the name, this organization is neither Syrian nor Civilian nor do they work in ‘defensive’ territories. The organization was managed by James Le Mesurier, a Dubai-based former British soldier and mercenary- sorry- ‘private contractor’. They work exclusively in ISIS-held and Rebel-held areas- where, as one might recall, Sharia law holds sway and few civilians remain in the first place. To quote Vanessa Beeley from Global Research, ‘the White Helmets primary function is propaganda… demonizes the Assad government and encourages direct government intervention.’

(Here I suggest readers google her name and the quote, and read the article mentioned.)

Another piece of propaganda seemingly straight out of Orwell’s Ministry of Truth is the recent‘re branding’ of The Al Nusra Front- formerly known as ‘Al Qaeda’. TFI’s Indian readers might have heard the saying ‘a leopard never changes its spots’- but it appears NATO generals haven’t. NATO support to Al Nusra- which I refuse to refer to by its new name- has been heavy in recent days. Western media also routinely conflates the Islamist rebels- who commonly indulge in sex slavery, murder, and kidnappings- along Kurdish Nationalist groups or Assyrian, Druze or Yazidi defensive militias. Keen readers will observe that the blanket term ‘rebels’ is used to cover all of them in Western media- even though many of such groups aren’t even ‘rebelling’ against the Syrian government per se but were created only after the destruction of Assad’s authority in the east.

This article, however, is not about Syria or Syrians or Assad.

Accusing a country’s legitimate leader of being a Fascist, accusing its military forces of committing sectarian crimes against civilians, describing how barbaric and brutal its population is, calling for the boycott of the country’s economy and services because of alleged ‘unrest’, active demonization of its culture and society- about which other country have we heard of such reports?

Is it Russia- ruled by the ‘tyrannical Stalinist Tsar’, Vladimir Putin?

Is it China- ruled by the inscrutable inhuman mandarins of the CPC?

Or is it the forested savage lands between Afghanistan and Burma, ruled by ‘Maut ka Saudagar’ Narendra Modi and his hordes of ‘sexually frustrated, fanatic, fascist, male Hindu bhakts’?

Instead of sending heavily armed warriors to face a nation’s armies in the field, we find that modern vanguards of armies operate instead on an ‘intellectual’ level. In every case of the sort- Syria, Russia, China, India- the aim of such actions is not only to convince the local population to view the former as ‘uncivilized’ and ‘barbaric’ but to convince the latter’s population itself that their governments are illegitimate and villainous. Who cares that Putin has increased Russia’ GDP ten-fold since coming to power and nearly resurrected the Russian Empire after the ruinous days of Yelstin? Who cares that the Chinese are merely trying to take back their position as the pre-eminent power in the World- and that for all their crimes in Tibet and elsewhere, are still spotless in comparison to the Colonialist Westerners?

Who cares that that most of the past 70 years when Indians had no money, no roads, nothing- save a INR 10 a minute charge for phones- the government was an enlightened, liberal, secular, open-minded race of angelic beings? The Right is, always, wrong. And it is wrong not because of it is Right- but it has dared to challenge the usual ‘garibi hatao’ sloganeering that the ruling establishment in India and the greater World outside have been so comfortable with.

Whether this War is fought with swords in the deserts where Ibn Khaldun once lived- or air-conditioned think-tanks and advertising offices of Washington and New Delhi is meaningless.

So what should we do here?

We must understand that the goal of Humanity is not Gandhian coexistence- but active warfare. And that this war is endemic- and a part of our very beings. Every expression of creative output is a means for the culture that created it to dominate and suppress others. Weaponizing this is absurdly easy- see how easily a little child was used to spark off the First Gulf War. See how innocent refugees are being used to push for yet another foreign ‘intervention’ in Syria.

None of this is new. Neither is the knowledge of this unknown to most readers. But always remember- whether you are watching the latest Hollywood blockbuster or the biggest sporting event in the World- the assassin’s smile is never kinder as the moment they stab you in the back with utmost cruelty.

(Readers will note that I have merely quoted several eminent personalities here. Being a no name writer from a random corner of Kolkata, I hardly have the ability to do more than quote such eminent personalities as they describe Modi or Putin. I have also avoided controversy by referring to the mythical country called ‘India’ since an eminent journalist, partner to a well-known street fighter, has recently declared that no such country ever existed.)