The inevitable partition of Pakistan 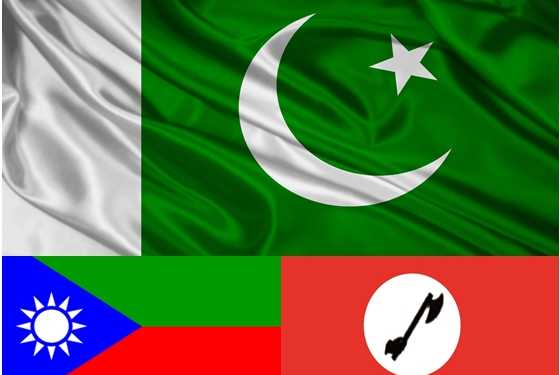 The partition of British India in 1947 and the emergence of India and Pakistan did not, as was widely claimed by their politicians, usher in an era of unity and peace. The British policy of divide and rule had fostered several identities on the newly created nations. In addition to religion, the subcontinent was rife with linguistic, ethnic, economic and caste based divisions. In hindsight, Indian leaders were better able to manage these differences, facilitated in part due to India embracing representative democracy soon after independence.

Democracy enabled minority voices to ring out loud even when brute majority opposed it. It is perhaps of reasons like this that Hindi could never replace English as the sole official language of the Union. Pakistan, however, since its inception walked down the path of force and dictatorship, laying, in the process, seeds of its very own destruction in the future.

At the time of independence, Pakistan was composed of Punjab that spoke Punjabi, Sindh that exclusively spoke Sindhi, Balochistan that spoke Baloch and Brahui, the NWFP that spoke Pashtun and East Bengal that spoke Bengali exclusively.

Partition resulted in hordes of Urdu speaking Muslims from UP and Bihar flooding the newly created Pakistan, with the Moses-esque Jinnah, leading the Mohajirs like Jews to the Promised Land.

Since its inception, Pakistan was ruled by the Army which was dominated by the Punjabis and a civil administration that was almost exclusively Mohajir. In this way, Urdu, which was not the mother tongue of any part of Pakistan, was hoisted upon Punjabis, Sindhis, Baloch, Bengalis and Pathans as the national language. East Bengal was the first to erupt in protest and would remain volatile for much of the time preceding its association with Pakistan. The Sindhis and the Baloch waged a small scale insurgency which continues till the present day. The independence of Bangladesh gave impetus to secessionist movements in Pakistan, raising questions on the stability of the nuclear armed state that persist till the present.

At the time of partition, Hindus made up over a quarter of Sindh’s population. Four of Sindh’s five largest cities had an absolute Hindu majority. Karachi, that was designated as the national capital was split equally between Hindus and Muslims. Sindhis had their own unique culture, formed by years of peaceful coexistence between Hindus and Muslims. Unlike Punjab that was torn asunder with communal riots, Sindh continued to be peaceful. Far too many things- Sindhi language, culture, eating and dressing, common history, united Hindu and Muslim Sindhis than religion which divided them.

The influx of Mohajirs from UP and Bihar shattered the peace that had prevailed in Sindh. Hindus began to trickle out, while Urdu speaking Mohajirs began to take their place. Pakistani government forced Sindh, which unlike Punjab, had surplus land and resources to accommodate the Mohajirs. Successive governments in Pakistan worked at the behest of a nefarious Punjabi-Mohajir nexus that worked against the interest of native Sindhis.

In 1954, the government of Pakistan, in order to correct the balance of power between its populous and united Eastern wing and divided Western wing, introduced the One Unit plan that reduced Pakistan to two provinces- East Pakistan and West Pakistan. The imposition of One Unit scheme threatened to subsume the identities of smaller provinces- Sindh, Balochistan and NWFP into Punjab that already dominated Pakistan demographically and economically.

In order to bolster Pakistani nationalism, which was in fact undisguised Punjabi nationalism, with Urdu as lingua Franca, myths were spread that Sindhi and Bengali are Hindu languages that should be replaced by Urdu. Around this time, Bengalis mutinied against Pakistan and succeeded in establishing Bangladesh. This fanned flames of separatism among Sindhi nationalists. GM Syed, who had proposed the Pakistan resolution in the Sindh Assembly in 1940, became a bitter critic of Pakistan and supported secession for Sindh in the form of Sindhudesh. He created a Jeay Sindh movement that aimed at getting independence for Sindh. He called for independence of Sindh from Punjabi-Mohajir establishment.

For his views, he was repeatedly jailed and harassed by the Pakistani establishment. Diversion of water resources from Sindh to Punjab also led many to feel that Sindh is a mere colony of Punjab. Demographically too, Punjab edged Sindhis out of areas that have historically been a part of Sindh. While separatist sentiment in Sindh continues to be at a low level, there are reports that the separatists are gaining power. A rally held by the separatists in 2012 in Karachi drew hundreds of supporters. Sindhi separatists are also taking inspiration from Baloch fighters in their war against Pakistan. Hindu minority in Sindh continues to be harrassed by Pakistan.

Historically, Balochistan was like the no-man’s land between India, Iran and Afghanistan. Desolate and populated sparsely by the warlike Baloch tribes, the region was brought under the British rule in the 1870s. The Balochs on their part continued to fiercely protect their independence. At the time of partition, Pakistani army attacked Balochistan and ended its independence. The will of the Baloch legislature to not surrender their freedom was silenced by the guns of Pakistani army. However, the Balochis rebelled, again and again, to reassert their right over their land and resources. Miffed at what they perceived was Punjabi colonialism, Balochi warriors battled in the Pakistani army in 1948, 58-59, 62-63, 73-77 and 2003-till date.

Pakistan has also encouraged demographic alterations in Balochistan, resulting in Pashtuns outnumbering Baloch in Balochistan itself. Things became so bad, that Nawab Akbar Bugti, who served as the Minister of State for Interior and Governor of Balochistan was forced to pick up the gun against Pakistani establishment at the age of 80. A host of militant and terror organizations operate in the region that challenge Pakistan’s authority.

The response of Pakistani army has been repressive to say the least. Thousands of Baloch have disappeared over the years and many have ended up as pockmarked, brutally tortured dead bodies. The disproportionate use of force by Pak army has galvanized the next generation of Baloch fighters to challenge Pakistan’s tenuous hold over the region. The mention of Balochistan in Modi’s I-day speech has spurred Baloch activists and separatists alike.

China and Pakistan have traditionally been all weather allies. China has invested billions of dollars in the China -Pakistan Economic corridor that runs through the disputed territory of Kashmir to the now restive region of Balochistan, linking up with China’s own unsettled Xinjiang region. Gwadar port, the symbol of Punjabi and Pakistani colonialism to Baloch people has been exclusively developed by Chinese firms.

Modi’s I-day speech seems to have breathed fresh of life into millions of people who have been oppressed by Pakistan. UK and Germany witnessed protests by Sindhi and Baloch activists against rampant human rights abuses against their countrymen today. Protesters also called for China to end its CPEC project that they claimed was being forced by Islamabad without people’s consent. The ferocity of negative publicity has taken China by surprise, resulting in China behaving aggressively towards India, as happened during deployment of Brahmos in Arunachal.

Chinese Think tanks have also begun talking of China needing to get involved if India disturbs peace and tranquillity in the region, a veiled reference to Modi’s I-day speech. It would be far better if the Chinese could come up with an honourable exit plan from Pakistan, before the country explodes.

All in all, it seems that Pakistan was a deeply flawed idea. An idea, whose time is now up!

A Nuclear war between India & Pakistan, on the cards?

Why Modi’s Vietnam visit is giving headache to Beijing?