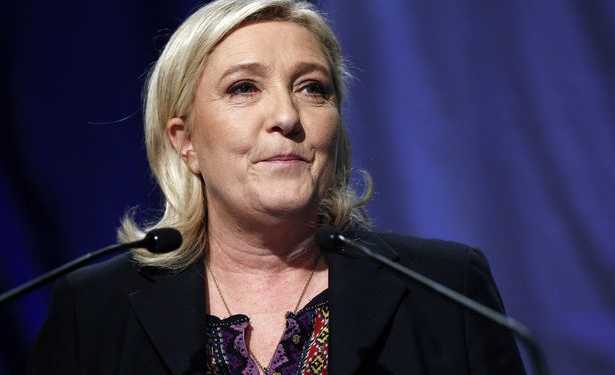 Just few days back the Swedish ministers were in the news when they went to meet Iranian president Hassan Rouhani wearing hijabs. Since Sweden claims to have the world’s first feminist government it was shocking to many people. Sweden ruling government is a coalition government led by Social democrats in which more than half of the cabinet ministers are female. Most of the major political parties are led by female politicians. When social democrats came to power they promised to have a feminist foreign policy and promote equality in the world but they failed to walk the talk.

On Tuesday presidential candidate of France, Marine Le Pen was in the news for the same controversy but different reaction.

She was on a visit to Lebanon to meet the Lebanese president Michel Aoun. A visit was also scheduled to meet Sunni-Muslim Grand Mufti Andellatif Deriane. When she arrived to meet the cleric she was asked to wear a headscarf just like other women whether Muslim or non-Muslim who wants to meet the cleric has to put on a hijab or headscarf. But she refused to wear it and sent a strong message across globe that the dogmas of one religion cannot be imposed on anyone forcefully. When there are talks about free-will it has always been controversial bowing to some rules laid by an authority of some religion. Her political opponents were quick to call it a publicity stunt that would have impact at her home as elections are to be held in April.

Marine Le Pen is the leader of the far-right French political party National front. The rise of National Front is not unprecedented as France has suffered a wave of terror attacks in last 2 years. The current ruling left government has failed to safeguard the country which has resulted in soaring popularity of Marine Le Pen. Islamic terrorism is not the only reason behind her rise, the unemployment in France has raised above 10%. Not only this, she wants the banks to be nationalized. There is rise of nationalism in Europe with Brexit as the perfect example.

Just like Donald Trump Marine Le Pen is known for political incorrectness. Her call for Euro-exit has shaken the investors of the world as it would have adverse impact on them. According to interviews and talks given by her she gives the impression of Russia as better friend to rely upon than the United States. Her major opponents in the presidential elections are Francois Fillon , the conservative party candidate and socialist Emmanuel Macron who was the former economy minister. In a monthly opinion poll she gained 27 percent support ahead of the elections while Francois Fillon and Emmanuel Macron had 20% support each ahead of April elections. However the Monday’s opinion poll showed her loosing by large margin in second round of polling to be held in May if no candidate wins majority in first round.

Many consider National Front as party that spreads politics of hate and fear but isn’t every conservative party considered hate mongering machine by the media ? It’s less likely that she would be next president of France. Can she pull off Donald Trump? Only May will tell.