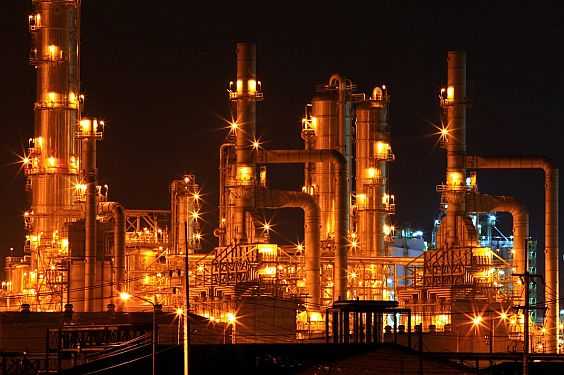 In December, last year OPEC (Organization of the Petroleum Exporting Countries) and non-OPEC members agreed to be on the same page and cut oil production. It was a deal that the oil producing states were trying to cut to buoy the oil prices which had fallen to 27$ per barrel in Feb 2016 from more than 100$ in 2014.

The nosedive in the prices had hit the economy of oil producing countries pushing some in deep recession. Because of this the budget deficit of Saudi Arabia reached to 15% of GDP in 2015 which is the highest in the 30-year period since 1987.According to economists the Saudi Arabian economy is going through one of the worst period in modern history. It’s also having a proxy war with Iran in Yemen by leading a coalition against Houthis which is also making financial dent to the economy.

To make things better the oil kingdom has decided to sell some stake in the country’s oil company Saudi Aramco in 2018 through an IPO (Initial Public Offering).

The stake may vary from 5% to 10%.Saudi Arabia has valued the oil major at $2 trillion but industry experts do not agree on that. The $2 trillion was estimated by Deputy Crown price Mohammad Bin Salman. The premise of the calculation is 261 billion barrels of reserves Saudi Arabia says lie under its oil fields and multiply it by 8 which is benchmark to value reserves. But it’s a fallacy because if the same reason is applied to calculate market capitalization of Roseneft (Russian Oil producer) then it would be $272 Billion instead of $64 Billion and Exxon Mobil Corp would be value at $158 Billion instead of $336 Billion which is completely off the charts. Also, the oil production and cash flow projections of Aramco tell a different story which is the oil behemoth may have less than half the value which is projected by the Saudi government. Some economists have gone so far that they value it $400 Billion which is just one-fifth of the projected value. Selling 5% stake in it would raise roughly $20 Billion.

The pricing of shares in IPOs is usually determined by financial experts on the basis of the company’s economic data and prevailing market conditions. There are questions on the transparency of Aramco as it has never released financial statements before. Before IPO, Saudi Arabia must reveal all operating financial figures on Aramco to facilitate earnings projections. Since Aramco pays high taxes and royalties to the government it must tell the investors about its dividend policy.

Last year Khalid al-Falih, the Saudi energy minister, said that the state would retain control over the country’s crude output targets and Saudi Aramco would have the decisive say on these matters. This is crucial because after getting listed on stock exchange the shareholders should have say in its matters but the Saudi system is opaque which could discourage investors. Saudi Arabia is a member of Oil cartel OPEC whose members collude to change the price of crude oil than that would prevail in free market. As the company is considering to be listed in several overseas exchanges including Tokyo, Hong Kong, New York and London; the Saudi Arabia’s OPEC membership would be a conflict of interest for Aramco. Saudi Arabia must disclose the secret data on oil production cost in all wells to allow independent estimation of the production cost of a barrel of oil from different fields in the kingdom. It should give independent researchers the rights to examine and verify records of Aramco. The majority owner of Aramco would still be Saudi Arabian government even after selloff; it must make sure that Aramco is not used a political and economic weapon to affect its foreign policy.

In the past other state-controlled national oil companies have gone public, such as Rosneft in Russia and Petrobras in Brazil. But their shares have performed poorly despite their massive oil reserves because of high corruption. Last year a major scandal hit Petrobras (Brazil Oil Company) which led to the impeachment of Dilma Rousseff. In November 2016 former Russian Economy Minister Alexei Ulyukayev was arrested for taking a $2 million bribe in a Rosneft deal. After the scandal many shareholders sold their shares and invested in other companies. Corruption led to alienation and marginalization of investors as a result Petrobras and Rosneft were devalued by billions of dollars. For Aramco to prevent the same fate, it would need to clean its hands and put the interests of the investors ahead of the monarch.