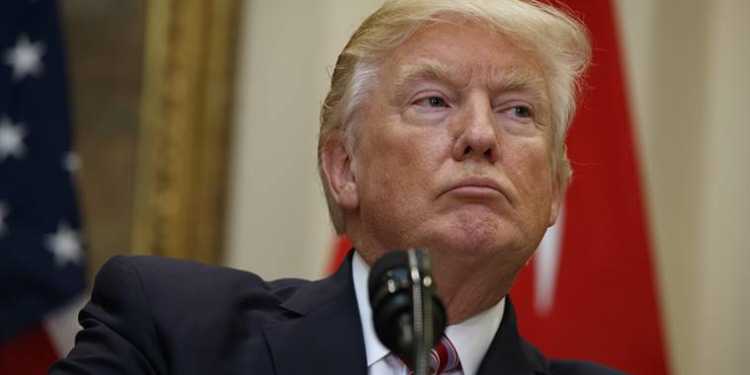 When almost every media house in the world was enchanted by Hillary Clinton and predicted her win in 2016 US Presidential election, at that time Allan Lichtman was certain that no one could snatch victory from Donald Trump’s lap. He is a history professor in an American University and has correctly predicted the winner of presidential elections since 1982. However, at the same time he also predicted that Donald J Trump would not be able to complete his tenure as president and would be impeached soon after coming to power.

Impeachment is exceedingly rare. In the past the US Congress has initiated sixty two impeachment proceedings in U.S. history, with 19 cases going to trial and just eight federal officials being convicted. In history of US politics only two United States presidents, Andrew Johnson and Bill Clinton have been impeached. Both of them were acquitted. No member of the Senate or House of representatives has ever been removed through impeachment. In 1974 Richard Nixon would have been the only high U.S. official removed from office, but he resigned after the Watergate scandal when it became clear that his presidency was doomed.

Donald Trump ’s impeachment is talk of the town for bettors and commoners alike.

Online betting sites have been busy taking bets on whether the 45th president of United States will make it through the year and remain President. Donald Trump got embroiled in controversies soon after swearing in as President. Just few days after becoming NSA Michael Flyn resigned from his post on allegations that he was dealing with the Russians.

Recently, Trump fired James Comey from FBI director position citing reasons that he was not capable to lead the bureau effectively. Remind you that James Comey is the same man who was investigating the alleged Russian involvement in US elections. As the heat is intensifying, people are busy speculating that Trump will be impeached before the end of the year.

As of late, a popular site PredictIt was indicating about a 27 percent chance that Congress would move to boot Trump out of office. While that’s barely a 1-in-4 probability, it’s up dramatically from a recent survey on May 8, when the probability was as low as 7 percent.U.K.-based Paddy Power is laying 3-1 odds that Trump will be impeached in 2017, and those chances have been growing as well.

Impeachment talks started long before Trump was Mr. President. In fact, they were round the corner when he was President-elect. Trump’s November 8 victory sent shockwaves round the world to those who call themselves ‘Liberals’ and ‘Progressives’. At that time also PaddyPower had 16-1 odds, which fell to 10-1 after his January 20 inauguration.

Paddy Power is taking bets on what will be used as justification for Trump’s impeachment. Some of them are treason (10-3), followed by tax evasion (4-1); perjury (7-1) and bribery (10-1). Another site, Sportsbook.ag, and has also shown rising odds of a Trump impeachment, though bettors on the site still consider Trump is most likely to win presidency in 2020.

But impeachment is not an easy process. First, the House of Representatives has to authorize proceedings. If grounds for impeachment are found, a majority is required to impeach. The Senate is empowered to conduct a trial, with the chief justice of the Supreme Court who acts as the presiding officer. Also, Two-thirds of the Senate, or 67 senators, are required to convict. That’s a very high hurdle for almost any significant bill and we are talking about impeachment.

Today Republicans control both the chambers of Congress. They would unlikely pursue impeachment against Trump without overwhelming evidence of wrongdoing against him. The only time a party controlling Congress sought to impeach a president in its own ranks was in 1868, when Andrew Johnson got engaged in fight with his fellow Republicans over the treatment of the defeated Southern states after the Civil War. In the cases of Richard Nixon and Clinton, the opposition party controlled the Congress but that’s not the case today.

The other way to impeach the president is the 25th amendment, but it’s never been used. The amendment was adopted in 1967 and creates a mechanism for Congress to oust a president if super majorities in the House and Senate conclude that the president is mentally or physically unfit for the job. Bettors have not always been right in the past. Even at the height of the Monica Lewinsky scandal, bettors didn’t think President Bill Clinton was as likely to be impeached yet he was. It would be correct to say Trump is safe for now but for how long it’s unknown. Till then, impeachment speculation and prediction would govern the betting world.