by The Frustrated Indian
in Geopolitics
Reading Time: 3 mins read
0 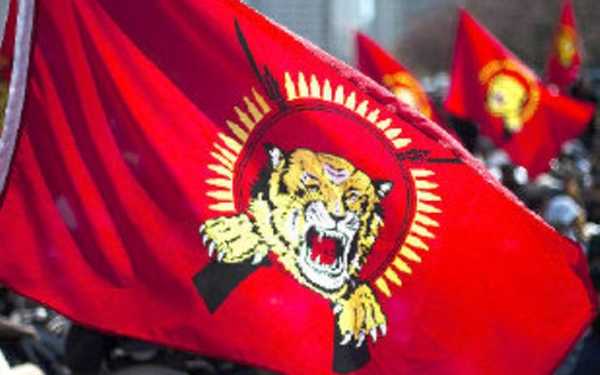 May 2017 marks 8th anniversary of the finishing off one of the most advanced terrorist outfits, this world ever saw, the Liberation Tiger of Tamil Elam or the LTTE. Srilanka suffered from the world’s terrorist malice for 26 years but overpowered it successfully.

On an ideological front, LTTE is often labeled as Hindu terrorist organisation by Jehadi apologists to justify their beloved phrase, “Terrorism has no religion”.

A closer look at the organisational set up of LTTE will reveal that it was anything but a ‘Hindu Terrorist Organisation”.

The fight of LTTE against the Sinhalese Srilanka was more of a fight against the discrimination that arose out of ethnicity and not religion. It was a coincidence that ethnic Tamils were not Buddhists but Hindus.

The Tamils unlike the Jehadis were not fighting for a promised land. The Elam was not mentioned in any holy book of the Hindu Tamils. The part of Srilanka inhabited by the Buddhists was not believed to be occupied by the disbelievers and to wage a holy war is their ordained duty. The Black Tigers or the suicide squad of the LTTE never shouted any Mantra or Sholka from the plethora of the Holy Books that the Hindu Tamils follow.

Prabhakaran as is believed was a lapsed Methodist Christian and hated homosexuals like any rabid Evangelist. He had forbidden love affairs between the LTTE cadres and the punishment for violating this code was death. From the book – Total Destruction of the Tamil Tigers: The Rare Victory of Sri Lanka’s Long War

The chief ideologue of the Tamil Elam was Anton Stanislaus Balasingham, another devout Christian. All the LTTE cadres were buried instead of being cremated.

The chief Bishop of Munnar had allowed the LTTE to run their operations office from inside the Madhu Church and the chief bishop of Munnar was the ambassador of the Elam, Rajjappu Joseph in London.

Be it Anton Balasingham or Prabhakaran, they had explicitly mentioned that the goal of the Elam was to form a Socialist Republic of Tamil Elam which is much in consonance with what the Church funded extremist groups desire in the North Eastern part of India.

LTTE was an attempt to create an anti-Tamil, anti-Buddhist and anti-Hindu statelet in the immediate vicinity of India. It aimed to sabotage the unity of Hindus and the Buddhists to create an artificial church funded entity.

There is no doubt that Tamils were highly persecuted in Srilanka but it is hard to explain why Prabhakaran and his son Charles Anthony always sought a military option for the settlement of the Tamil grievances. In fact, the Tamil Elam in itself was not inclusive. The Eastern Tamils were discriminated by Prabhakaran who was a Tamil from Northern Srilanka. Colonel Karuna, his second in command broke away from Prabhakaran and joined the SriLankan forces and brought down the entire empire of Prabhakaran. Prabhakaran was averse to Muslim Tamils too. He never conceptualised a space for Muslim Tamils in his Elam. (Source – The Book – Total Destruction of the Tamil Tigers: The Rare Victory of Sri Lanka’s Long War)

So, his passion for Tamil woes was a big facade and he was never ever interested in creating any homeland for SriLankan Tamils.

LTTE was a pawn in the great conspiracy funded by the West. Unfortunately, generations of young, healthy Tamils were sacrificed at its altar for reasons which could have been settled by negotiations and dialogue .