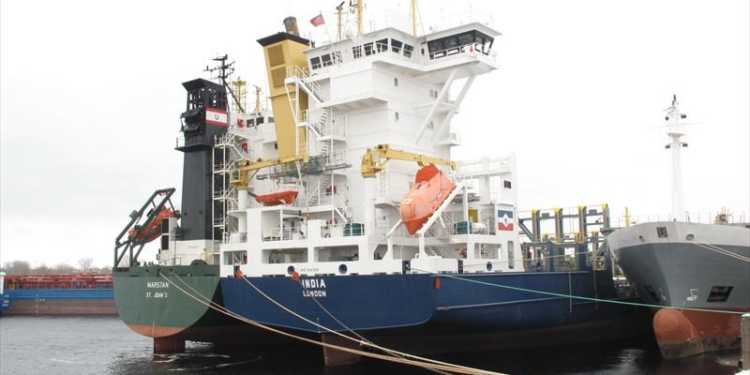 China is an economic superpower, but there was a time till the late 1970s when India was neck-to-neck in terms of economic strength. It was only in the early 1980s that China zoomed past India and left India lagging far behind economically. China is a revisionist state and all its economic projects globally should be seen only in that perspective, and so should CPEC which is a part of OBOR. China’s huge investment in Africa, Central Asia or in South-East Asia must be giving a sore eye to the west, especially the United States of America.

“Not my concern anymore”, a dejected Jinping buries his child “BRI”

The New Silk Road (NSR) was envisioned in 2011 by the then Secretary of State Hillary Clinton. It was basically to help Afghanistan set up a trade network with all its neighbours and with countries that lie a bit deeper in the continent. One must not forget that US wanted to exit Afghanistan and pull out its soldiers. This idea was put forth so that the United States could exit Afghanistan gracefully, but it faced roadblocks in Barack Obama’s second term. This project is very similar to China’s project with infrastructure development, but requires a lot of diplomatic manoeuvring given that the region is highly unstable and a hotbed of strifes. The strong India-Afghanistan relationship makes it more meaningful and hence India is such an important member of this US initiative. Historically, Afghanistan was centrally located in what was known as the ‘Silk Route’, and US wants to exploit this unique position to meet the current geopolitical scenario. The infrastructure can be utilized even after US’s exit from the region as US has plans to connect it with Central Asia, India and other countries which are its military allies. Another reason for developing the region is to utilize its resources worth billions of dollars’ lying idle due to lack of required infrastructure for proper transportation.

The Indo-Pacific Economic Corridor is US’s vision to meet its ‘Pivot to Asia Strategy’. This is also due to the rising clout of the dragon in the eastern region and US feels that it needs to rebalance the game.

Another strategic reason is because the Indian Ocean, Bay of Bengal, the Strait of Malacca, Sundah and Lombok as a region accounts for nearly 55% of the world’s container trade and 70% of energy transported by ships. This project in particular is to connect South Asia and South-east Asia. East Asia has become a region which the western powers are looking upto as regions that are more stable and economically stronger. Thus, the best way to utilize them is to turn the Indian Ocean and the Pacific Ocean into one maritime entity and this is what US intends to do. India needs to make sure they utilize this to the fullest if they want to challenge China in any way.

The US has stated that India is pivotal in both these projects. It is no secret that India is the only country in the region which can stand in the way of China, though there are certain obstacles to it.

There are very few opportunities which show themselves up and this is one of those especially given that China is trying to push India into a corner by investing in projects around India. India needs a route to Central Asia and the New Silk Route Project will certainly help in connecting India to the energy-rich Central Asia and India rarely has set up ports abroad, and the IPEC helps in meeting that challenge too. This is India’s chance to challenge China, but at the same time, we should be wary of the US too.

It’s Official: PM Modi has Reduced The Powerful Pakistani Military Cartel to a Bunch of Clowns