“Not my concern anymore”, a dejected Jinping buries his child “BRI” 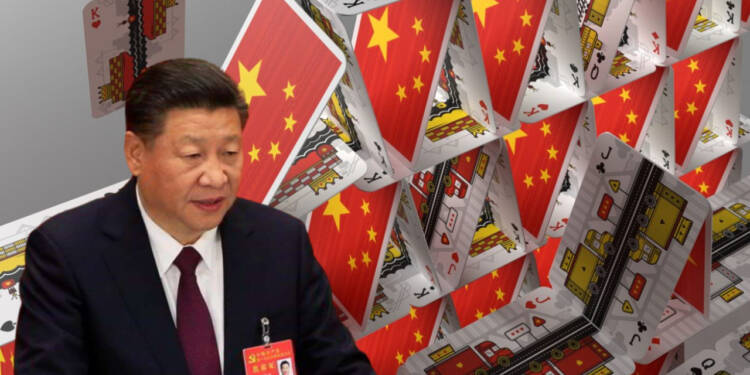 China’s Belt and Road Initiative (BRI), sometimes referred to as the New Silk Road, was one of the most ambitious infrastructure projects ever conceived by Beijing. Launched in 2013 by President Xi Jinping, China had aimed to stretch from East Asia to Europe, significantly expanding China’s economic and political influence.

However, in just nine years, Xi’s newborn baby is buried. Yes, Xi’s pipe dream of a vast network of railways, energy pipelines, highways, and streamlined border crossings is now officially dead. As his re-election nears, CCP has decided to keep BRI out of the books.

BRI is dead as a dodo. Yes, you read that right. For CCP it is not important anymore. According to the diplomat, the Belt and Road Initiative, often referred to as the “project of the century,” is gradually disappearing from Chinese leaders’ statements over ten years after it was first introduced.

Over the last two years, there is a constant decline in mentioning of BRI by CCP members. In 2021, only 44 speeches by Chinese leaders mentioned the BRI out of the 80 that were published in English on the website of the Ministry of Foreign Affairs of China.

This is clearly a red flag that BRI is officially being rebranded or restructured. Furthermore, even Xi has not stated about his baby project in recent times.

Furthermore, the BRI is not only disappearing from Xi’s speeches, but also from Xi’s agenda.  In 2017-2019, Xi was using the Belt and Road Forum to welcome leaders from all around the world to Beijing, over the past few years, the BRI didn’t have a presidential forum.

Even the advisory board that supervised the BRI for the world has been deserted by Xi. According to reports, the Advisory Council of The Belt and Road Forum for International Cooperation is now managed by China’s foreign minister Wang Yi.

Surprisingly even the Chinese foreign minister has neglected to promote BRI in his speeches. This all signifies the fact that BRI is fading away.

Is BRI going down with Xi’s future?

But, we’re overlooking something big here. This report by the Diplomat has come at a time when the CCP is about to elect the next President of China.

Furthermore, since Xi took power in Beijing, China’s reputation throughout the world has suffered more than before. Probably not even Mao Zedong was as unpopular. In this, BRI has also played a major role.

Well, BRI has always remained in the crosshairs of the globe when it comes to financing as most of the nations that once intended to be part of BRI are now crumbling to survive. For instance, Sri Lanka and Laos.

Over the past five years, claims of debt traps, colonialism, ecological problems, and low standards had completely destroyed BRI’s credibility.

In order to avoid becoming a victim of the Chinese debt trap, the globe has started acting with more caution when dealing with Beijing. But now, it looks like the vicious trap is dying a slow death.

CCP is not at all interested in mentioning BRI at any cost because it doesn’t want to get abused. It is now proposing new schemes like GDI to remain in the good books of the world.

Read More: Li Keqiang could be the next President of China

Honestly, the downfall of the BRI is going to biggest strategic setback for China ever since India and other such countries have decoupled from China.

As the BRI falls apart, Xi Jinping is definitely compelled to give up his ambitions for Chinese domination of the existing world order and with the “dual circulation”. Furthermore, will he get re-elected, that remains in predicament.

Collection of 33 Lake quotes and captions

Nigeria must control Gulf of Guinea with an ‘Iron Fist’