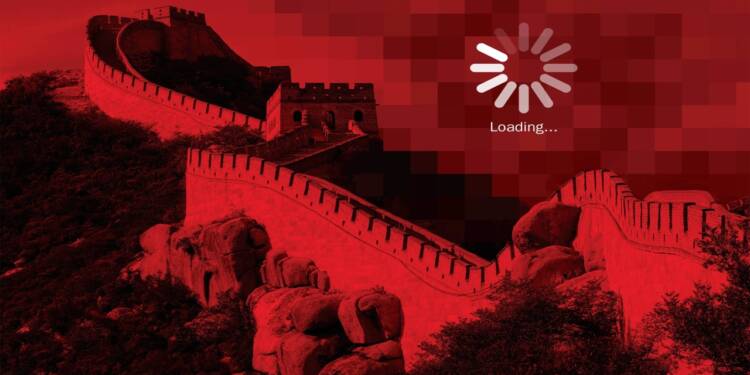 The great firewall of China and Chinese censorship mechanisms are renowned for curbing discernment that usually erupts in China. Most of the content that is available on the internet is approved by CCP. There are rarely any videos or photos of China that are not in cognizance of CCP.

Nowadays, The city of Shanghai is in a painful lockdown. If you search Shanghai on Weibo, numerous footage of empty streets and emergency workers providing food will be shown, because CCP wants you to watch it.

But, only a few images of a big city with 26 million people combined with wrath, despair, and desperation, who have been confined to their homes since April 5 and are battling for food and medicine don’t make up. The truth there is people and pets are being killed brutally. Furthermore, the ‘zero covid policy’ is becoming a joke in the city. As a result, people have started flouting Chinese Censorships smartly and the CCP can’t help it.

Shanghai residents seem to have revolted again the ‘zero covid policy’. They want the world to watch how CCP works. For this, residents have started jumping into China’s notorious online censorship system. The citizens are spilling their anger on sites that include Twitter-equivalent Weibo, messaging app WeChat, and the Chinese version of TikTok, Douyin.

In this episode from Shanghai, Despite censorship efforts to suppress it, a video called “Voices of April” became viral on Chinese social media. Aerial views of Shanghai were combined with audio recordings purportedly produced by distressed locals in the video. Later on, the video jumped the firewall and made it to the news in the world.

To jump the firewall is easy for Shanghains. When the “Voices of April” video was blocked, users re-uploaded it with different tantrums so it evades the censors’ detection. The video was posted upside down, its audio was paired with different images, and people posted fake movie posters that included a QR code linking to the clip.

And not only this, many more incidents have come up to light. For instance, videos of a man pleading for his sick father to be allowed to go into a hospital; children in quarantine centers crying after being separated from their parents and people committing suicide.

Even in a country that spends a huge amount of money to purify the internet of opposition, the Shanghai lockdown demonstrates even the most powerful systems can get exploited.

Read More: How China’s Zero Covid policy could end up wiping out a large portion of China’s population

Police lay their weapons down

When the content uploader is verified, Shanghai Police contact people who are reposting critical content on international social media platforms and end up arresting them. but, the uproar of people is so much that it looks like even Police have started to stop forceful takedown of content.

Ming Gao, who works in PR and lives in Shanghai’s central Jing’An district is one such example that indicates that police have stopped bothering them. When Gao saw some photos circulating on Chinese social media that were critical of his city’s Covid strategy, he wanted more people to see them. Hence, he started re-uploading it.

When the post started receiving applause, he received two phone calls from his local police station asking him to take the post down. He refused, and he says that since then, he has heard nothing more.

So fear is down as a result of the Police’s withdrawal which is pushing content more.

If one thinks the uproar has started due to the authoritative Chinese Policies. he/she is wrong. Chinese social media users are finding ways to circumvent censorship for a long time so the world can see what is the true face of Xi Jinping.

The only difference is that this time they have succeeded. The uproar is so huge that Chinese censors and police have no other option rather than to lay down their tools in Shanghai.