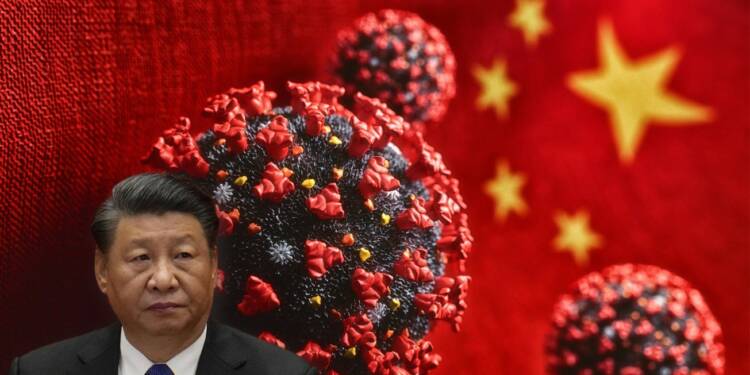 When the Coronavirus Pandemic kicked off in March 2020, all countries had more or less a similar policy- enforcement big lockdowns and aggressive containment measures to buy time for vaccine rollouts and ramping up healthcare facilities. Some countries like New Zealand even achieved zero COVID. But as the Pandemic continued, almost all countries decided to open up, learn to live with COVID-19 and build up immunity amongst the citizens.

However, there is one country that continues to follow the zero-COVID strategy, and it is China. The country has continued its tight lockdowns and containment measures. Effectively, this has left large swathes of the Chinese population unexposed to the virus. Substandard Chinese vaccines haven’t helped the Chinese acquire sufficient immunity either. And this means that a single big COVID-19 wave could wipe out a major portion of the Chinese population.

For more than 20 months, China has stayed deeply obsessed with its containment policy that is described as a zero-COVID strategy.

Stringent containment measures and draconian lockdowns is what defines the zero-COVID strategy. In June 2020, when a single new case was confirmed in Beijing, authorities moved quickly, identified the point of origin, sealed high-risk neighbourhoods, and launched a mass testing campaign.

This is the standard operating procedure in China now. A single case leads to tight containment measures.  In extreme cases like the Xi’an outbreak last year, authorities locked down millions of citizens to avoid more infections.

The Chinese Communist Party (CCP) claims that it has prevented millions of deaths. But the reality is quite different.

The zero-COVID strategy and keeping people unexposed to the virus hasn’t actually helped China achieve anything.

According to findings made by George Calhoun, who is the director of the quantitative finance program at Stevens Institute of Technology, the Chinese regime has likely understated the Covid-19 death rate by as much as 17,000 percent in a systematic data suppression campaign aimed at sustaining its political image across the world.

The official Covid-19 death count, which the Chinese regime has put out, is 4,636. But according to the recent findings quoted by the Epoch Times, the number of Covid-19 deaths in China are numbered at around 1.7 million, which is a whopping 366 times higher than the official figure.

Millions in China have died despite the zero-COVID strategy.

Yet, there is a bigger catastrophe knocking on China’s doors- the big immunity gap.

The US Centers for Disease Control and Prevention (CDC) recently revealed that natural immunity proved to be more potent than vaccines during the Delta wave in the US.

By the week of October 3, case rates were around six times lower in California amongst people with vaccination and no prior virus infection, than those who neither had vaccination nor prior COVID. But the case rates were even lower among people with prior COVID and no vaccination. In California, such people had around 29 times lesser infection rate than those who were neither vaccinated nor exposed to the virus in the past.

Those who had the vaccination, as well as exposure, have the highest level of protection against COVID-19.

China however lived under a zero-COVID strategy and therefore most people in China haven’t developed natural immunity against the virus. And then, the Chinese don’t have vaccine-induced immunity either.  Chinese vaccines have proved grossly ineffective in different parts of the world. The CCP itself doesn’t promote vaccine use amongst the elderly.

Also Read: China has successfully vaccine-trapped, UAE, Bahrain and most of the developing countries

You end up at a stage where the Chinese simply lack built-up immunity. Today, the Chinese people are more susceptible to COVID-19 than any other population on the planet. In fact, no more than a small fraction of one percent of the Chinese population possesses natural immunity against the virus. By contrast, 67 percent of India’s population is said to have got exposed to the virus and carried antibodies well ahead of the Omicron surge.

Also Read: No Australian open for Novak Djokovic as Australia shuts him out

People across the world have learnt how to live with COVID-19, but China hasn’t. This means that as and when China opens up its society, it will have to face a constantly mutating virus without any real protection- natural or vaccine-induced.

The world is coming out of the Pandemic, but China is waiting for a COVID-19 tsunami that could wipe out a large portion of its population.