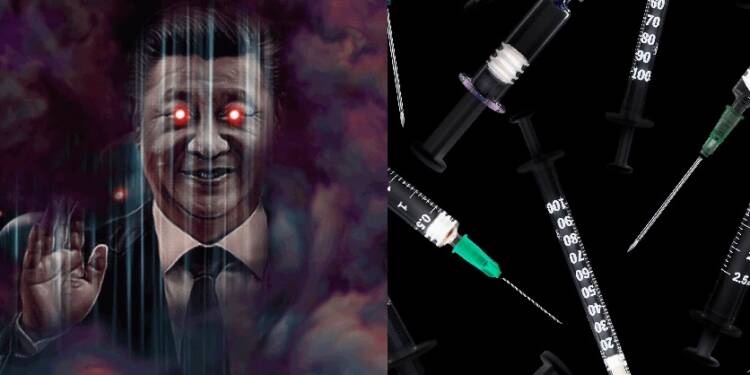 If China’s ostentatious claims are to be believed, China has fully vaccinated its 70 per cent population against Covid-19, making it the first-ever country in the world to administer more than 2 billion vaccine doses. China vaccinated a staggering 20 million people a day for several weeks of June this year. Chinese media and propaganda outlets took excessive pride in their ostensible mind-boggling vaccination figures while mocking the slow roll-out worldwide. However, merely two months after this state-orchestrated PR campaign, China’s Covid-19 strategy has seemingly taken a massive hit. The virus is surging at a record-breaking pace in several parts of China, prompting the authorities to shut down the markets and lock up the masses in their homes.

The Delta variant is believed to have become a stumbling block in China’s road to recovery. Chinese vaccines were already ineffective against Covid-19 infection, and the highly contagious Delta variant simply made these doses useless altogether. Until now, the country’s vaccine makers have not publicly shared any data on how effective their vaccines are against the delta variant.

The Chinese authorities have adopted a “Zero-tolerance” stance against Covid-19 in its localities, often resulting in officials sealing up entire cities or towns. For instance, the city of Zhangjiajie was forcefully closed down after an outbreak was reported. Previously, a delta outbreak in Wuhan had prompted the city officials to test all of its 11 million residents. While the radical testing and vaccination strategy has earned China praises from the World Health Organisation, it has scarcely helped the country in eluding another massive surge of infection.

So, what is the reason behind China’s spectacular failure in containing Covid spread despite vaccinating its 70 per cent population? The answer to the question lies with faulty Chinese vaccines. Vaccines have remained the Achilles heel of China’s Covid story. The hyped nationalism and geopolitical ambitions prevented China from opting for foreign vaccines. China heaped praises on its domestic vaccines to boost its vaccine diplomacy offshore. Resultantly, China’s ineffective vaccines are taking a massive toll upon China’s economy.

Read More: China is set to lose big in the Middle East as its ineffective vaccines test the patience of Arab states

A recently published Bloomberg report has unravelled how China’s economy may have slowed down further in August. The extent of a slowdown is still to be figured out; but the consumption, output and investment levels are expected to remain low-key. Moreover, China’s crackdown on its tech, EduTech and gaming sector may also have exacerbated China’s economic woes. “Consumption took the hardest hit in August as the Covid-19 delta variant spread across China, forcing the closure of tourist spots and some cities during the summer holidays,” the Bloomberg report noted.

Indicators of the services industry have also portrayed a worrisome picture of China’s economy, with both official and private gauges pointing to the first contraction since early 2020.

Infrastructure investment in China is heading southward with no relief in sight.  The Bloomberg report reads, “In July, spending on roads and other infrastructure shrank the most since the pandemic last February, dragged down by the slow pace of borrowing by local governments.”

Read More: Demographic doom: China can wipe out all its children with its faulty vaccines

Faulty homemade vaccines have scripted a bleak story of China’s Covid strategy. China could have easily triumphed over the virus had it put Indian, Russian or American vaccines in use. With over 70% of citizens already fully vaccinated with faulty vaccines, China has been left with no other option than to lock the masses up in their homes. For worse, China is not letting its masses inoculate themselves with foreign vaccines to save the loss of its face.

Foreign vaccines: The only way forward

Chinese administration is mulling inoculating its citizens with the third dose of vaccine; however, experts fret about the level of antibodies considerably coming down after six months of getting jabbed with the Chinese shots. Foreign vaccines can significantly alleviate Chinese woes should China allows foreign vaccines makers to sell their vaccines in the mainland. China should realize its vaccines are preventing Chinese authorities from steering the country away from the Covid catastrophe. It is high time that the CCP sheds off its prejudice against Indian and American vaccine makers and allows its citizens to get them jabbed with reliable vaccines manufactured in India or the US.

By slashing military aid to Egypt, Biden attempts to fuel tensions between Egypt and Israel