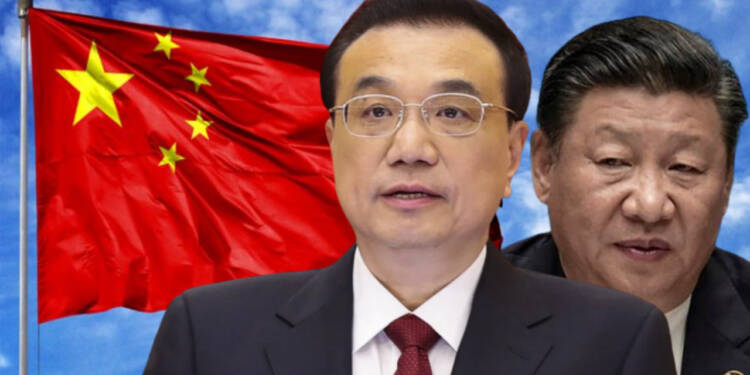 For the past few days, rumors have been circulating on the internet that Chinese President Xi Jinping will be stepping down soon. Also, because Xi Jinping is suffering from a ‘cerebral aneurysm,’ reports are circulating on Chinese social media that the Chinese Premier will resign shortly.

Meanwhile, it is predicted that the next Chinese president will be someone who can reclaim lost ground in the world and reverse the harm caused by Xi’s economic and diplomatic policies.

So, someone who stands against Xi’s policies and tactics must be considered for this position. Furthermore, he needs to appeal to the Chinese people. Well, a well-known name in China’s politics is ascending. He is Li Keqiang.

Premier Li Keqiang, China’s second most influential political figure, has been sidelined by President Xi Jinping for years. But now, Mr. Li is now resurging as a powerful figure in CCP. Li has emerged as a face of dissent against Xi Jinping’s policies that China hasn’t seen in nearly a decade.

According to government officials and advisers close to decision-making in Beijing, Mr. Li has recently pressurized China’s autocratic leader to reverse several policies that have led the country away from Western-style capitalism and contributed to the country’s economic slump.

Xi and Keqiang have been at odds on various issues many times. Mr. Li is also trying to influence the choice of his successor when he steps down as premier in less than a year. His goal is to appoint a new premier to act as a counterweight to Xi Jinping.

However, there’s a possibility that, rather than acting as a counterweight, the next premier and Li may reverse everything Xi Jinping accomplished during his presidency.

The Positive influence of Li Keqiang

Whenever the Chinese people are angry because of a blunder or mismanagement by Xi Jinping, he retreats to Beijing. You never get a straight response from him. But, This is not the case with Mr. Li Keqiang. Li actively visits victims and promises them prompt resolutions. Moreover, he has much more positive notions among the Chinese people than Xi.

For instance, last month, during an inspection tour of Jiangxi in eastern China, Li visited an industrial park populated with e-commerce firms. Surprisingly, most of these firms were hit by Xi’s crackdown on big tech companies.

Read More: Meet the next Chinese President, a friend-turned-foe of Xi Jinping

He promised the e-commerce executives and their employees that he will support the “platform economy”, paving away from Xi’s policy.

And guess what, it happened. a meeting of the Politburo, a 25-member central decision-making body, signaled a pause to CCP’s regulatory crackdown on tech firms. hefty fines and other punishments that had eroded business confidence and led to mass layoffs were removed.

His bold tactics have made him quite popular in China. This is a source of Xi’s annoyance since he wants his name to be entitled to the presidency. This November, Xi Jinping will be aiming to secure a third term.

But, recent reports suggest that Xi won’t be able to surround himself with loyalists to vote for him. Li Keqiang can easily use this opportunity to pave way for his presidency at that moment.

Li Keqiang was nowhere a few years ago due to his differences with Xi Jinping. He came back stronger in 2021 and now is quite openly vocal about CCP policies when it comes to the economy and importantly over Zero Covid Policy. How thing unfolds and whether he will be the next president, is yet to be seen. But one thing is for sure, Xi Jinping’s power is going to be divided. His time of absolute power comes to an end.

Pandemic Treaty: Tedros, Fauci, and Big Pharma are planning to enslave the world