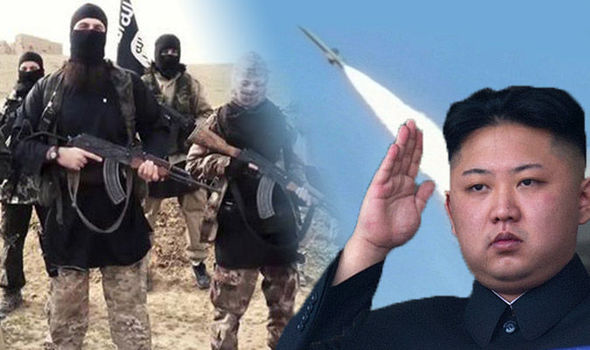 Well, I suppose I see a different world than you do, and the truth is that what I see frightens me. I’m frightened because our enemies are no longer known to us. They do not exist on a map, they aren’t nations. They are individuals. And look around you – who do you fear? Can you see a face, a uniform, a flag? No, our world is not more transparent now, it’s more opaque! It’s in the shadows – that’s where we must do battle.

Earlier this week, the United States of America witnessed one of the deadliest attacks in its recent history. With over 50-dead and close to 400-injured, the otherwise dynamic city of Las Vegas wore a deserted look. Stephen Paddock from Mesquite, Nevada, a relatively old man aged 64, conducted the attack, using an automatic assault weapon, even though they are hard to acquire. Shooting from the 32nd floor of his hotel suite, he showered the street below with bullets before the SWAT team entered his room, only to find him dead (Paddock had shot himself). The US’ problem with Gun Laws is not new, for every shootout follows an elaborate discussion about how gun control is needed, only to be forgotten a few days later, and only to be resumed the next time innocents are butchered in some primary school or in the thriving casino city of Las Vegas.

However, a twist awaited this fateful tale. Hours later, ISIS issued a press release, claiming responsibility for the attack. The claim, as of now a conflicted one, if proven true, could mean that the Las Vegas attack was the worst attack on the US soil since 9/11 that killed over 3000-people. Stating that Paddock had converted to Islam a few weeks before the attack, they issued their claim through the Amaq News Agency which has been employed by the insurgent group earlier too for similar press releases, and more than often, they have been credible.

In no time, the claims from ISIS were dismissed. For one, Paddock, unlike the usual ISIS terrorists did not wait for the security forces to gun him down or was not involved in a suicide bombing. Two, early reports tell that Paddock was into gambling and a liquor addict, both considered vices under Islam, and last, there was no proven link to affirm that Paddock had indeed converted to Islam.

The US agencies have plenty reasons to deny the involvement or influence of ISIS in this attack. For one, it could seriously dent their credibility before their European counterparts, given how the latter has been a regular victim of ISIS attacks in the recent times. Two, this would fuel the Trump wagon, for a majority of the Republican voters relate to President Trump for his strong take on Islamic Terrorism. Alongside, any link, direct or indirect, to ISIS could justify Trump’s travel ban, immigrant shackles, and would give the Republicans an edge. For a country that waged a war worth trillions of dollars in Iraq to satisfy its ego, these possibilities are plausible, but not confirmed, as of now.

However, ISIS too has enough reasons to make a false claim for the attack. Firstly, they have lost ground in Mosul. At the pinnacle of their success and slaughter missions, ISIS was an insurgent organization with a significant territory under its control which also included a few oil fields. With fighters coming from all over the world, including India, they had reasons to believe in their own strength. They had their own public spaces, schools, and even sympathizers who backed them because they offered a source for their livelihood. Today, none of that insurgency exists. Even though ISIS will continue to battle in parts of Iraq and Syria, it is no longer a force to be reckoned with in the region. There have been countless reports of disagreements within its ranks, they have lost significant power after consistent bombing by the Russians, and also, because some of the fighters have returned home, to the shadows.

In this age of information and data, battles are fought simultaneously on two fronts; on the ground in the narratives. Turns out, ISIS has exceeded expectations on both fronts. Facilitating a number of attacks, with the most recent ones in France and Canada, the group has transformed from an insurgent organization to a terrorist one, dispersed across the world. Unlike the Al-Qaeda after 9/11, ISIS is no longer holding territory or a country and will not be eliminated by bombing mountain caves. From Kashmir to Canada, flags of ISIS can be found with ease, and this is where their biggest success has been. Taking the digital route, the terrorist group has assisted fighters (who went back) to build underground networks and use trucks and knives to strike terror.

The post-Second World War global order lies in shambles today. Liberals have been defeated across the world for their inability to deliver what they promised. US is no longer the desired superpower, financially or politically. While China has enhanced its economic standing, Russia, steadily, has carved a unique space for itself in the Middle East. The Turks and Arabs, who were once against the Syrian dictator, are now warming up to Putin, who has managed to de-escalate the Syrian conflict. Israel too has turned to Russia in its quest for buffer zones in Syria to prevent Iranian forces in the vicinity of the country. Clearly, Putin is no Santa Claus to give everyone what they need, but he is keeping all the channels open. US, meanwhile, is a retreating bystander.

This confused and chaotic global order offers ISIS the perfect breeding ground for resurrection. United we stand and divided we fall is a thing of the past, for ISIS is not looking to carry out attacks similar to 9/11, and their objectives have changed. For instance, the Tube bomb in London on September 15 this year wasn’t about how many people ISIS could kill, but how they could penetrate the financial lifeline of the United Kingdom with ease. Similarly, when ISIS flags are waved in Kashmir, it’s not about how many leaders or people they have killed, but their capacity and capabilities. ISIS wishes to be taken seriously, for it wishes to be feared. On the other hand, the leaders of this new global order must take ISIS seriously, for it must be destroyed.

While ISIS grows steadily in the shadows, the global order has a nuclear force to shackle. If the Great War and the Second World War had their origins in Europe, the Third (and possibly the last) World War will be fought in the Korean Peninsula. However, unlike ISIS, North Korea must continue to exist as I stated in one of our Facebook posts last week. Quoting it here:

The North Koreans may call Trump deranged or demented, but the truth is that they do understand that if it comes to that, President Trump won’t take more than 20-minutes to wipe out North Korea from the World Map. However, the problem does not lie in deceased North Korea, but what shall follow.

Russia or China won’t be amused with an American presence in the Korean peninsula. Worse, Russia and China may install their own governments as a replacement (Russia did that before and that is how North Korea came into being). Needless to say, the Chinese will be shackled by the refugee crisis along with Russia.

Then, the problem will move to Syria, where the proxy-war will be intensified. Within months, two global powers will be fighting simultaneous proxy-wars in the Middle-East and the Korean-Peninsula with China and Russia on one side and America and whatever allies (Japan and South Korea to start with) it can manage on the other.

However, there is a reason to be hopeful, for China and Russia, both have elections coming up and a global war is the last event they need to sustain their current leadership. One missile on North Korea and Trump can add another $5-7 trillion to his national balance sheet, already constrained by the highest debt in the history of the US. Japan has elections coming up later this month.

Modi and May, they both aren’t in a position to fight any war, and may not ally themselves in this global tension. However, the era of NAM is obsolete, and siding with the US will mean inviting troubles on the Chinese and Pakistani front, and honestly, no Indian wants a war right now, especially when we are surging ahead globally.

North Korea must continue to exist, not for the sake of its demented momo-like dictator, but for the sake of the 7-odd-billion people who should not pay the price because two men couldn’t find a solution diplomatically, and here, we are not even evaluating the crazy nonsense Islamic Extremists carry out.

Yes, North Korea must exist, unless obviously, the regime collapses within itself, or is made to.

Today’s ISIS is like a dispersed Nazi Germany. The ideologies are clearly different, but the objectives are not. The Thousand-Year Reich was not conceptualized to be tolerant of other faiths. Similarly, across the Pacific, the Japanese had plenty reasons to go to war with the US. However, expecting Kim Jong-un to do a Pearl Harbor in 2018 is quite far-fetched. With Russia and China as its trading partners, North Korea must find a way to co-exist with the US under Trump, and for the good of the global world order.

The US, as the global policeman, is in its dusk. China, as the mighty dragon, is moving ahead, conquering whatever nations it can in the name of macroeconomics and infrastructure. Russia, politically, is reaching out to players in the Middle-East and the Korean Peninsula. The Europeans are still trying to decipher what went wrong with their immigration policy as they come to terms with another knife attack. The United Kingdom is finding a respectable way to facilitate Brexit, and lastly, Japan is looking for trade partners, the most recent being India as they both come together for the ambitious bullet train in the prosperous states of Gujarat and Maharashtra.

Amongst these blurred global realities, India’s Prime Minister Narendra Modi strives earnestly to create a contemporary version that doesn’t dwell around the spineless position India took during the Cold War. There have been significant success stories and there have been a few letdowns, but on the whole, it has been an upward trend.

For India, animosity with China is imminent but not immediate, for currency is mightier than the conflict. Alliances with US, Japan, Russia, and the EU are existing but not exuberant, for friendships are not built in a single term.

In an age of ISIS and North Korea, India must find the right partners at the right time.