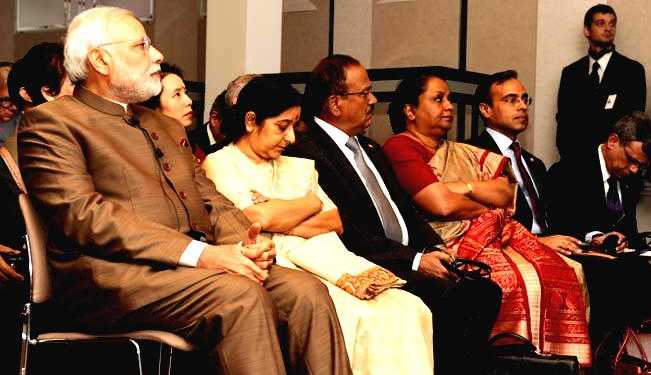 Maldives is an island country situated in the Arabian Sea southwest of Sri Lanka and India. It is one of the world’s most geographically dispersed countries, and the smallest in Asia by land and population (which is just 427,756.)

On Thursday, February 1, the island was thrown into chaos when the country’s Supreme Court issued an unexpected order, demanding the immediate release of nine high-profile political prisoners which included former President Mohamed Nasheed. The government currently headed by President Abdulla Yameen has since (in less than a week) not only refused to accept the Court’s order, but further declared a state of emergency and suspended large parts of the constitution.  Furthermore, special operations forces stormed the Supreme Court and arrested Chief Justice Abdulla Saeed forcing the remaining judges to rescind the original order. Overall the situation is fully out of control and the people who have been hurt the most are the common average citizens. Human rights have become non-existent and life on the small island has become impossible. Despite condemnation from countries like US and India and Global bodies like the UN, the political turmoil has shown no signs of getting resolved.

Former President Mohammed Nasheed who has been in exile since 2016 and was exonerated by the supreme court which acted as the immediate trigger to this incident hailed India as a country which could effectively bring an end to the turmoil in Maldives. He also clarified that, his was not a request for personal power but for the common people who have been thrown into an era of uncertainty. He said, “India may not like me [for some reasons], but all I am saying is please listen to me.”

Maldives has traditionally been a close Indian ally for many years. India played a major role in resolving the 1988 Maldives Coup in which the then PM Rajiv Gandhi sent troops to help the government restore rule after PLOTE mercenaries teamed with rebels to overthrow the government. Since then the ties between the two countries have moved on from just cultural to a stronger bilateral relation. Unfortunately, the Maldives has been warming up to the Chinese recently. Maldives also registered increased Islamisation as a large number of people from the country left for ISIS. It is for both these reasons India should have intervened. Right now, the Maldives are on course to become a safe-haven for Islamic Terrorists and a local base for the Chinese despite what they may claim. India could have used the turmoil to to take control of the situation and increase its influence in the Indian Ocean where US and China are currently dominating the naval game. While leftists in India go on about non-intervention, China is already working on a plan to checkmate India. After Nepal and Sri Lanka, Maldives seems to be walking in the lap of China too, India could have used this as an opportunity to counter Chinese influence in Maldives but we chose not to act.

It is well evident that India denied itself the golden opportunity to intervene and showcase its influence as a regional superpower. Much before the turmoil began in Maldives, we penned an article about how China is snatching Maldives from India:

Intervening and restoring peace and order in neigboring countries is the hallmark of a global power. It is sad to see that we lost Maldives after losing Nepal to the Chinese.

However all not is lost. India still has the chance to make ammends and revisit its position. China has still not officially involved itself in the resolving the crisis in Maldives. To keep their position safe, they urged India not to intervene. Will India step up to the challenge? It remains to be seen.

After Chinese Currency, Chinese Language is official in Pakistan