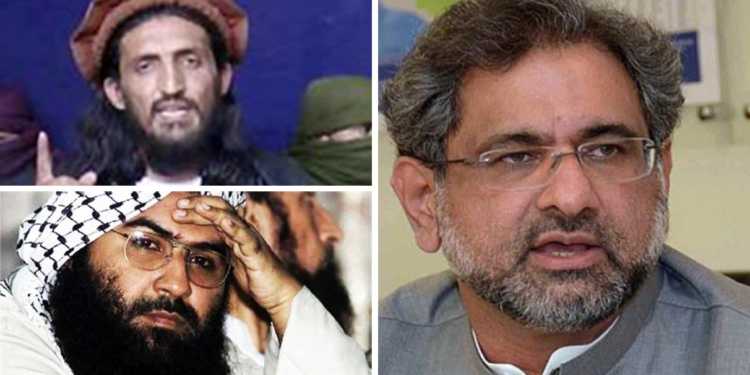 US has blocked Pakistan’s bid to list Jamaat-ul-Ahrar‘s commander Umar Khalid Khurasani in the terror watch list of the sanctions committee. Jamaat-ul-Ahrara is considered to be a faction of Tehreek-e Taliban. Ironically, Pakistan supported the Taliban government in Afghanistan in the late 1990s. Pakistan military trained Pashtun fighters during the Soviet-Afghanistan War. After the war ended these people formed the Taliban and took over Afghanistan government with the help of Pakistan. Now Pakistan wants to get rid of Taliban because it has spread its control into Pakistan’s Northwest Frontier Province (known as Khyber Pakhtunwa). Pakistani officials say Khurasani is the alleged mastermind of the attack on the Army Public School in Peshawar in December 2014 that killed nearly 150 people and the Easter Sunday suicide bombing in Lahore in March 2016 that left 75 people dead, most of them Christians.

“We are deeply disappointed…Khurasani has the blood of hundreds of innocent Pakistanis on his hands. If the organization, Jamaat-ul-Ahrar, has been listed by the sanctions committee, its leader Khurasani should also have been listed.” said Foreign office spokesman Mohammed Faisal.

Trump’s government is taking tough decisions against Pakistan; Trump clearly stated that “the US will not be fooled by Pakistan anymore”, before cutting down military aid to Pakistan. The latest decision to block Pakistan’s bid to blacklist the commander of the outfit indicates that the American government will no longer deal with Pakistan in a ‘happy go lucky’ approach. The development came against the backdrop of China repeatedly blocking efforts by India and Western powers to have Pakistan-based Jaish-e-Mohammed chief, Maulana Masood Azhar, listed as a terrorist by the UN Security Council, reportedly at the behest of Islamabad. Masood is founder and leader of Jaish-e-Mohammed (Army of Muhammed).

Jaish-e-Mohammed is a Deobandi (Ultra-orthodox Islamic extremist ideology) group active in Pakistan occupied Kashmir (PoK). The organization is responsible for the 2016 Pathankot Airbase attack which was one of the most serious security breaches in Indian history. The terrorist outfit was also suspected of carrying out Uri attack in which 19 soldiers of Indian Army were killed. Jaish-e-Mohammed was allegedly involved in the 2001 Indian parliament attack. Masood Azhar is supposed to be one of the co-conspirators of the 2008 Mumbai attacks. He was arrested by police in Srinagar 1995 but the Indian government had to release him because the Islamist outfit had hijacked an Indian Airlines flight with 176 passengers.

India has suffered due to Maulana Masood Azhar and his terrorist outfit Jaish-e- Mohammed but China repeatedly blocked India’s bid to designate Azhar as a terrorist  on Pakistan’s request. Today, they are faced with a similar situation where Khurasani, who killed Pakistanis, remains untouched in another country. “The Americans inject politics into the sanctions regime and practice double standards. They are not listing the leader of a terrorist entity who is targeting Pakistan merely because he is operating from Afghanistan,” an unidentified Pakistani official told Dawn.

Pakistan’s Army has a long history of harboring terrorist organizations in and around the borders with India and Afghanis. The army is too powerful in Pakistan and takes all security-related decisions unilaterally without involving the government. Therefore, the democratically elected government is unable to convince the army to take any action against these terrorist outfits. In fact, since its inception, Pakistan has been ruled by the military for more than three decades.

State-sponsored terrorism has always been a central them of Pakistan’s foreign policy, and its tribal regions have been declared as a “heaven for terrorists” by the United States Defense Secretary. Former Pakistan President Pervez Musharraf has confessed that the government ‘turned a blind eye’ because it wanted to force India to enter into negotiations, as well as raise the issue internationally. Spies in the Inter-Services Intelligence Directorate (ISI) cultivated the Taliban after 2001 because Karzai’s government was dominated by non-Pashtuns and officials who were thought to favour India. Now that the Islamic Republic has been taught a lesson by the Trump administration, we can only hope it rolls back on its terror sponsoring activities.