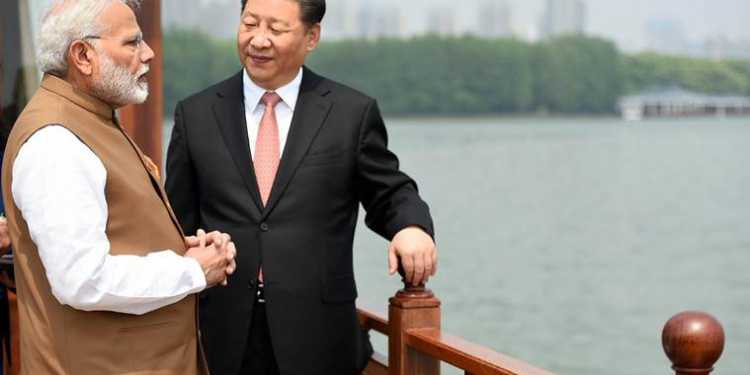 The relationship between India and its Northeastern neighbor China is a very complicated one. The two Asian giants are involved in border disputes that go back almost half a century, but they are also one of the largest trading partners in the world. Both countries compete to gain the tag of the next superpower, while on the other hand, they come together on many issues that concern developing nations to challenge the hegemony of developed countries in international forums like United Nations, World Bank, International Monetary Fund, and World Trade Organization (WTO) etc. Perhaps this is the reason people say “only interest of the countries drive the international relations, there are no permanent friends and no permanent enemies.”

Recently, some WTO members including the United States and European Union have questioned India’s Minimum Support Price (MSP) programme for wheat and rice, while they have been complaining to China for the same for some time. New Delhi has teamed up with Beijing to formulate a step-by-step proposal to convince rich members to eliminate their farm subsidies where the WTO has allowed them higher amounts beyond de minimis (ceiling) levels. WTO is an intergovernmental organization which regulates international trade between countries in goods, services, and intellectual property by providing a framework for negotiating trade agreements and a dispute resolution process. The agreements and resolution are aimed at enforcing countries to adhere to WTO agreements, which are signed by representatives of member governments. The joint proposal by India and China said “Any meaningful attempt at reforms in agriculture subsidies must address the asymmetry between the developed members on the one hand and most of the developing members on the other hand in their respective entitlements to AMS (Aggregate Measurement of Support) beyond de minimis and the flexibility to provide high product-specific support.”

Rich countries give agricultural subsidies to their farmers, which has been the bone of contention between WTO members for long because these subsidies make the agricultural exports of poor countries less competitive in the international market. The EU agricultural subsidies determined by EU Common Agricultural Policy (EUCAP) were described as discriminatory by many trade experts. Heinz Strubenhoff writes in a blog for Brookings Institution that “EUCAP was a central planning system with administratively fixed intervention prices for major commodities, huge stocks of cereals and milk products, and high import tariffs. It felt like the West’s imitation of Soviet-style central planning. Paradoxically, despite a sharp increase in subsidies, farmers kept complaining; the main reason being that the EU intervention agencies largely deprived farmers of their rights to work, as real entrepreneurs in free markets.” According to the paper by India and China, the developed world cornered 90 percent of total entitlements, amounting to a whopping $160 billion annually; therefore, negotiations on further discipline on domestic support for agriculture should start only after reduction of trade-distorting subsidies by developed nations.

WTO has been severely criticized by poor countries for playing in the favor of rich countries by allowing EU countries and the United States to cross the higher limit for subsidies. None of the director generals of WTO have been from India or China, which are two of the largest trading countries in the world. However, it keeps pressing the developing countries to abide by WTO rules in international trade. The International Food Policy Research Institute has estimated that subsidies cost developing countries almost more than 40 billion dollars in net agricultural exports. It is time for developed countries to stop this discriminatory attitude towards their developing counterparts. It is no longer a unipolar world that is tilted in favor of western countries, and Asian nations like China and Japan are powerful enough to oppose any wrongdoing by the latter.