Antigua alleged that the U.S. violated WTO laws via the prohibition of cross-border gambling and its anti-Internet-gambling policies by preventing credit card companies and banks from honoring Antigua's online gaming transactions 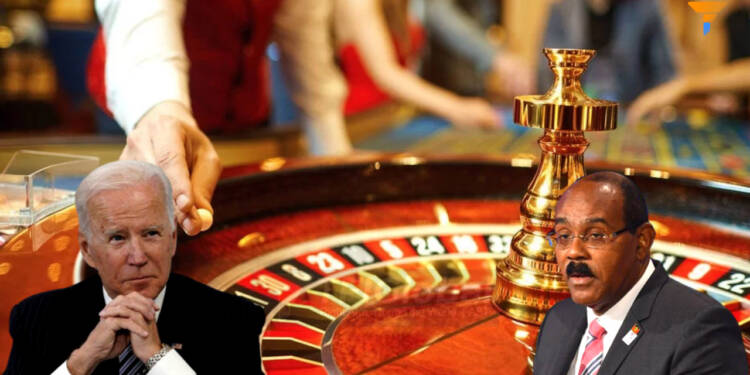 According to a media report by St. Lucia times, the representative of the OECS (Organisation of Eastern Caribbean States) in WTO has called for the United States to comply with the ruling of the WTO Dispute Settlement Body (DSB) in the case on the cross-border supply of gambling and betting services brought by Antigua and Barbuda as the complainant.

Reportedly, The OECS ambassador at the WTO and head of the OECS mission in Geneva, HE Colin Murdoch, took the US to task for its failure to reach a final settlement with Antigua and Barbuda in the case DS 285 which has been outstanding for many years.

The WTO General Council was conducting the fifteenth US Trade Policy Review, under which WTO member states reviewed reports by the US and the WTO Secretariat on US trade policy, and a record number of speakers took the floor to comment on the reports and to pose questions on the double standards of the USA.

Well, this ain’t the first time when the US has got chastised for its double standards, it is an occasional phenomenon. However, this case, DS 285, is actually quite intriguing and highlights the differences between Antigua and Barbuda and the US.

Let’s go back to 2003 to get the full picture of the relationship between the two countries.

Antigua and Barbuda, a tiny Caribbean island nation with a heavily dependent tourism industry, sought to diversify its economic sectors in order to draw in more visitors. Internet gambling was deemed to be the best option and the solution by the nation.

Online gambling quickly attained unprecedented popularity. It provided the citizens and government of Antigua with a seemingly endless supply of fun, excitement, and money. Online casino games could be played by gamblers without them having to worry too much about security. The safe run, however, was temporary.

The stores of internet gambling reduced severely, from 119 to only 28. Online employees related to gambling also declined from around 3,000 to 500. A few days later, news came that Antigua and Barbuda has challenged the United States in WTO.

Antigua alleged that the U.S. violated WTO laws via the prohibition of cross-border gambling and its anti-Internet-gambling policies by preventing credit card companies and banks from honoring Antigua’s online gaming transactions.

Read More: Cuba is stuck in the “Bermuda Triangle” of slavery

In its defense, the US gave a really absurd excuse stressing that, the “US Generalized System of Preferences (GSP) scheme, Antigua and Barbuda and St. Kitts and Nevis are not eligible due to their high per capita income classification.”

But, of course, you can’t judge the state of an economy through GDP per capita. In 2004, the US lost the case and was ordered by WTO to compensate $21 million annually to Antigua and Barbuda.

Years have passed and guess what, the issue between Washington and St. John has not been settled yet. Reportedly, the country has lost $315 million so far, equivalent to more than a quarter of its annual GDP and less than 0.1 percent of the U.S. economy.

Although the WTO awarded Antigua the right to use trade sanctions to recoup its losses, it opted for a settlement. Washington till today, accuses Antigua and Barbuda of playing politics over this debate.

Read More: Caribbean nations are not a hotspot for international criminals, St. Kitts and Nevis ensures that

The US did this to Antigua and Barbuda for its personal gains because it did not want a small Caribbean nation to challenge its monopoly in online gambling.

For the unaware, US Online Gambling is one of the biggest markets in the world. In 2021, the US online gambling market had a value of 2.65 billion USD. By 2028, the market is anticipated to generate sales of about USD 7.61 billion at a CAGR of 16.4%.

The US stresses that the two main factors boosting the casino online gambling industry in the United States are consumer interest in betting and the freemium model of online gaming. But, the real reason is that the US never allows others to prosper in online gambling.

Read More: Haiti started winning the day it started alienating from the west, now the result is out!

Antiguan online gambling could have churned out billions for the people and let people prosper. People would have diverted themselves to Antigua and Barbuda rather than online casinos which are headquartered in Miami, California, and even New York. The US was spooked by Antigua’s attempt to challenge it hegemony and hence, it still keeps punishing it.