Haiti started winning the day it started alienating from the west, now the result is out!

Following the recent steps of Haiti, in the backdrop of the subversion of Haiti by the West, signals that the nation is slowly trying to move away from the hegemony of the West. 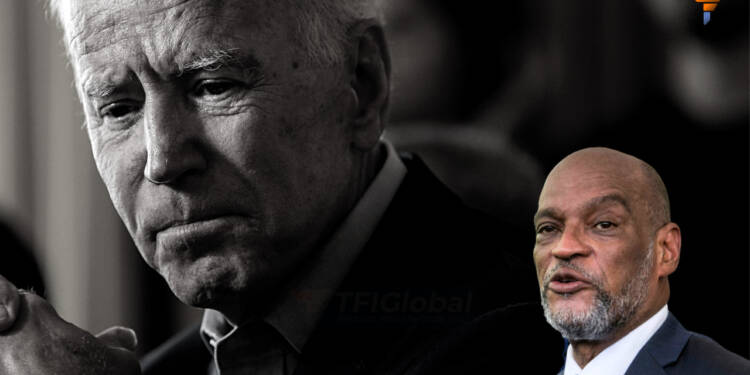 It is not a hidden fact that Haiti’s helpless situation is caused by too much dependency on the US which is responsible for countless war crimes and devastation in the country. But lately it seems that Haiti’s leader, Ariel Henry, is coming to his senses and beginning to see the wicked plots of the West.

Hence, in light of this scenario, he decided to reform the farming sector of Haiti. Make no mistake, this is not a major step but if seen from the perspective of a subservient state, the impacts of this move will be far-reaching.

The Inter-American Development Bank (IDB) released a study in which it stated that the governments of Haiti, Panama, Dominican Republic, Mexico and Central America, have implemented policies worth an average of 1.1% of their GDPs in response to the high levels of food insecurity and price rise.

The IDB emphasised in its study that around 62 million people in these nations are struggling with food shortage and malnutrition following the coronavirus pandemic. In addition to this, the study also includes recommendations regarding improving food security for households such as food aid programs, targeted transfers among others.

Now focusing on Haiti, the nation is being ruled by an incompetent leader, Ariel Henry, whose rise to power has been marked with controversies. He took several undemocratic decisions such as dissolving the body which conducts elections in Haiti. He has also been accused of being involved in the assassination of the former president Jovenel Moise.

Apart from being an autocratic ruler, Henry also follows the draconian diktats of the US and Europe. Recently, he demanded the deployment of international armed forces in Haiti to violently repress the rising civilian unrest owing to his inefficient administration’s handling of the economy and democratic institutions.

In response to this, thousands of Haitians protested and warned the Henry’s regime to immediately suspend the plan of surrendering their country to foreign occupying forces.

However, there were certain ministers and officials in his government who might didn’t work on the instructions of the West. This resulted in Henry firing his justice and interior ministers as well as the government commissioner. The dismissals followed a decision of the Biden administration to withdraw the visas of current and ex-Haitian government officials whom it alleged were emboldening criminal gangs in the Caribbean country.

Coming back to the decision of Haiti’s government to implement policy measures to reform the troubled food sector of the country.

Now, Haiti since always had a turbulent political scene, the successive unconstitutional US-puppet governments and authoritarian leaders plundered the resources of the country. As a result, Haiti became one of the poorest countries in the world. Half of its people live below poverty line, the agricultural sector relies heavily on imports, 4.5 million people are grappling with malnutrition and inflation is being estimated at 26%.

Therefore, after examining the whole situation, Henry’s regime has realised that it needs to take strong measures to improve the economy of the country. Since, agriculture is one of the indispensable sectors of the economy, he introduced measures to combat the rising food insecurity and malnutrition.

This step of Haiti, in the backdrop of the subversion of Haiti by the West, signals that the nation is slowly trying to move away from the hegemony of the West. Following the example of nations like Dominican Republic which have turned anti-West, Ariel Henry is starting to realise that blindly following the arbitrary commands of the West will only culminate in suffering and agony of his people.

Although, the agricultural reforms are not drastic measures, but they indicate that in the long run Haiti will emerge from the ascendancy of the US and its allies. Henry is starting to see that if he wants to continue his rule then he must chart a path of self-reliance.