The Dominican Republic has a vibrant democracy with opposition parties winning the elections, people having free speech, electoral laws demanding accountability from parties, independence of judiciary and an independent press. Haiti can learn from its experience 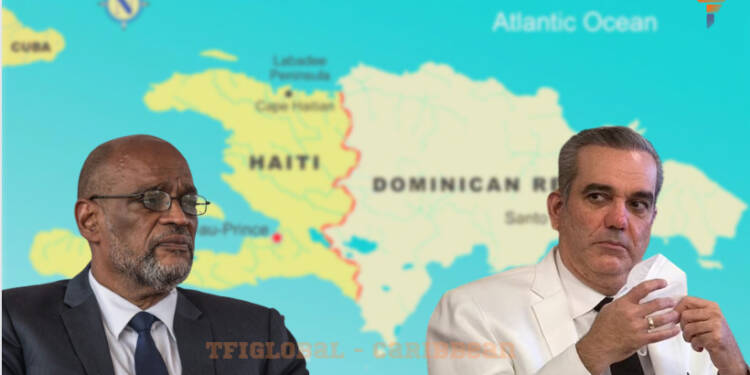 The Dominican Republic is a democratic country, its constitution came into force in 2010. The document ensures legal, political and economic rights for citizens, in fact they have been enjoying the right to vote since 1942.

However, the United States occupied the Dominican Republic and put thousands of its soldiers there from 1915 till 1934. The regime installed by Washington enacted laws which authorised US state-owned sugarcane companies to expand their operations.

In 1924, Horacio Vasquez, a puppet of the US, won the general elections. As his regime was undemocratic, people revolted against him. The then military chief, Rafael Trujillo, ordered his troops to stand by in the face of mayhem. Later, Trujillo became the leader of the Dominican Republic, his rule was marked by appointment of family members to the office, repression of dissent and killing of political rivals.

Eventually, Trujillo was assassinated and his heirs who formed the government were overthrown. From there, the Dominican Republic embarked on a democratic path.

Since then, the nation has seen political, economic and social stability. In fact, since 2010, the GDP has grown at an annual average of 5.8%, making the Dominican Republic the fastest growing economy in the Caribbean and Latin America. The per capita income also increased by 40% in the last decade.

The tourism sector is another significant part of the economy, in fact from 2000 to 2018, tourists to the Dominican Republic have doubled from 3.3 to 7.2 million. In 2018, the sector generated 334, 000 jobs. While remittances to the country, which accounts for 7% of the GDP, rose by 5% annually and was estimated at $6.8 billion.

Now, Haiti is the neighbour of the Dominican Republic. But precisely, an opposite picture emerges from its socio-political scene.

Haiti has always been a troubled country. The Political crisis escalated last year as the former president Jovenel Moise, who was later assassinated, refused to vacate his post at the end of his term. This led to widespread civilian unrest in the nation which saw the arrest of a Supreme Court justice and a high ranking police official.

Moise’s regime implemented draconian orders such as removing judges from the Supreme Court, not following proper guidelines and attempted to illegally amend the constitution.

As a result of the unrest, the economy of Haiti has crippled.

Half of the people live below the poverty line and are forced to depend on subsistence farming. The country is also reliant on international financial assistance, the UN gave it more than $13 billion in aid.

The tourism sector, which drew 1.3 million tourists in 2018, attracted just 938, 000 in 2019. The debt has increased to $3.57 billion, the agricultural sector is dependent on imports, 4.5 million people are struggling with malnutrition and the inflation has risen to 26%.

Diseases like Dengue, Malaria and Cholera, have resulted in the death of thousands of people and infected about one million people. In 2018, the government announced that it will end fuel subsidies. Haiti witnessed a massive earthquake which led to the demise of 2000 people and destroyed resources.

The country is also troubled by the prevalence of various gangs which are involved in homicides, drugs, shootings etc.

Now, why is there a stark contrast between two countries which are situated next to each other? Both Haiti and the Dominican Republic experienced political turmoil and were victims of dictatorship. Then why is it that there is no peace and stability in the former?

The reason is persistent foreign intervention in Haiti. Its colonial ruler France decided to end its rule only when the Caribbean nation agreed to pay it reparations which is estimated around $22 billion. This resulted in Haiti’s governments paying 80% of their revenue to France for 120 years.

Similarly, the US intervention was another factor. In 1915, president Woodrow Wilson ordered the occupation of Haiti by the US military. The US occupation witnessed racial discrimination, forced labour, suppression of freedom of speech etc. Around 15,000 civilians were killed by US forces for opposing Washington’s rule.

Many presidents were assassinated, toppled and abducted on the instructions of the US government. Even after the US ended its occupation, it ensured that a puppet regime was established in Haiti. Francois Duvalier and his son Jean-Claude, were brutal leaders whose reign of terror saw massive corruption and rights violations.

After the demise of the Duvalier regime, the US didn’t stop its interference in Haiti. The first democratic leader of the country, Jean-Bertrand Aristide, who took a stance against Washington’s dominance, was overthrown twice in 1991 and 2004. The US used the toppling of his regime as a pretext to deploy a UN peacekeeping mission in Haiti which will restore democracy. And in 2011, another puppet, Michel Martelly, came to power through election fraud.

Haiti’s sovereignty and territorial integrity was destroyed because its governments never sincerely challenged the US’s authority. The country sacrificed its freedom.

Now, there is a problem of illegal migration in the Dominican Republic. Illegal migrants, mostly from Haiti, are coming into the country in huge numbers which prompted the government to deploy its forces on the border and conduct mass deportations.

This led to the US and UN criticising the Dominican Republic for taking an action against illegal migration, in fact the Biden administration even went to the extent of issuing a travel advisory to its citizens to avoid travelling to the nation.

However, the Dominican Republic has responded by stating that it has the absolute right to ensure the safety of its border and is following its constitution. Emphasising that the presence of illegal nationals are impacting the economic resources of the nation, the government labelled the US’s allegations as baseless.

The position taken by the Dominican Republic in defence of its deportation policy is a glimpse of the reason why there is stability in the country. Although the US occupied the country, after its withdrawal it was never able to intervene, overthrow a regime or influence the elections. Because governments knew

In addition to economic prosperity, today, the Dominican Republic has a vibrant democracy with opposition parties winning the elections, people having free speech, electoral laws demanding accountability from parties, independence of judiciary and an independent press. Haiti can learn from its experience.