With Haitians fleeing the nation to find a more stable and peaceful place to stay while the unrest settles down, several nations are finding it difficult to provide them a place to stay on their land due to various security issues. Not to mention, US is on the top of that list of nations that are deporting Haitians 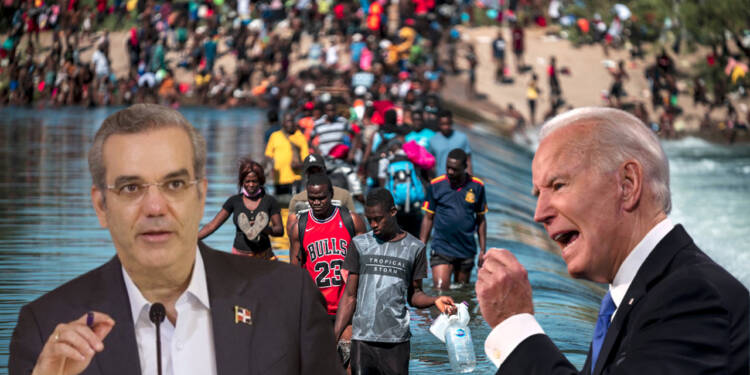 In recent news, the UN’s main human rights agency is calling on the Dominican Republic to halt the deportations of Haitian migrants at a time of unrest in their country.

“Continued armed violence and systematic human rights violations in Haiti do not currently allow for a safe, dignified and sustainable return of Haitians to the country,” the UN High Commissioner for Human Rights Volker Türk said in a statement.

Further, Türk also urged Haiti to take measures to prevent xenophobia and discrimination against Haitians, who are fleeing the Caribbean Community (CARICOM) country as a result of the gang wars and political unrest, with migrants seeking refuge across the region, according to a report.

If we remember correctly, it was only the US who adopted discriminatory practices against Haitian migrants, not only in the recent crises but during the previous crises as well.

Previously, Human Rights Watch has stated that the US deployment of border agents on horseback against Haitian migrants on September 19, 2021, stems from abusive and racially discriminatory immigration policies by the administration of President Joe Biden.

Alison Parker, US managing director at Human Rights Watch had said, “This violent treatment of Haitians at the border is just the latest example of racially discriminatory, abusive, and illegal US border policies that are returning people to harm and humanitarian disaster.”

The mistreatment of Haitians, their deportation from US and their unacceptance in the nation is not new issue. Even when the world is aware of all that, this recent statement by an international organisation is highly hypocritical, interfering and irresponsible.

But, Dominican Republic is not going to bow to US diktats so easily.

The President of the Dominican Republic, Luis Abinader has termed the statements of the United Nations High Commissioner for Human Rights, as unacceptable.

“The migration policy of each country is within the jurisdiction of each government, which makes these statements unacceptable and irresponsible”, said Abinader.

US role in the Haitian migrants crisis

The whole ongoing crisis in Haiti is the result of interference of the foreign powers in its internal affairs. The US is a part of a secretive colonial and imperial alliance in Haiti known as the “Core Group” which has deepened the country’s crisis. They run the political system of Haiti under the guise of “protecting its democracy”.

The recent Prime Minister of Haiti, Ariel Henry came to power after the assassination of President Jovenel Moise in July, last year. Henry enjoys western support, but his legitimacy is questioned by Haitian civil rights groups and the common people. Due to this conflict, the protests are rising in Haiti every passing day. And, looking at the deteriorating condition of the country, several Haitians are fleeing the nation.

However, the US has turned away Haitians who are fleeing the deadly conflict and its treatment of the migrants has also been questioned. While the US itself has been expelling or deporting Haitians and sending them back to a country in chaos then it is ironic that the UN wants only the Dominican Republic to deal with the crisis and halt the deportations of the Haitian migrants.

Thus, this move of UN, of putting the onus only on the Dominican Republic, a small Caribbean nation that has already suffered the most economically from the illegal migration of Haitians while ignoring the US role in the crisis, seems unfair. The US can’t absolve itself of responsibility of the on-going crisis in Haiti just by putting on the farce of providing them with “temporary legal status”.

EU runs out of sanctions to impose on Russia