With the Haitian crisis intensifying and many Haitians fleeing the country, the US is increasingly mounting pressure on the Dominican government to accept the fleeing Haitian migrants 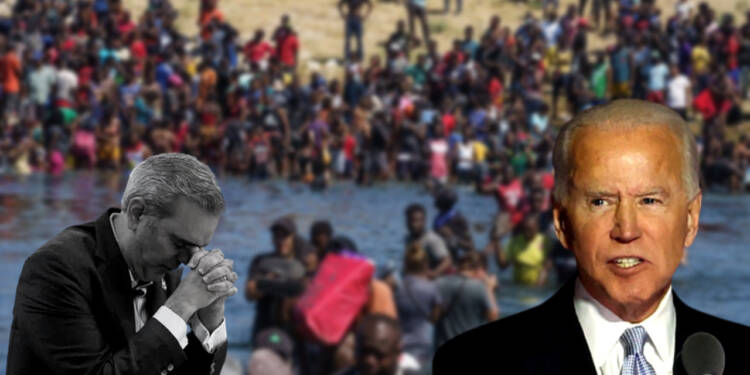 Now, the US has got UNICEF to put more pressure on the Dominican Republic to halt deportations.

Dominican Republic have expelled at least 1,800 unaccompanied Haitian migrant children this year, sending them back to their crisis-stricken country, UNICEF said.

Among those fleeing to the Dominican Republic are girls and boys, many of whom are sent back to Haiti through different border points, according to the organization.

The information was first reported by CNN, and confirmed by UNICEF, which declined to comment further. It is still unclear if the children were expelled without their parents, got separated during the journey or fled Haiti alone.

The Dominican Republic has, however, denied the claim. Venancio Alcántara, director of the Dominican Republic’s migration authority, said that the agency follows specific procedures with child migrants and that “minors are with their parents at all times.”

“All deportations are carried out with complete and absolute respect for human dignity and human rights,” Alcántara wrote in a statement.

Only recently, the U.S. Embassy in the capital of Santo Domingo had warned that the Dominican government actions (against Haitian migrants) could pose a problem for darker-skinned Americans and African Americans traveling in the Dominican Republic.

The Dominican Foreign Ministry had then made it clear that it had a sovereign right to enforce its immigration policies. However, the US, it seems, will not stop interfering in this matter any time soon.

Apart from the claims made by UNICEF, the U.S. government has also announced that it will detain all imports of sugar and related products made in the Dominican Republic by Central Romana Corporation, Ltd. amid allegations that it uses forced labor.

The company has been accused of withholding wages, fostering abusive working and living conditions among others.

Central Romana said in a written response to The Associated Press that it received the news about the import ban with “great astonishment.”

Central Romana, which has long faced those types of accusations, is the Dominican Republic’s largest sugar producer in an industry that exports more than $100 million worth of products to the U.S. every year.

The announcement by the US was cheered by activists who have long decried the treatment of tens of thousands of workers who live and work on sprawling sugarcane fields, many of them Haitian migrants or descendants of them.

This issue has been raised before and sugarcane workers also have organized several protests this year to demand permanent residencies after working for decades in the Dominican Republic.

However, the timing of the announcement by the US to detain all imports raises doubt on its intentions. Why is such an action taken by the US now?

This announcement can be viewed as part of a series of recent pressure tactics adopted by the US to force the Dominican Republic to obey US orders. More than any real concern for the workers’ conditions it appears more like another attempt by the US to punish the Dominican government.