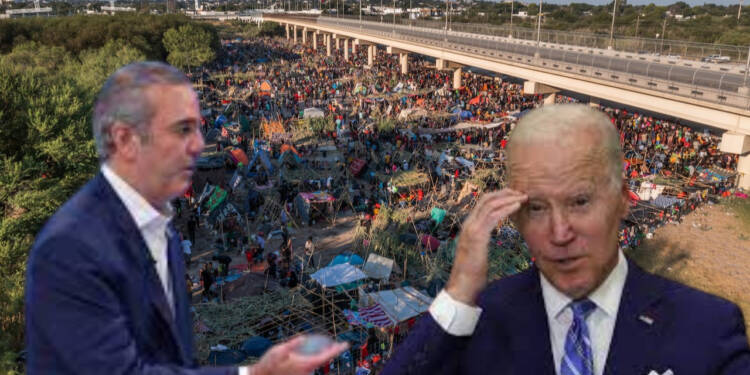 The US has already created a mess in Haiti. The crisis in Haiti has forced many Haitians to flee the country to other neighbouring countries. The US has refused to take the Haitian migrants and is deporting them. However, the US wants the Dominican Republic, a small Caribbean nation to suffer for it. The US is now again forcing the Dominican Republic to stop deporting Haitian migrants, by blaming it for “racism” this time.

The Dominican Republic has rejected all criticism of its Haitian deportations. Its authorities have ramped up border enforcement and deportations of Haitians, saying such actions are crucial to national security.

The ongoing crisis in Haiti is also partly because of foreign interference in its internal affairs. The US is a part of a secretive colonial and imperial alliance in Haiti known as the “Core Group” which has deepened the country’s crisis. They run the political system of Haiti under the guise of “protecting its democracy”.

As the country’s situation is deteriorating, Haitians are fleeing the nation and migrating to other countries like the US and the Dominican Republic.  However, the US too has turned away Haitians who are fleeing the deadly conflict. From January 1 to February 26, The US sent 20,309 people back – amounting to 79 per cent of all repatriations – including 5,004 children.

Only recently, the UN’s main human rights agency called only on the Dominican Republic to halt the deportations of Haitian migrants at a time of unrest in their country.

The President of the Dominican Republic then termed the statements of the United Nations High Commissioner for Human Rights, as unacceptable.

“The migration policy of each country is within the jurisdiction of each government, which makes these statements unacceptable and irresponsible”, he added.

The U.S. Embassy in the capital of Santo Domingo warned that the Dominican government actions (against Haitian migrants) could pose a problem for darker-skinned Americans and African Americans travelling in the Dominican Republic.

Dominican government shows mirror to US

The Dominican Ministry of Foreign Relations has lashed back at the criticism, saying the American government had “no evidence” of any sort of systematic human rights violations.

“The Dominican government never could have imagined there would be such a harsh insinuation made about our country,” the ministry wrote, “much less from an ally that has been subject to accusations of the xenophobic and racist treatment of migrants, including in parts of its own population.”

It is to be mentioned here that the Dominican Republic depends heavily on tourism. Its businesses rely heavily on annual international visitors.

As per a report, The Dominican Republic generated around 7.56 billion US dollars in 2020 in the tourism sector alone. This corresponds to 8.0 per cent of its gross domestic product and approximately 24 per cent of all international tourism receipts in the Caribbean.

However, this statement by the US embassy against its “ally” is unfortunate for many reasons.

In a blistering response, the Dominican Foreign Ministry has strongly stated that the Caribbean nation has a sovereign right to enforce its immigration policies.

The US is the Dominican Republic’s largest trading partner and US visitors have helped give the country one of the strongest post-pandemic tourism recoveries of anywhere in the world.

The embassy’s alert “could negatively impact thousands of Dominican workers as well as our economy, even if that wasn’t the objective,” the Foreign Ministry said.

At a time when the US has defended its own practice of deporting and expelling Haitian migrants, now it is trying to force the Dominican government to take Haitians by blaming it for racism. This move of the US reeks of hypocrisy. The Dominican Republic has done well to not take it lying down.