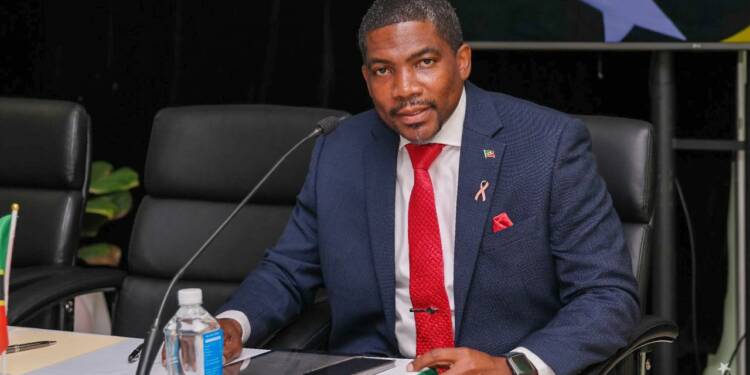 Problems like illegal foreign weapons, drug smuggling and international fugitives in the Caribbean region made the government of St Kitts and Nevis take a constructive decision with regard to its passport. The regime of Terrance Drew’s course of action is intended to heighten the well-being of the country. While doing so St Kitts and Nevis used the ordeal of nearby nations like the Dominican Republic and the Bahamas as lessons in its approach.

The government of St Kitts and Nevis has decided to make a number of changes to its passport. The Cabinet Secretary, Dr Marcus Natta, stated that changes include enhancing the number of pages from 32 to 48 and new security features will be incorporated in all the pages such as laminate and Laser Engraved Polycarbonate data-pages.

The passport of St Kitts and Nevis has been considered as the strongest in the Caribbean region, it allows its holders to travel to nations like Russia, Singapore, the UK etc.

Reasons for this move

The decision of the government of St Kitts and Nevis is intended to consolidate the security of the nation considering the problems of international fugitives, arms smuggling and narcotics trafficking.

As a Chinese fugitive named Ren Biao, who committed massive financial fraud of $100 million in his home country, managed to obtain a passport of St Kitts and Nevis through its Citizenship by Investment Programme in 2013. In 2014, Biao was a subject of a red notice of Interpol following a request from China. This case damaged the reputation of St Kitts and Nevis as a safe haven for international fugitives.

Similarly, the government of Dominican Republic is struggling with the problem of military-style weapons trafficked from the US and other nations. It is spending huge resources to curb the flow of weapons into the country. In fact, the authorities seized a shipment of high-grade rifles, pistols and explosives worth millions of dollars. Between April 2019 and March, 2022, Dominican authorities confiscated around 5000 firearms.

Dominican Republic is not the only country dealing with arms trafficking as the Bahamas is also grappling with the same issue. The weapons, 90% of which originate from weapons manufacturers and gun shops in the US, are driving up the murder rate in the country.

The rising homicide and other crimes in the Bahamas prompted its prime minister to urge the US government to take constructive action on weapons trafficking. Now, drug trafficking is another disease plaguing the Caribbean nations like Haiti. Haiti is infamous for being a transit point in the illegal drug trade between Latin America and the US. In fact, Haiti used to be a transit hub for Pablo Escobar’s drug empire during the 1980s.

In April this year, a notorious narcotics smuggler named Jean Eliobert Jasme was extradited from Haiti to the US after his arrest in March. The Miami Herald reported that he conspired with two Haitian police officers to transport cocaine into the US through Haiti, the Bahamas and the Dominican Republic.

Now, coming back to the move of St Kitts and Nevis’s government to upgrade its passport in order to enhance its security. It is evident from the aforementioned developments, that the nation is resolved to strengthen its border and boost its security apparatus. Unfortunately, the Caribbean nations are infamous for being hubs of tax havens, money laundering, crime etc. The experiences of the Dominican Republic, Haiti and Bahamas made St Kitts and Nevis realise that a drastic measure needs to be implemented otherwise it too will be impacted by the problems of arms smuggling, illegal migration and narcotics trafficking. Therefore, the decision to enhance the security features of its passport will improve St Kitts and Nevis’s safety in the long run.