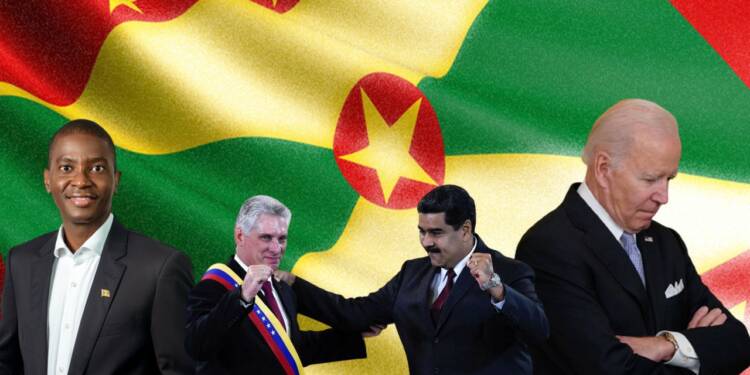 Even the allies of the US realise that what it is doing with nations like Cuba and Venezeula is unjust and represents the gravest form of violation of international law. But fortunately, in addition to Grenada, Venezuela has been receiving widespread support from powerful nations which are not afraid of Washington’s dominance and are always prepared to challenge its arrogance.

The Prime Minister of Grenada, Dickon Mitchell, demanded the lifting of economic and financial sanctions put on Cuba by the US. Speaking at the session of the Cuban parliament for the 18th anniversary of the Bolivarian Alliance for the Peoples of Our America People’s Trade Agreement (ALBA-TCP), he also condemned the US government for putting Cuba on its list of terror nations.

Mitchel also highlighted Washington’s brutal treatment of Venezuela and praised both the Latin American countries for their consistent support during the Covid 19 pandemic.

The US has been terrorizing Cuba for a very long time. In fact, ever since the founding of a socialist regime by Fidel Castro, who toppled the corrupt government of Fulgencio Batista, Washington interfered in the internal matters of Cuba. In response to its growing ties with USSR, then US president John F. Kennedy imposed an embargo on Cuba. This measure had tremendous repercussions on its economy, as a matter-of-fact Cuba has lost $130 billion in the last sixty years.

Similarly, the US imposed a series of sanctions on Venezuela in 2006. The measures banned its government from the US financial system, froze the bank accounts and assets of Nicolas Maduro and his associates, forbade energy imports from the state-owned oil and gas company called PDVSA etc.

The US justified its decision in the name of safeguarding democracy, rule of law and civil liberties, Washington also cited Venezuela’s lack of cooperation in its anti-terror and anti-narcotics operations as a reason for its decisions.

These sanctions not only continued but also enhanced as in 2014 the Obama administration decided to target specific individuals in the Venezuelan government who it believed were responsible for human rights abuses. In 2017, president Trump tightened the sanctions with the purpose of overthrowing the regime of Nicolas Maduro and backed an interim government headed by opposition leader Juan Guaido. After Biden became president, he chose to continue the sanctions on Venezuela.

However, following the initiation of Russia’s military operation against Ukraine and subsequent sanctions which led to record inflation and energy crisis, Joe Biden has started reversing his regime’s policies with respect to Venezuela. The US is in a helpless situation right now. As a matter of fact, one month after Moscow’s military operation, Joe Biden started requesting oil from Venezuela in the wake of Russia blocking its energy supply due to the West’s sanctions.

In fact, recently, the US’s Treasury Department issued a six month license to an American oil company called Chevron for the extraction of oil from Venezuela. Eventually, the Venezuelan government agreed for a deal with the US. However, as Venezuela has suffered years of economic subjugation, diplomatic isolation and political repression at the hands of the US, therefore lately it has been strengthening its relations with Biden’s arch enemy Russia.

As on February 17th this year, Russian and Venezuelan officials met for high-level talks. The meeting between Russia’s deputy prime minister, Yuri Borisov and Venezuela’s petroleum minister Tareck El Aissami focused on consolidating both countries’ strategic partnership. It must be noted that the meeting took place a day after the US and its allies send their diplomats to the South American nation in order to bring it on their side.

Similarly, TFI Global explained that Venezuela will be hosting joint military exercises with Russia, China and Iran. The four countries, which are the main rivals of the US, have been consolidating their ties in a wide range of fields. While Russia chose Venezuela to host a game in its International Army Games, an event which involves competitions to examine the artillery calculation, chemical defense and intelligence of 30 nations. In the shooting competition, 300 Venezuelan soldiers participated

And on December 14th this year, Russian deputy prime minister Alexander Novak met Venezuela’s oil minister in Caracas where they negotiated a debt restructuring deal and discussed about market fluctuation.

Therefore, these developments clearly show that the Venezuela has embraced Russia and is not going to fall into the trap of the US and its allies which will only use it to satiate their selfish political and economic interests.

A helpless Washington cannot terrorise the Latin American and Caribbean countries for too long because now they have an ally in Putin who has destroyed not only the sanction war of the West but also resisted the military aggressions actively.