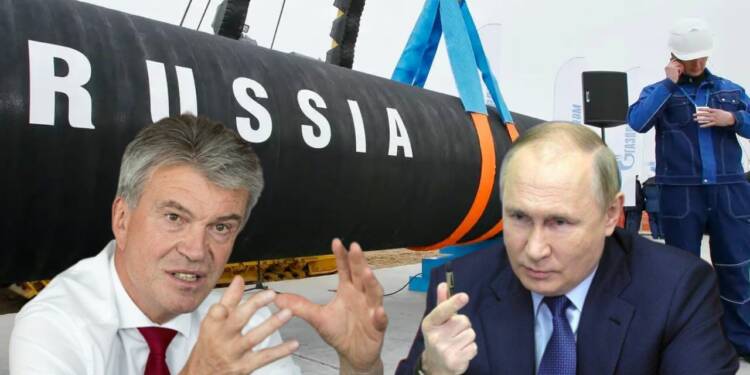 After the sanctions on Russia, European countries are trying to gain brownie points by portraying themselves as independent of Russian energy. European bloc takes them as an example and thumps its chest to show how insignificant Russian energy was, and how their plans have worked.

However, Austria’s energy head has exposed EU’s lies. Last month, Austria’s ministry for Climate Action, Environment, Energy, Mobility, Innovation, and Technology claimed that Russian gas’s market share in Austria plummeted from 79% in February to 21% in September of this year.

Minister Leonore Gewessler said, “We have made a big step towards reducing our dependence on Russian gas. The final goal has not been reached yet as we will become truly free only when we are completely able to do without Russian gas. We are tirelessly addressing this every day.”

The minister claimed that gas sourced from Central Asia, North Africa, and Norway is replacing Russian energy resources. The country was hailed across the continent for coming as an example for other countries who are still struggling to reduce their overdependence on Russia.

And why not? European Union had aimed to break countries’ dependence on Russian energy. But the hunky-dory example didn’t last long as it was exposed by Austria’s energy chief executive.

Werner Steinecker, the departing CEO of Austria’s energy behemoth Energie AG, claims that about half of the country’s imported gas comes from Russia. Speaking to reporters on Wednesday, he said that claims that the country( Austria)  is only using 20% of Russian “blue fuel” are simply untrue.

According to the OONachrichten daily, Steinecker said in response to prior remarks made by Austrian Chancellor Karl Nehammer, “Although dependence on Russian gas has decreased, but not from 80 to 20%, as some federal politicians want to convince us. Rather, up to 40-50%.”

When Russian gas is purchased by Europe “in detour,” according to Steinecker, it is no longer “called Russian.” We are talking about “false labelling,” he insisted.

Not just Russian gas, Russian oil has been mislabelled in a similar manner by several countries. The UK has labelled Russian oil by the country of dispatch, and not the country of production i.e., Russia. The UK too claimed that it has ended its dependency on Russian hydrocarbons by this technique.

Kwarteng had said, “Our trade, financial and personal sanctions are having an effect on the Russian economy. The British government has sent a clear message to Putin’s regime and to those who support him in his war against Ukraine.”

Steinecker further attacked the US which has capitalised on the shortage of Russian gas in Europe. Steinecker added that the United States’ 20-year take-or-pay contracts will ensure that gas prices in the region remain high. He pointed out that Washington is now making money from the supply of pricey liquefied natural gas (LNG), which is impeding the reconciliation of Russia and Europe.

All in all, Steinecker exposed the Austrian government’s and EU’s outright lie of reduced dependence on Russian energy. The alternatives have burnt a hole in nations’ pockets. And that can’t be ignored when we look at the broader perspective.