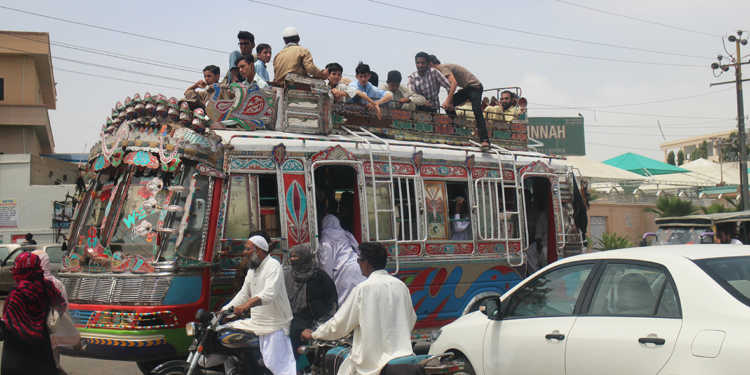 It seems that the Pakistan’s bad days are here to stay. In the latest blow by the Global Money Laundering & Terrorist Financing Threat Assessment organisation, Pakistan has been formally placed in the grey list of The Financial Action Task Force (FATF). FATF is an intergovernmental organization founded in 1989 by G7 (a group consisting of Canada, France, Germany, Italy, Japan, the United Kingdom, and the United States) to develop policies to combat money laundering, and in 2001 its mandate expanded to include terrorism financing. The FATF prepares two lists the ‘black list’ and ‘Grey list’. If a country is included in the black list then it has to face international sanctions, although the actions against a grey list country are very minimal. The chances of being included in the black list were looming over Pakistan and the country was so scared that it sent interim finance minister Dr. Shamshad Akhtar to Paris to where the FATF was to decide after a six-day meeting whether the country should be placed on the blacklist of countries that financially aid terrorism. The delegation sent to defend the country included officials from the Federal Investigation Agency (FIA), State Bank of Pakistan (SBP), Finance Ministry and the Financial Monitoring Unit (FMU).

The FATF in its meeting in February has decided to formally place the country in grey list in June. The decision was formally accepted in the six day meeting from June 24 to 29 this month. The FATF warned Pakistan that if the country does not want to be included in black list, “It will be demonstrating that competent authorities are cooperating and taking action to identify and take enforcement action against illegal money or value transfer services.” The International Co-operation Review Group (ICRG) said in its report that “While Pakistan has the regulatory and legal framework, there is a serious risk of bulk cash smuggling across the borders, including related to the existence and operation of UN-designated individuals and groups, Pakistan did not demonstrate that the financing element was pursued consistently and the difference between terrorism and terrorism financing cases in the provinces raised questions.”

If a country is included in the FATF black list or grey list, its overall investment position goes down. The countries which are included in black list are not allowed to issue government bonds through which the government of a country borrows from international market. Although Pakistan is not included in the black list, being included in the grey list will make its sovereign bonds less attractive to international investors. Pakistan needs to understand that if they do not take prompt action against terrorism  and terror training on their soil, they will be included in black list and suffer further economic sanctions. Now Pakistan stands in the league of countries like Ethiopia, Serbia, Sri Lanka, Syria, Trinidad and Tobago, Tunisia and Yemen which are facing worst strategic deficiencies. The country should curb its  terrorist activities or risk a serious fallout on the Pakistani economy.