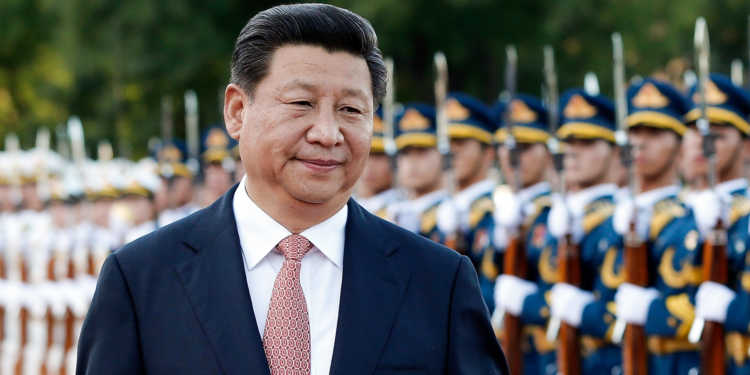 After India’s firm no, nations across the globe are realizing that the One Belt, One Road (OBOR) initiative of China is nothing but a neo colonial tool for expanding its sphere of influence. The recent examples of Sri Lanka where China took over the Hambantota Port on lease for 99 years because Colombo could not pay back the loan, along with some other similar examples have been an eye-opener for other nations. Malaysia, a strategically important country of 32 million people in the Indian Ocean has told Chinese contractors to suspend work on $20 billion East Coast Railway Link. The 688 km (430 miles) long East Coast Rail Link was planned to connect the South China Sea in the east coast of the Malaysian Peninsula with strategic shipping routes in the west, and was a major part of China’s infrastructure push across Asia and beyond. Malaysian ports are very important in world trade as the main naval route between East Asia and Europe passes through it.

The Malaysia Rail Link (MRL) sent a letter to China Communications Construction Co Ltd (CCCC) and asked to halt the project due to various reasons including ‘National Interests’. According to Financial news outlet The Edge, the newly elected government of Malaysia wants to renegotiate the terms of the deal with China. Mahathir bin Mohamad, who was elected President in the 2018 Malaysian general election, has taken many bold decisions such as the scrapping of single rate GST in the country. Previously he had been Prime Minister of the country between 1981 to 2003. The previous regime led by Najib Razak had been very unpopular and was accused of being corrupt and elitist. The Najib Razak government had been very soft on China and gave some major projects to Chinese companies without a fair bidding. Malaysian Finance Minister Lim Guan Eng has said that he plans to visit China soon to renegotiate the terms of the deal and said in a statement on Tuesday that “We expect that the ECRL project will only become financially and economically feasible if there is a drastic price reduction of the project by the CCCC, Completing Malaysia’s biggest rail project as previously planned would cost $20 billion”, Lim said on Tuesday, nearly 50% higher than estimates under the previous government. The Chinese company CCCC said “We respect and comply with Malaysian laws. Under the situation, we have no choice but to adhere to the suspension instruction.”

The One Belt One Road (OBOR) initiative, is a major part of the domestic and foreign policy agenda of Chinese President Xi Jinping. OBOR represents by far China’s most ambitious project to connect the country with Africa, Central and Southeast Asia, Europe and the Middle East through transportation infrastructure. OBOR’s two main components, the Silk Road Economic Belt and the Maritime Silk Road, comprise a multi-trillion-dollar plan spanning 68 countries, which represent 60 percent of the global population and up to 40 percent of global GDP. The OBOR’s stated goal is to develop infrastructure for poorly connected regions of the world, but the hidden agenda behind this ambitious plan is to lay the groundwork for a Sino centric global order. China wants to economically colonize the poor countries in Central, South and Southeast Asia through this ambitious project, as it has already done in Africa. This project could be compared to the Marshall Plan which United States announced for infrastructure building in post World War II Europe. The unstated goal of the Marshall Plan was to stop countries in Europe from joining the Soviet Union and pressure them to join NATO by building ports, pipelines, roads, and railways for them. Similarly, by building ports, economic zones, railways for poor countries like Pakistan, China aims to bring them under its hegemony.